Sony Pictures and Marvel Studios deserve immense credit for their unprecedented collaboration as rival studios. Spider-Man is undoubtedly Sony’s most valuable cinematic asset. But after The Amazing Spider-Man 2 disappointed in 2014, Sony recognized the need for a creative overhaul. Meanwhile, Marvel Studios has built the Marvel Cinematic Universe into the most consistently successful franchise in Hollywood history. But it had been without the Marvel brand’s most popular character in Peter Parker. Understanding the potential for a mutually beneficial arrangement, the two sides agreed to share the character which has enabled Tom Holland’s Spider-Man to appear in MCU films Captain America: Civil War, Spider-Man: Homecoming, Avengers: Infinity War, Avengers: Endgame, Spider-Man: Far From Home and December’s Spider-Man: No Way Home.

Thus far, the MCU-Sony partnership has only accounted for Holland’s Spider-Man. But a trailer for Sony’s upcoming Marvel flick Morbius featured nods to Spidey as well as an appearance from Michael Keaton’s Vulture (introduced in the MCU’s Homecoming). Now, Venom: Let There Be Carnage has taken the brand integration a step further.

[Warning: the following contains spoilers for Venom: Let There Be Carnage]

In the Venom sequel’s post-credits scene, Eddie Brock and Venom (Tom Hardy) are relaxing on a tropical getaway. While watching television in their hotel, the two begin to discuss the symbiote species hive mind that spans generations and universes. Suddenly, they find themselves transported to the MCU, where J. Jonah Jameson (J.K. Simmons) is on television railing against Holland’s Peter Parker/Spider-Man. Previously, the Venom franchise had been a separate Marvel entity from the MCU. But the end credits stinger is setting the stage for Hardy’s anti-hero to meet Holland’s web-head within the constructs of the MCU. In other words, Venom will be walking around the same continuity as the Avengers. Cool.

“There was a lot of coordination — and if you don’t know all the coordination yet, I’m not going to be the one to tell you — but yes, between Sony and Marvel and the Venom team and the No Way Home team,” Feige told The Hollywood Reporter. “We worked together on it.”

Does that mean that No Way Home, which is already confirmed to feature multiple villains from past Spider-Man franchises (such as Alfred Molina’s Doc Ock from 2004’s Spider-Man 2) and rumored to feature previous Spider-Men Tobey Maguire and Andrew Garfield, will also include Hardy’s Venom? Feige wouldn’t say. As is, the movie is stuffed to the brim with recognizable characters.

No Way Home completes the public agreement between Marvel and Sony for Holland’s iteration of Spider-Man, which has elicited concern from fans over the character’s murky future. Sony could still reclaim him exclusively for its own fledgling Marvel-verse. But Venom: Let There Be Carnage seems to suggest that there’s more freedom of movement available to these Marvel characters than initially believed. 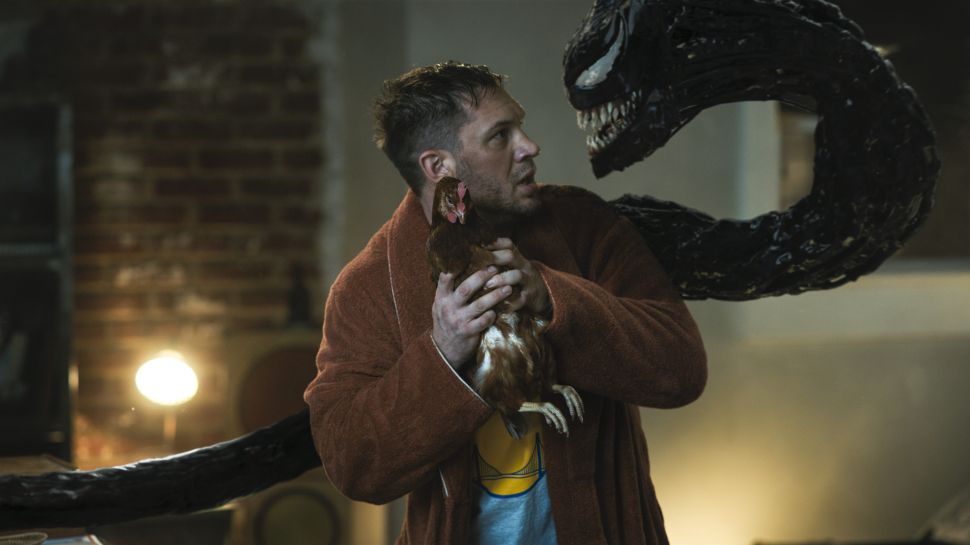