The technology with which Hollywood distributes its top tier programming and the methods in which we, the hungry audience, consume it may not be cyclical. The VHS will not be making a comeback, much to Blockbuster’s dismay. But the storytelling strategies and approaches that creators use do tend to enjoy the naturals ebbs and flows of trends and fads. Big budget limited and miniseries transformed television in the 1970s and ’80s, only to fall out of fashion. But over the last decade, as theatrical viability has narrowed and streaming has exploded, we find ourselves in a new golden age of miniseries.

As part of this cultural renaissance, anthologies—best popularized by The Twilight Zone in the 1960s—have surged back into prominence. Black Mirror recreated the mind-bending standalone fanatics of its predecessor when it debuted in 2011. HBO’s True Detective and FX’s Fargo piqued Hollywood’s demand for seasonal anthologies after debuting in 2014. In returning with such fervor, the anthology format, which is meant to create a space for compelling self-contained stories, has ironically offered a lifeline to towering intellectual property franchises looking to stay fresh and top of mind.

Anthologies now offer name brand IP the opportunity to expand while utilizing non-traditional mediums. Specifically, we just saw Disney+ deliver What If…? and Star Wars: Visions, but these are far from the first anthologies in the last few years. Netflix helped Black Mirror reach a larger audience and pushed David Fincher and Tim Miller’s Love, Death, and Robots, as well as the Coen Brothers’ The Ballad of Buster Scruggs to a high level of popularity.

As viewers are being broken away from the traditional seasons consisting of 30 and 60 minute time blocks for shows, yet still fall under the gravitational influence of their couches, the streaming industry has a lot more flexibility with how it delivers content. Anthologies offer several unique upsides as the embryonic direct-to-consumer streaming industry still navigates its path.

Audiences vote with their wallets and the consensus reached has been that new concepts and unfamiliar experimentation are poor bets. Viewers flock to the safety and comfort of the known. Yet one way to circumvent this reality is to slap a brand name onto something new, providing an intersection between familiarity and exploration.

The great benefit of Star Wars: Visions was the sense of turning something old into something new. An animated episodic anthology with seven Japanese animation studios creating nine episodes provides Disney and Lucasfilm with an environment to experiment with new visual and narrative storytelling. The best elements can then be translated into whichever big productions the studios highly value moving forward. Marvel’s animated What If… delivered a similar experience, priming audiences on the rules and regulations of a Multiverse before the concept is trotted out in blockbuster fashion in December’s Spider-Man: No Way Home.

Both anthologies serve as something of a developmental ground for the franchises. (We’ve even argued for Watchmen and Game of Thrones anthologies!).

Finally, after countless versions of Batman, Superman, Spider-Man, and Hulk have dominated the big screen, major studios are beginning to dig deeper into their rosters to introduce new characters. Anthologies are a strong avenue to take in order to prop up less heralded names from these sprawling fictional universes.

“It allows big IP holders to utilize their lesser known, smaller IP,” Cherubini said. “I actually think that if DC brought back their Justice League: Unlimited type story-telling and went through individual stories of their smaller heroes (like The Question and Booster Gold) it could be a great way to maximize that value.”

Uber-producer Greg Berlanti has been trying to get a Booster Gold movie off the ground for years, yet nothing has come of it. But other beloved DC characters that aren’t as well known as Batman and Superman, such as Static, Justice League Dark, and Constantine, are all getting their own projects in the coming years. While these aren’t anthologies, their development emphasizes the need to leverage all elements of major IP to keep franchises as fresh as possible. Why HBO Max hasn’t yet greenlit an anthology series about the Aurors in the Wizarding World of Harry Potter is unknown.

Gen Z is already pulled toward the short-form video content of YouTube and TikTok. An episodic anthology feeds into this key demographic’s desire for an ever-changing scroll of punchy content.

For all the creativity necessary to fuel the engine of entertainment, Hollywood is still a numbers game. The resources needed to fund a hit franchise are tremendous and few in the industry can afford to spend big money on a flop.

“It is a low-cost method to try out different IP without having to invest large amounts of money,” Cherubini said. “I’m thinking that with the money Netflix spent on Jupiter’s Legacy, they could have adapted a bunch of different stories within an anthology framework (Imagine the old ‘Dark Horse Presents’ comic book as an anthology of shorts) and then greenlight features based on which stories and storytelling methods are the most popular.”

Netflix’s Jupiter’s Legacy was a $200 million failure. Introducing it within an anthology structure may not have avoided that fate, but it could have better directed the strategic composition of Millarworld’s IP, which Netflix acquired for $100 million in 2017. Streamers are increasingly making data-driven decisions, after all. 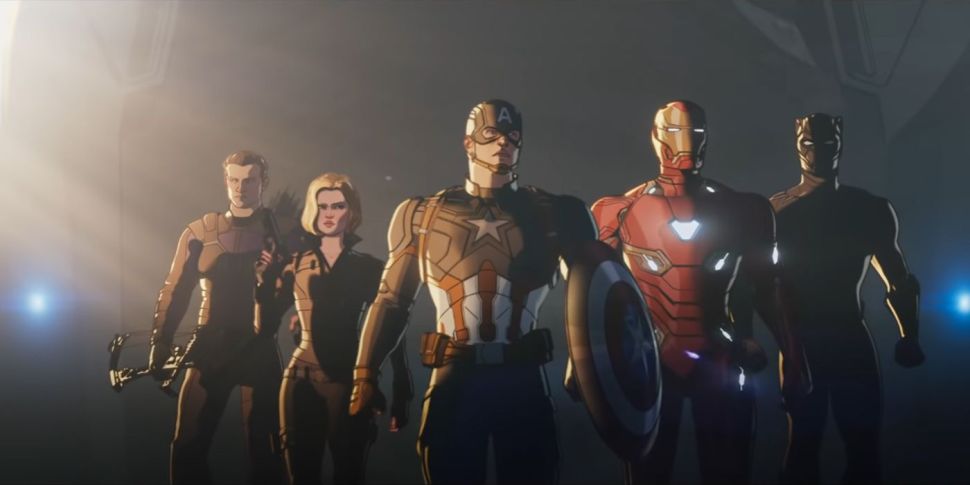