An oral antiviral pill developed by pharma giant Merck and Florida startup Ridgeback Biotherapeutics can reduce the risk of hospitalization and death caused by COVID-19 by half, the two companies said on Friday when reporting results from a Phase 3 trial of the experimental drug.

The pill, called molnupiravir, helps cut hospitalization by half in COVID-19 patients with mild to moderate symptoms after a month, according to an interim analysis of a Phase 3 study. Among nearly 800 trial participants recruited globally before August 5, 7.3 percent of those receiving molnupiravir were hospitalized through day 29, compared with 14.1 percent of placebo-treated patients who were hospitalized or died.

Merck and Biotherapeutics said they plan to submit the drug for the FDA’s emergency use authorization as soon as possible and will seek regulatory approval worldwide. If authorized, molnupiravir will be the first oral COVID-19 medicine in the world intended for widespread use. One other antiviral oral drug, Remdesivir, has been approved by the FDA to treat COVID-19. But it’s meant for use in hospitalized patients only.

Molnupiravir works by interfering with an enzyme that COVID-19 uses to copy its genetic code and reproduce itself. The pill has shown similar effect against other viruses.

“Molnupiravir is a nucleoside-analog, a type of antiviral that has been effective against other viruses. So the mechanism here makes sense,” said Dr. Ashish K. Jha, the dean of Brown University School of Public Health, in a tweet on Friday.

Merck originally planned to recruit 1,550 people in the Phase 3 study. But an independent committee, in consultation with the FDA, recommended Merck to stop the enrollment after seeing the positive interim results. “A group of independent experts saw the data and said ‘we’ve seen enough’ and stopped the trial because the drug was clearly working. That’s important verification,” said Dr. Jha.

Although molnupiravir is not a vaccine, public health experts have high hopes for it to help contain the coronavirus’ spread by treating infections at an early stage.

“With the virus continuing to circulate widely, and because therapeutic options currently available are infused and/or require access to a healthcare facility, antiviral treatments that can be taken at home to keep people with COVID-19 out of the hospital are critically needed,” Ridgeback CEO Wendy Holman said in a statement.

“With these compelling results, we are optimistic that molnupiravir can become an important medicine as part of the global effort to fight the pandemic,” added Merck CEO and President Robert M. Davis.

The U.S. government has committed to purchase 1.7 million doses of the drug if it is authorized by the FDA. Regardless of when an FDA EUA arrives, Merck says it plans to produce 10 million courses of treatment by the end of 2021, with more doses expected to be produced in 2022.

Other drugmakers, including Pfizer and Roche, are experimental similar oral COVID-19 treatments and could report results in the coming months. 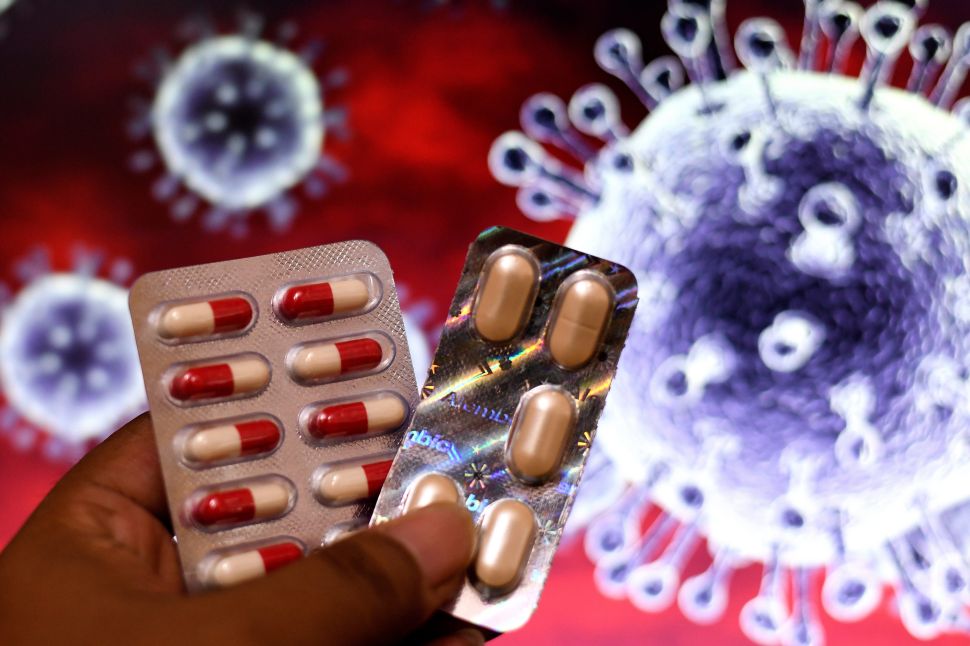