Mixing and matching COVID-19 vaccines made by different companies for booster shots appears safe and just as effective as taking multiple shots of the same vaccine, according to preliminary findings released Wednesday from a study run by the National Institute of Health.

The government-sponsored clinical trial studied 458 adults split into three groups by the brand of COVID-19 vaccine they originally received: Moderna, Pfizer-BioNTech and Johnson & Johnson. Each group was divided again into three smaller groups to receive different booster shots made by the three companies.

“These data suggest that if a vaccine is approved or authorized as a booster, an immune response will be generated regardless of the primary COVID-19 vaccination regimen,” the study’s researchers wrote in a preprint posted on medRxiv.org.

The results are important news to Americans who initially received the single dose J&J vaccine but want a booster of the more effective mRNA vaccine, as well as countries facing fluctuating supplies of the various vaccines.

However, the trial is not large enough to clearly indicate which combination of vaccines offers the best protection. (Each test group had only about 50 participants.) Also, the findings have not been reviewed by independent experts or published in a medical journal.

Researchers conducting the trial are expected to share more details about the study on Friday in front of the FDA’s Vaccines and Related Biological Products Advisory Committee.

The FDA’s vaccine committee is meeting today and tomorrow to vote on whether to authorize a third booster shot of the Moderna vaccine and a second dose of Johnson & Johnson’s vaccine. The agency signed off on a third Pfizer booster for high-risk Americans last month. The panel will likely discuss findings of the NIH study but will not take a vote on the issue.

Two earlier studies, conducted in Spain and the U.K., respectively, found it safe and highly effective to mix the Oxford–AstraZeneca and Pfizer–BioNTech vaccines. Concerned over rare blood clots associated with the AstraZeneca vaccine, U.K. health authorities last month rolled out a program to give people who initially received AstraZeneca an extra dose of Pfizer or a half dose of Moderna as booster. 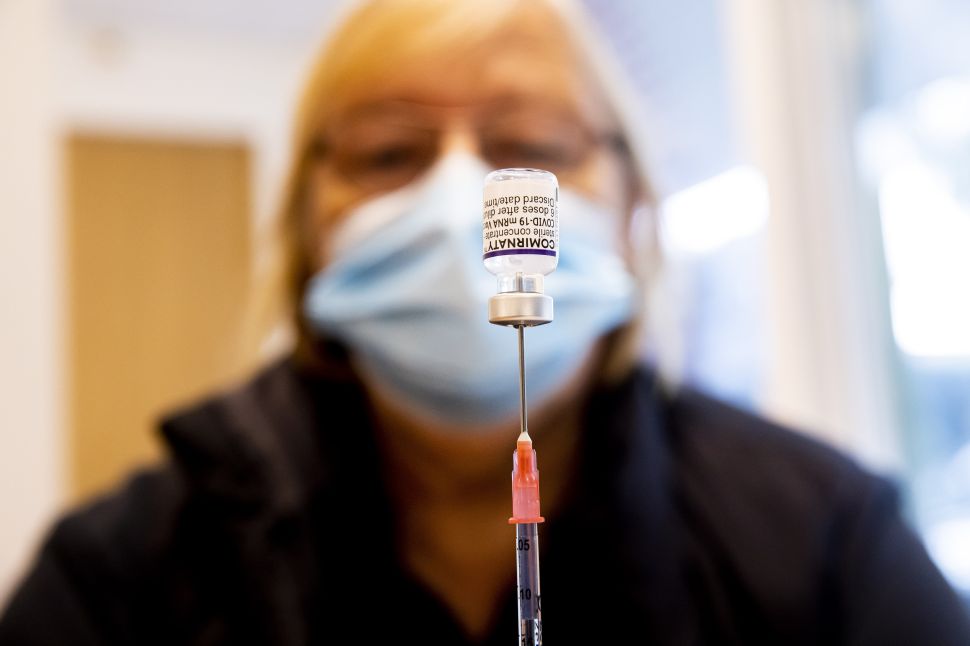