A NASA space telescope has detected signs of a potential planet about 28 million light years away from Earth in the Whirlpool Galaxy, or M51. If confirmed, the planet would be the farthest exoplanet discovered by scientists and could launch a new era of deep space exploration.

In a study published this week, researchers at NASA’s Chandra Observatory said data of X-ray emissions from M51 suggest that there might be an exoplanet roughly the size of Saturn orbiting a neutron star or black hole in the distant galaxy.

Exoplanets are planets outside of our solar system. To date, scientists have confirmed the existence of more than 4,000 such planets in the Milky Way galaxy, often within 3,000 light years of Earth, NASA said. Astronomers have found these planets by detecting transits, or events in which a plant transits in front of a star, blocking some of its light and therefore causing a dip in optical spectrum.

Unlike previous telescopes, the Chandra Observatory is designed to detect the brightness of X-rays, which allow detections at greater distances.

“We are trying to open up a whole new arena for finding other worlds by searching for planet candidates at X-ray wavelengths, a strategy that makes it possible to discover them in other galaxies,” Rosanne Di Stefano, a senior astrophysicist at the Smithsonian Astrophysical Observatory and a Harvard lecturer who led the study, said in a report published this week. 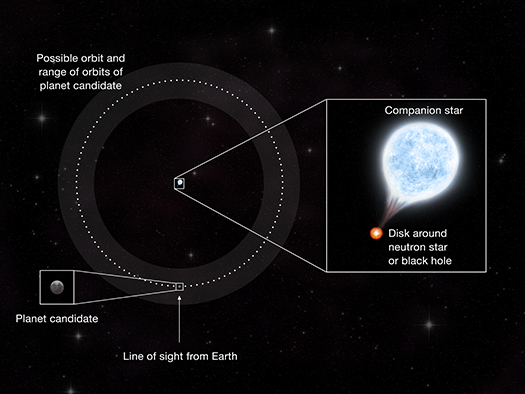 In the study, Di Stefano and colleagues searched for dips in the brightness of X-rays emitted from a binary system called M51-ULS-1, located in M51. This luminous system contains a black hole or neutron star orbiting a companion star with a mass about 20 times that of the Sun. The material near the neutron star or black hole becomes superheated and glows in X-rays.

The X-ray transit they observed lasted about three hours, during which the X-ray emission decreased to zero. This data suggests that the exoplanet candidate would be about the size of Saturn and orbit the neutron star or black hole at twice the distance between Saturn and the Sun.

More data would be needed to verify this finding and exclude the possibility that the dip was caused by a cloud of gas or dust passing in front of the X-ray source. It will be a challenging task, though, because the candidate exoplanet won’t transit in front of its binary center for about 70 years.

“Unfortunately to confirm that we’re seeing a planet we would likely have to wait decades to see another transit,” said co-author Nia Imara of the University of California at Santa Cruz. “And because of the uncertainties about how long it takes to orbit, we wouldn’t know exactly when to look.” 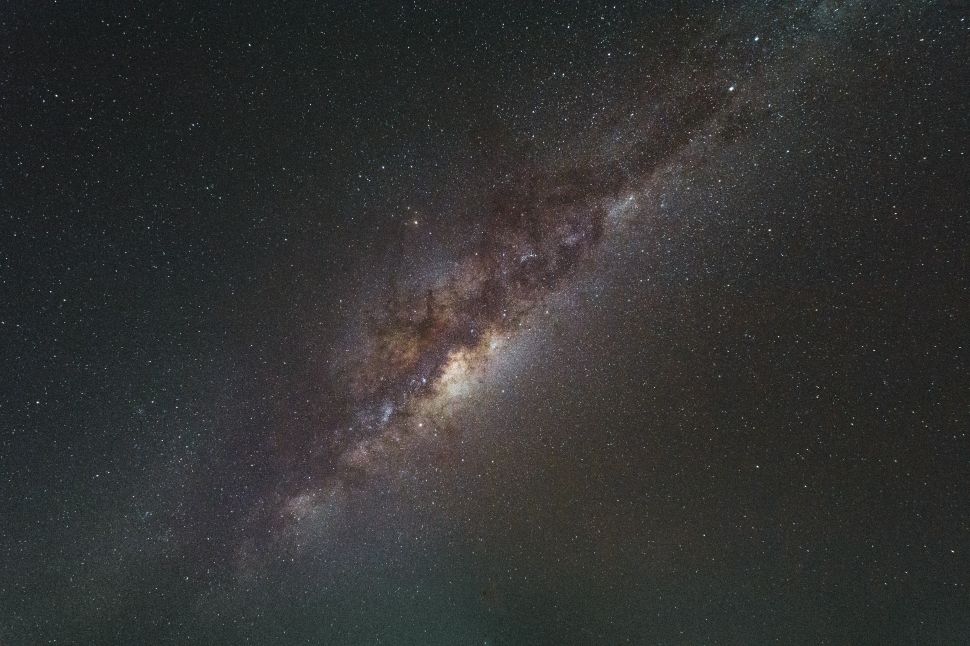