With upwards of 500 scripted series arriving across the small screen every year, television entertainment can be a daunting playground. To help simplify the labyrinth of options, we’ve picked out the biggest series coming to streaming in November. Whether they be expensive blockbusters based on globally popular properties or star-studded A-list led new series, here’s what you can look forward to streaming next month.

Consider the Marvel Cinematic Universe Hollywood’s equivalent to a black hole in that it is all-consuming and never-ending. In 2021 alone, the MCU has delivered four Disney+ series (WandaVision, The Falcon and the Winter Soldier, Loki, What If…?) and three films (Black Widow, Shang-Chi and the Legend of the Ten Rings, Eternals) with more on the way.

One such project is Hawkeye, the six-episode Disney+ limited series that serves as a swan song for Jeremy Renner’s ace archer Clint Barton. Set in a post-blip New York City, it sees our protagonist trying to clean up old messes and make it home to his family in time for Christmas. But the arrival of 22-year-old archer Kate Bishop—an ambitious young would-be superhero played by the wonderful Hailee Steinfeld—as well as a nefarious presence from the past threatens to ruin the holiday cheer.

Hawkeye, which looks like the Marvel version of Home Alone (or maybe that’s Die Hard), will premiere November 24.

Live-action adaptations of beloved animated properties are increasingly fashionable in Hollywood. On top of Netflix’s long-delayed remake of Avatar: The Last Airbender, the market-leading streamer is betting big on a new live-action Cowboy Bebop.

The original series helped spearheaded anime’s infiltration of Western media, popularizing the genre and spawning a decade’s worth of imitators. A Neo-Western science-fiction tale with noir styling, it follows three bounty hunters (aka cowboys) who are each trying to outrun their pasts in one way or another. Led by the always great John Cho as central hero Spike Spiegel, Netflix’s Cowboy Bebop looks to blend the visual aesthetic of the anime with the stylish hyper violence and deliberately over-the-top sensibility of Quentin Tarantino. Not a bad combo.

The Shrink Next Door (Apple TV+)

Friend or foe? That’s the central question posed in the trailer for The Shrink Next Door, Apple TV+’s upcoming dramedy starring Will Ferrell and Paul Rudd. This darkly comic eight-episode limited series adaptation of a true-crime podcast follows the 30-year manipulation of psychiatric patient Martin “Marty” Markowitz (Ferrell) by Dr. Isaac “Ike” Herschkopf (Rudd), a therapist with a Rolodex of celebs and Manhattan elites among his clientele. Freud would have a field day with these two.

Though Ike promises Marty in the trailer to turn him into “the man you truly deserve to be,” the shady doctor opts instead to systematically take over his life, assuming control over his bank account and company, then engineering a wedge with his sister. So much for boundaries. The starry series reunites Anchorman alumni Rudd and Ferrell in a more serious space.

The Shrink Next Door premieres November 12.

In print, The Wheel of Time series spans more than 14 novels published between 1990-2013. With such dense and fantastical source material to translate to the screen, it’s no wonder that showrunner Rafe Judkins turned to the Game of Thrones creators for advice.

The Wheel of Time exists in a world in which only women can utilize magic and a powerful order seek out a prophesied savior before an evil force known as the Dark One can destroy everything. Tolkien would be so proud. It stars Oscar-nominee Rosamund Pike in the lead role and has already been renewed for a second season.

The Wheel of Time premieres November 19.

Season 2 will launch into the start of Catherine’s reign. If it provided nothing more than the crackling chemistry between Fanning and Hoult as the most comedic toxic romance on TV, that would be enough. But Season 2 ups the ante with the introduction of Gillian Anderson as Catherine’s mother. Sparks will fly. 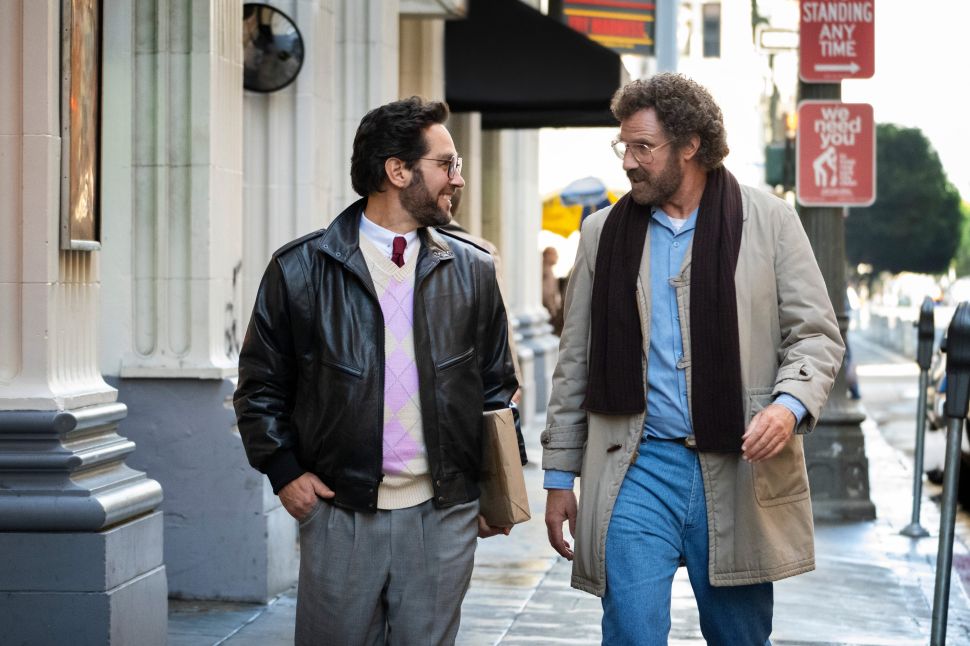