The first thing you need to know about Netflix’s The Harder They Fall is told within the first few minutes, as the film opens with the statement: “While the events of this story are fictional… These. People. Existed.” These are actual historical figures finally getting their big screen due. The second thing you need to know is that writer-director and musician Jeymes “The Bullitts” Samuel has crafted a thrilling and energetic Western with a phenomenal cast. It’s a story that honors the classics while challenging and reinventing what we think of the genre and the people whose stories deserve to be told within it.

The plot is divided between two intertwined stories set in the post-Civil War Wild West. We follow Nat Love (Jonathan Majors), a gunslinger who spends his days hunting down bank robbers and dreams of the day he can avenge the death of his parents and kill Rufus Buck (Idris Elba). On the other side is Buck’s former gang members, who are plotting a big train heist to free their boss and return to run the town Buck envisions as a Black utopia.

The entire cast brings their A-game to the film, which helps make The Harder They Fall feel like a major event that the genre has been waiting decades for. Majors bears an incredible weight of guilt on his shoulders, and the actor makes for a compelling and flawed Western hero, while Elba is having the time of his life as the formidable Rufus Buck, towering over everyone else yet speaking with a calm and soft voice that hides a fascinating and relatable dream as well as a dark secret. The highlight of the film, however, is Delroy Lindo as the legendary Marshall Bass Reeves. Lindo gives a larger-than-life performance that matches the larger-than-life reputation that precedes Reeves wherever he goes, and by the end of the film, you can’t help but hope Netflix greenlights a spin-off TV series straight away.

At a time when blockbusters are resorting to muted colors, The Harder They Fall presents a warm and dry landscape full of color and life. The film wears its influences on its sleeve, paying homage to the films of Sergio Leone, but also Quentin Tarantino, with dynamic and at times rhythmic editing that helps the film move at a brisk and energetic pace that doesn’t slow down.

Though Samuel puts a lot of effort into making the world of the film feel both believable and also faithful to history, it is disappointing to see the film resort to colorism with the casting of Zazie Beetz as Stagecoach Mary, a real person who had dark skin. Likewise, the film seems to come to a halt whenever it attempts to present a romantic subplot between Mary and Nat Love which threatens to ruin the pace of the film.

Though the script is fairly conventional in terms of tropes and narrative, it does present an interesting and exciting twist towards the end that adds emotional resonance to the characters, but comes so late in the story that it feels like a throwaway. Samuel, who also works as a musician, infuses the film with a soundtrack that adds hip-hop, reggae, and afrobeat sounds to an Ennio Morricone-inspired score, reinforcing the idea that the film belongs in this white-dominated genre, but it will open a place for itself by offering a different, and essential vision that the genre has been sorely lacking.

The Harder They Fall may not be the second coming of the Western genre, but it is a highly entertaining film with inspired performances by Majors and Elba, and a thrilling debut from Jeymes Samuels, who makes the case for more movies like this to redefine the Western genre for a new generation. This story may be fictional, but its characters existed, and they deserve more than one film. 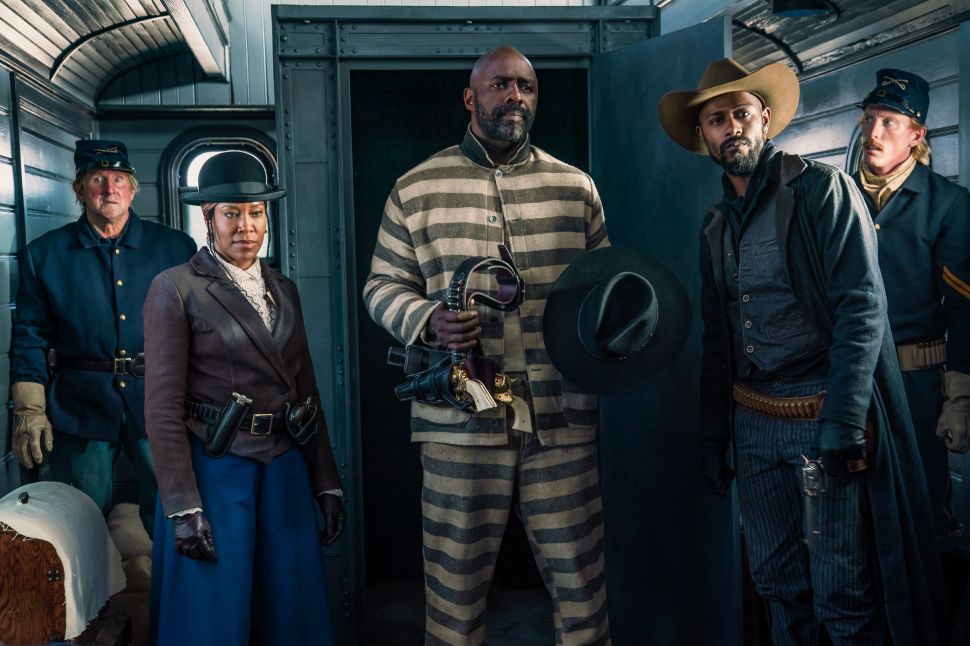