With The Power of the Dog, Jane Campion triumphantly reclaims the director’s chair after 13 years away. Adapted from Thomas Savage’s 1967 novel of the same name, Campion’s modern Western presses against a razor-thin membrane between gentleness and cruelty. It portrays masculinity at its most playful, most volatile, and most hauntingly lonely, acting both as a searing exploration and a gorgeous tapestry of the little, secret moments that make up a person—all while unfolding against the backdrop of cinematic myth.

Jesse Plemmons and Benedict Cumberbatch play brothers George and Phil Burbank, a pair of Montana ranch-owners in a 1920s setting whose design elements have one foot planted firmly in the previous century. The hefty, well-groomed George is generally respected by the locals, while his lankier, more rugged sibling is feared for his spiteful barbs and erratic behavior. Phil calls his brother “fatso.” The words he reserves for people outside his family are even more unkind.

One evening, Phil bullies a scrawny teenage waiter, Peter Gordon (Kodi Smit-McPhee), and in an act of small but merciless dominance, uses Peter’s origami flower to light his cigarette, as if he were purging the boy—and himself—of compassionate sentiment. His verbal assaults also bring the boy’s widowed mother Rose (Kirsten Dunst) to tears, leaving the soft-spoken George to comfort her in the aftermath. One brother is a deluge. The other is sunshine the morning after, and the sullen Rose soon takes to him.

However, as much as the siblings represent differing paths through a changing world, the film’s treatise on kindness and cruelty is born of the alluring dynamic between Cumberbatch’s Phil and Smit-McPhee’s Peter, a pair of characters who feel like uncanny reflections of one another. Cumberbatch, with his shaky American accent, plays a character who always feels like he’s performing the role of a cowboy, from his unwashed hands to the way his spurs rattle and his boots thunder when he saunters into the room and towers over everyone in it. Meanwhile, Smit-McPhee’s dainty, lisping Peter isn’t quite as adept at hiding the discomfort with which he exists in his own skin. His eyes often trail off in different directions, and the imposing Phil is quick to point out Peter’s gawkish appearance, even though Phil’s eyes often move the same way. It’s a tremendous bit of casting—Smit-McPhee may as well be playing a young Cumberbatch—making it readily apparent that whatever Phil hates in others, he seems to hate first and foremost in himself.

Once George finds companionship in Rose, Phil begins acting out and pushing her into the margins of their household, with silent taunts which begin to weigh on her soul. In public, Phil is a menace. Behind closed doors, however, Campion captures devastating moments of isolation, during which his façade begins to crack. His reprieve is a realm of memory, and of a lost and mythical cowboy glory, represented by the saddle of his long-dead mentor Bronco Henry, a man we never see, but a man whose presence looms large through the way Phil carries himself. He speaks of Bronco Henry as if he were the stuff of legend—and a man’s man to boot—though when no else one is around, Phil’s behavior betrays a suppressed tenderness.

The way Phil caresses the trophy saddle, and the care with which he grasps the late Henry’s handkerchief, begin to peel back his hidden layers, as Campion paints a gorgeous picture of his unspoken past and his repressed sexuality through shots of his hands alone. These moments are brief, but immensely touching. They’re often surprising as well—a few fleeting seconds of Phil swimming alone in a creek, and childishly blowing bubbles beneath its surface, are enough to imbue him with a rich history that clashes painfully with his present.

Campion and cinematographer Ari Wegner have a keen eye for the contours of sprawling sunset landscapes, upon which long shadows morph into illusions, but the filmmakers also apply this aesthetic approach to Phil himself. Their exacting camera captures the details of Cumberbatch’s body in vivid hues, from the careful way he moves, to the way harsh light always seems to wrap its way around his cheekbones (like Phil is knowingly positioning himself in its path), to the steady intention with which he lights his tobacco, often in the dark corners of his barn, as if he were lighting his own dim self-portrait. His persona is as much about physical posturing as it is about emotional survival, and each time he begins to smoke—a methodical action repeated during vital story beats—it feels like a ritual, during which he fashions a newer, more impenetrable layer of his cowboy identity.

This identity, however, doesn’t exist in isolation, and the film frames it as a double-edged sword. Rose and Peter often find themselves directly in its path, and they in turn cling to their own survival mechanisms in order to cope. Rose turns to the bottle—Dunst plays even the character’s cheeriest moments with the weight of the world on her shoulders—while Peter, a surgeon in the making, turns to his books and his intellect, as alternatives to the ranch’s harsh, by-the-bootstraps mentality.

Before long, Phil’s cruelty becomes an ever-present fabric permeating the entire film (an idea reflected in Johnny Greenwood’s haunting and atmospheric score, which seems to echo from every corner). When Peter adopts an adorable rabbit, this moment of gentleness feels immediately sullied by a dark cloud. Something is bound to happen to the innocent creature. However, the eventual “what” and “how” of this inevitability set the film on an unexpected path, yet one that plays in perfect harmony with the story’s most jagged and uneasy beats.

The Power of the Dog is a welcome return for Jane Campion, one of New Zealand’s premier filmmakers and one of the great modern dramatists. With four great performances in tow, it unfurls a harrowing tale of pain turned outward and inward all at once, by turning cinematic myths into melancholy memories, and repressed emotions into tender rhythms. 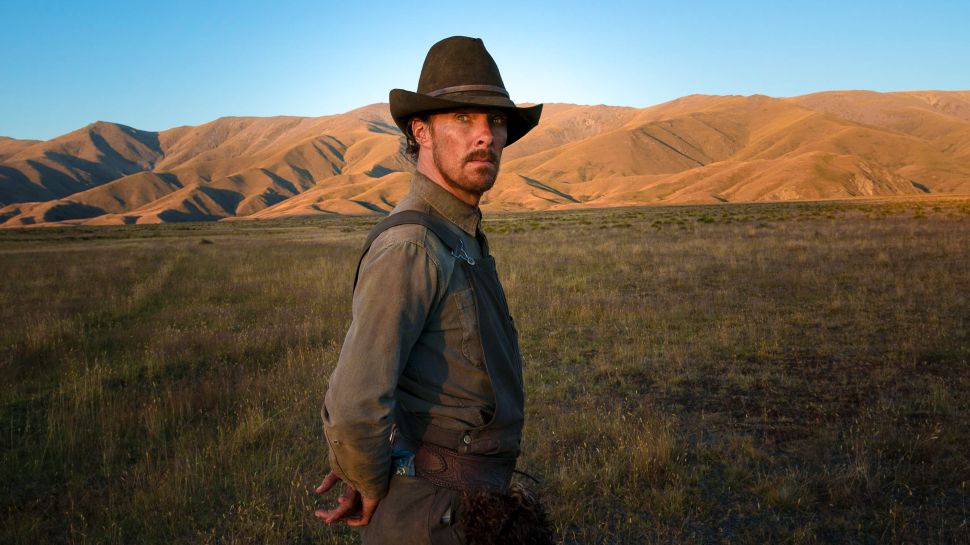