Netflix claims that 142 million member accounts viewed at least two minutes of South Korean drama Squid Game within its first 28 days of availability. This makes it Netflix’s most successful original series ever by a wide margin—Bridgerton was the previous record holder at 82 million. Granted, these numbers come from Netflix’s own self-reported viewership, which are not verified by objective third parties. But there are other factors to consider when evaluating what constitutes a Netflix hit.

Squid Game arrived on Netflix on September 17 with nine episodes ranging from 32-63 minutes in length. As of October 3, the show has earned just south of 90 million hours of viewership in the United States, according to Nielsen. For comparison, here are the viewing hours for other recent Netflix originals within their first four weeks of availability (Nielsen data is four weeks delayed):

We’ll know in the coming weeks if Squid Game overtakes Bridgerton, but we already know due to leaked internal data that the show represents nearly $900 million in value to Netflix. It is, by any metric, a massive sensation.

In Nielsen’s latest interval (September 27-October 3), Squid Game joined the vaunted 3 billion minute club (or 50 million hours), the first time a show has surpassed that mark in 2021, and the first since The Crown (which boasted a much larger library) in November 2020. Over the past two years since Nielsen began tracking streaming viewership, Squid Game is only the sixth content offering to surpass 3 billion minutes watched in a given week. All six titles belong to Netflix—Squid Game, You, Tiger King, Ozark, The Umbrella Academy, The Crown—and two such releases (Tiger King, Ozark) assuredly benefitted from stay-at-home orders at the onset of the pandemic.

What does this all mean for Netflix? For one thing, the streamer’s $500 million investment into South Korean programming appears to be paying off. Netflix’s extensive library of international programming has spearheaded overseas subscriber growth in a way its streaming rivals can’t yet match. Call it Netflix’s big-tent strategy: something for everyone regardless of language or genre.

At the same time, there may a viewership ceiling in the U.S. for non-English titles, with Squid Game proving to be the exception. As others have already articulated, dozens of non-English series and films fail to chart among Nielsen’s Top 10 each week. So while Squid Game is a phenomenon, it may not be the catalyst that drives more foreign-language successes in the American streaming market.

For now, we can just sit back and simply be impressed with Squid Game‘s performance thus far. 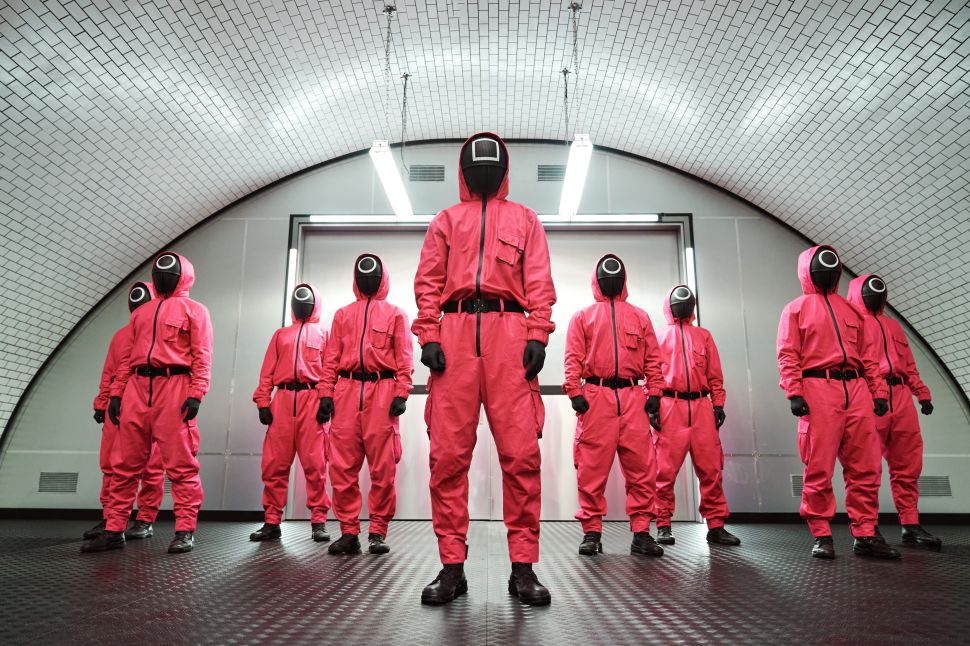