As the streaming skirmishes slowly approach full blown battle and the fight for our hard-earned subscriber dollars becomes increasingly more challenging, the market-leading Netflix is doing whatever it takes to maintain its top position. But after a pandemic-aided 2020 in which the company added a record 37 million new subscribers, the production shutdowns and streaming fatigue finally caught up to Netflix this year. The streamer endured a mixed Q2 2021 in which it actually lost 430,000 subscribers in the UCAN (U.S. and Canada) market, and its earnings per share of $2.97 was a big miss from the estimate of $3.16. Meanwhile, Disney+ continues to thrive, HBO Max is growing steadily, Amazon Prime Video is priming customers for major upcoming releases, and Apple TV+ is playing an effective long game.

So has Netflix fully rebounded on the back of the record breaking South Korean hit Squid Game, or is it facing yet another downhill tumble at the worst possible moment?

As of this writing, Netflix is still enjoying that sweet Wall Street multiple that allows its share price to climb to unfathomable heights ($637.97) as compared to rival Disney ($171.14) despite having a lower market cap valuation ($282.36 billion versus $310.98 billion). In fact, Netflix stock is up 16% in Q3.

“Netflix stock has rebounded strongly during the past quarter, on optimism that the company remains the best bet in the crowded streaming market, given the strength of its content and its global reach,” Haris Anwar, senior analyst at investing.com, told Observer.

Market intelligence website SimilarWeb projects strong international growth for the streamer due to late-quarter acceleration in net adds tied to Squid Game (more on that in a moment). While this will mostly bear fruit in Q4, it could help provide a last minute boost this quarter. Domestically, Netflix is still facing a growth plateau of sorts, but SimilarWeb has also seen an uptick in engagement in Q3 in the U.S.

“Net signup trends steadily improved throughout the quarter, with a sizable uptick in the second half of September and into October,” Jeremy Scott, head of investor analytics at SimilarWeb, told Observer. “While most of the benefit of Netflix’s refreshed content pipeline will accrue to 4Q, the acceleration of engagement in the last few weeks of the quarter suggests upside in U.S. net adds.”

Essentially, Netflix could rebound from last quarter’s UCAN sub losses, which would be a valuable sign to shareholders. If domestic growth picks up, the stock will likely follow suit.

Squid Game May Not Be Enough

Last week, Netflix announced that Squid Game has become its biggest original series ever after attracting 111 million member accounts since its release on September 17. The previous record holder was Bridgerton, which drew 82 million households in its first 28 days of release. (Non-English series may still have a viewership ceiling here in the U.S., but we’ll know more about Squid Game‘s domestic performance in the coming weeks).

The high-concept South Korean drama has been the number one show in the world across all platforms every day from September 26-October 16 in terms of audience demand, per data firm Parrot Analytics. Since launching on Sept. 17, Squid Game has been 84.4x more in-demand than the average show worldwide, peaking at 108x global demand on Oct. 4. Despite this massive surge, the show was released with little promotion outside of South Korea. As such, its popularity is most likely to be reflected in Netflix’s Q4 earnings report.

More pressing is the fact that even with Squid Game‘s late quarter explosion, Netflix’s share of global and U.S. demand for digital originals hit record lows for the third-straight quarter.

Netflix is still the market-leader in this department, but its global demand share fell to 45.8 percent globally (from 48.2 percent in Q2) and 43.7 percent in the U.S. (from 46 percent in Q2). Meanwhile, global demand for original content from Netflix’s competitors grew 14.3 percent in Q3 2021, and is up 196 percent since Q2 2019—before rivals such as Disney+, HBO Max and Apple TV+ entered the market.

Why is this important? Because demand for original content has been a useful indicator of subscriber growth in the past. Based on Parrot’s data, the competition is slowly eating into Netflix’s marketshare. But if Netflix can grow its customer base while its dominant position in the market erodes, it will have cemented its ubiquity among consumers. It already boasts the best churn rate among the major SVOD players.

“Net subscriber acceleration is again in play for Netflix in the second half of 2021,” Scott said. “After a slower first half marked by lingering production gaps, a surge of competitive activity, and easing lockdowns, viewership is starting to turn a corner as the content pipeline recovers.” 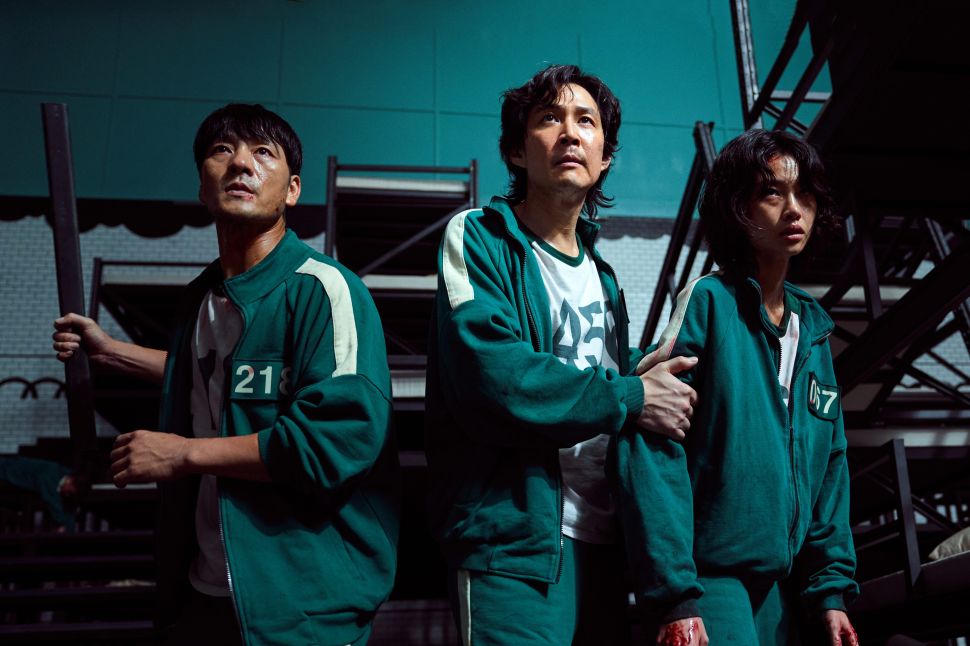