In a new interview with the BBC, Sir Paul McCartney went ahead and stirred up the discourse when it comes to his band’s notorious split. Ever since the Beatles disintegrated in 1970, marking the end of as heroic run that would see the Fab Four solidified as one of the most iconic and influential bands of all time, the blame for the breakup has been laid squarely at the feet of Yoko Ono. Ono, of course, is a prolific artist and the former wife of John Lennon, and her famous commitment to anti-war activism so inspired the songwriter that he decided to commit himself fully to the same passion. In the decades since Lennon’s murder, Ono has become the well-respected art world figure she was always evolving into; still, however, the Beatles stuff keeps popping up.

“I didn’t instigate the split. That was our Johnny,” McCartney told the BBC. “I am not the person who instigated the split. Oh no, no, no. John walked into a room one day and said I am leaving the Beatles. And he said, ‘It’s quite thrilling, it’s rather like a divorce.’ And then we were left to pick up the pieces.” The clashes between Lennon and McCartney are the stuff of legend and myth, so this party of the story is no surprise to anyone who’s ever paid even a fragment of attention to pop culture.

“The point of it really was that John was making a new life with Yoko and he wanted… to lie in bed for a week in Amsterdam for peace,” McCartney continued. “You couldn’t argue with that. It was the most difficult period of my life. This was my band, this was my job, this was my life. I wanted it to continue. I thought we were doing some pretty good stuff – Abbey Road, ‘Let It Be,’ not bad – and I thought we could continue.”

Is this picking at old wounds and once again placing the blame squarely on Ono’s shoulders? Not exactly, but the implication is there: if not for Ono’s influence, the band could have kept cranking out hits. In the years since, McCartney and Ono have done just fine. The former is recognized as one of the greatest songwriters of all time, and the latter, most recently, made fantastic art during the pandemic, including banners for the reopening of the Met and billboards created with Serpentine Galleries. 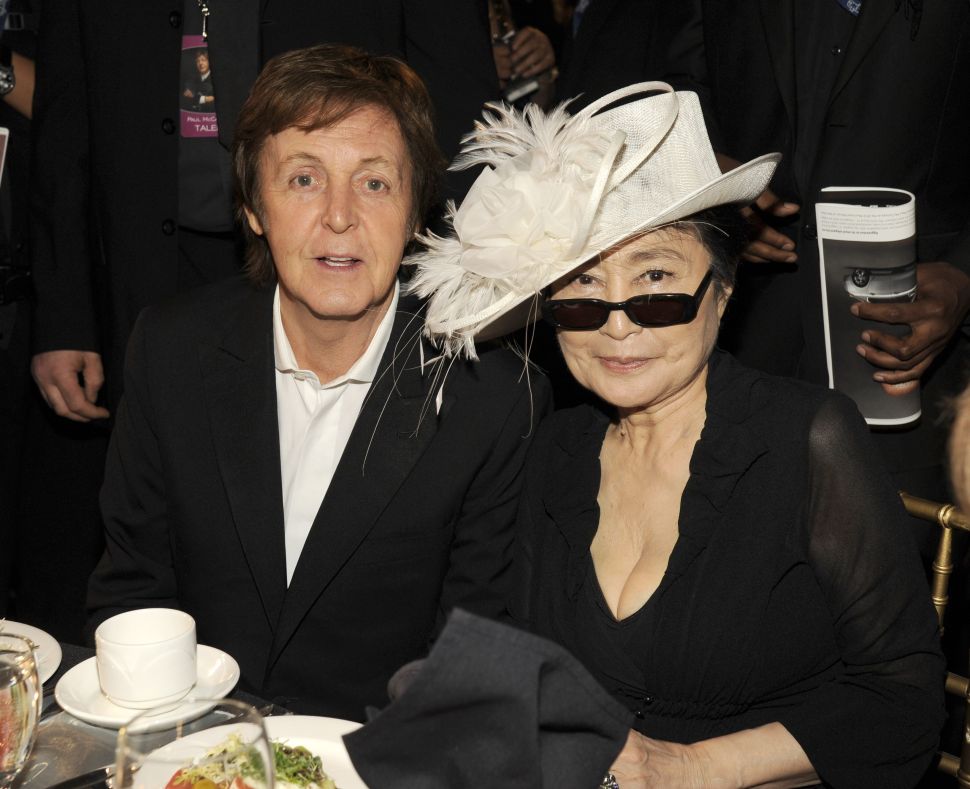