Petite Maman, Céline Sciamma’s follow-up to Portrait of a Lady on Fire, is a sweet, fantastical bedtime story. While the plot is on full display in the trailer, it’s best experienced alongside eight-year-old protagonist Nelly (Joséphine Sanz), a girl caught in a quiet domestic whirlwind that, though never outright ugly, pushes her to ask thoughtful questions about her parents as she begins a blissful new friendship with a girl her age. Nothing in the film reasonably constitutes a spoiler—this review mentions the basic premise—but each new detail, down to its ingenious casting, is a delightful discovery. Despite its simple, rustic settings and its mere 72-minute runtime, it feels winding and enormous in emotional scope, as it spins a tender tale about a child’s conception of an adult’s inner life.

After the death of her ailing maternal grandmother, Nelly is tasked with clearing out the old country home, alongside her young parents (Nina Meurisse and Stéphane Varupenne). The quiet woods form a reflective setting for Nelly’s grieving mother, with whom the young Nelly shares a playful dynamic. However, for reasons Nelly doesn’t fully comprehend—and reasons her father doesn’t explain—her mother has to leave them for a couple of days until the task is done. In the meantime, Nelly stumbles upon an old wooden hut on a nearby trail, a place she’d heard about in her parents’ childhood stories, and where she now finds a young girl who shares her mother’s name, Marion, and lives in a house that bears an uncanny resemblance to her grandmother’s cottage.

The girls begin a mischievous friendship, and even though the strange similarities begin to dawn on Nelly, the film never takes on an eerie or surrealist bent. Rather, it remains upbeat and wide-eyed—except for the occasions when it slows down so Nelly can take stock of the situation, and of the reality that she couldn’t properly say goodbye to her departed grandma. However, the real “magic” of its magical realism lies in its casting: Nelly’s young friend Marion is played by the actress’ real-life twin sister, Gabrielle Sanz.

Once the film’s premise fully reveals itself—first through obvious hints that the audience puts together, after which Nelly pieces them together as well—and once the literal nature of the title comes into view, the story becomes a tale of wish fulfillment: What if you could spend time with one of your parents when they were the same age as you are now? Would you not be best friends—almost sibling-like—rather than having the misfortune of being separated by time?

Sciamma’s fairytale about mothers and daughters unfolds at a bittersweet crossroads, wherein death is a central fixture. Nelly’s grandmother, despite having died when the film begins, leaves a palpable absence, which Sciamma and cinematographer Claire Mathon capture via still and gentle shots of her welcoming home. Warm light floats through its windows, between the autumn branches of the nearby woods, and through the empty spaces where it feels like a person should be. That absence is replicated when Nelly’s mother steps away, and while this emotional hole is soon filled by Nelly’s new friend, the realization of who they might be to one another presents questions too large for either girl to fully comprehend. That task is left up to the audience.

The film’s narrative point-of-view is inherently at a remove from that of its main character, which results in fascinating dramatic layers. We’re left to observe a world belonging to a pair of children, and left to imagine what that world must look like through their innocent eyes. Yet the answers reflected back to us say as much about them as they do about the adults around them. Quite often, the conception of children in the minds of adult filmmakers feels stilted and patronizing, but Sciamma places an immense amount of trust in the Sanz twins, who fill each scene with an impish energy and convincing reality, in which they constantly impersonate adults and adult problems. They put on hilarious skits, in which they pretend to be heiresses and detectives in a playful mystery, though Nelly obviously needs help putting on her necktie. When they get caught in the rain, the adorable way they dry their hair, rubbing their towels back and forth across their little heads but barely catching any , speaks directly (and wonderfully) to the way they have absorbed adult actions, but haven’t fully learned to replicate them. These moments are minuscule in the grand scheme of things, but they leave a lasting emotional impact.

Of course, if for whatever reason, one were to try and extract some literal meaning from the film’s chronology, it wouldn’t be impossible. In fact, its own aesthetics seem to hint at several built-in explanations, given the way editor Julien Lacheray cuts suddenly from night to day, and from scenes in which Nelly is alone to scenes where she’s spending time with Marion, as if there were either some literal or imagined teleportation at play (take your pick). But to try and pin down these logistics would be akin to forcing a literal explanation out of a William Blake poem or a painting by Helen Frankenthaler. Its purpose would be academic at best, and it would only prevent the film’s imaginative quality from feeling like the warm blanket it truly is.

The way Sciamma turned Portrait of a Lady on Fire into an oblique ghost story—in which Marianne’s longing and passion were haunted by the specter of Heloise’s impending marriage— Petite Maman plays similarly like a spiritual tale, in which Nelly crosses paths with a ghost of her mother’s past. The young Marion is an embodiment of innocence lost, and at first, she appears to be a more happy-go-lucky conception of her adult counterpart, whose deep sadness Nelly can sense, even if she can’t put it into words. Though as the days go by, these two seemingly irreconcilable visions no longer seem as distant from one another, even to the eyes of an eight-year-old. The result is a poignant and moving coming-of-age story, and an example of the way cinema can make real both memories, without losing their bitter honesty, and dreams, without compromising on their glowing promise. 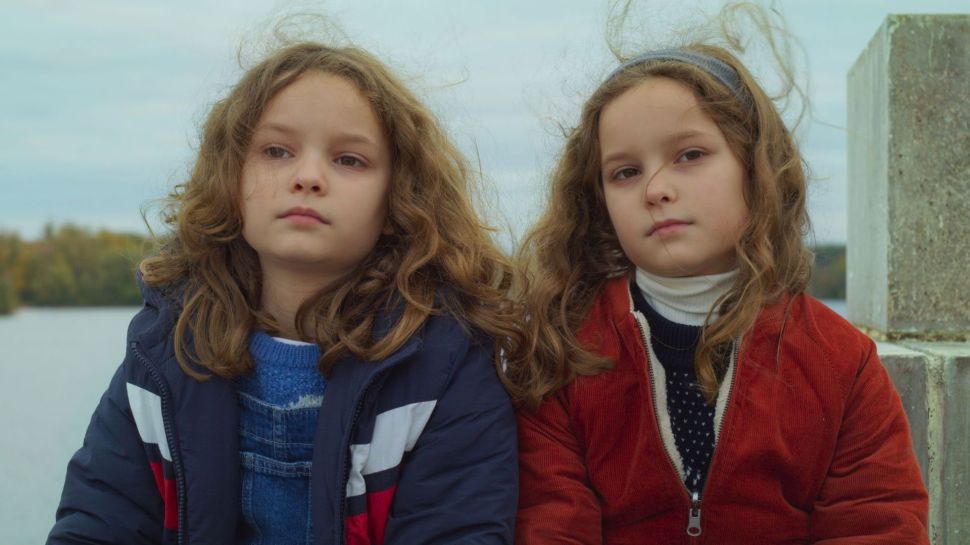