On Tuesday, Sotheby’s announced that their fall Contemporary Evening auction will include Ominous Land by Philip Guston, a canvas from the artist’s famous late body of work that interpolates Klu Klux Klan imagery so as to make a commentary on the haunting anonymity of American white supremacy. Guston is very well known for this series of paintings, and this canvas in particular was purchased directly David McKee Gallery in 1974 after being lauded by critic Roberta Smith in Artforum. Given Ominous Land‘s significance, it’s expected to sell for between $6 and $8 million. In the past, Guston’s work has fetched as much as $25.8 million.

“The definition of what makes something Contemporary is constantly evolving,” David Galperin, Sotheby’s Americas Head of Contemporary Art, said in a statement. “As much as the term speaks to the art of today, for us it has come to define an entire generation of artists who changed the course of art history during the latter half of the Twentieth Century.” Indeed, Guston’s paintings of mysterious and unsettling Klan figures forced audiences to reckon with an oft-ignored truth: racism survives in America with the aid of white passivity.

“My father made those works at a time when the Ku Klux Klan were no longer as menacing as they had been in his youth, but racism was still, of course, a presence in the consciousness of mainstream white America,” Musa Mayer, Guston’s daughter, wrote in a book about the artist’s work that was published earlier this year. “The paintings are essentially about white culpability – the culpability of all of us, including himself. That is why he referred to some of them as self-portraits.”

The ongoing power of Guston’s interrogative paintings was illustrated last year by the postponement of a planned retrospective of the artist’s work that was set to be exhibited at the National Gallery of Art in Washington, the Museum of Fine Arts in Boston, the Tate Modern in London and the Museum of Fine Arts in Houston. Museum directors justified this decision by stating that displaying Guston’s creations needed to be put off “until a time at which we think that the powerful message of social and racial justice that is at the center of Philip Guston’s work can be more clearly interpreted.” 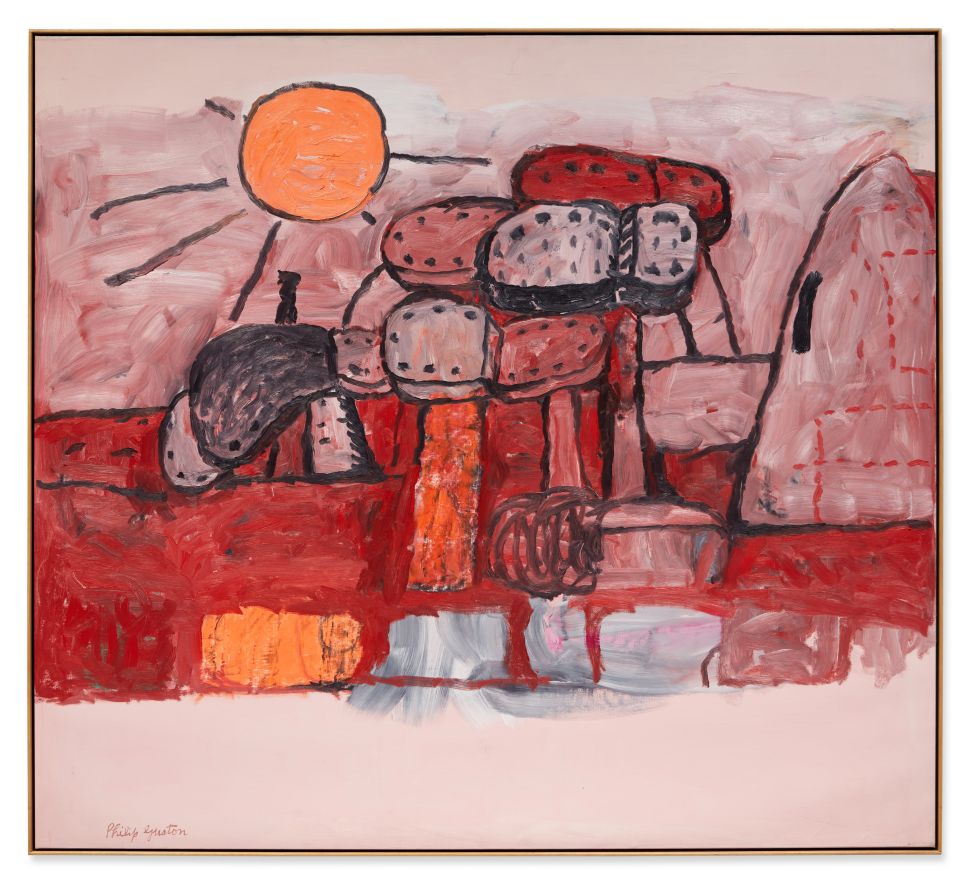