Since its dashing debut in September 2019, Porsche’s first fully electric car, the Taycan, has been a strong competitor with the similar looking Tesla Model S among high-end EV fans. Taycan has attracted a niche but loyal following, including Bill Gates, who chose it as his first electric car. Thanks to its rapidly growing appeal, this year the Porsche Taycan has official outsold Tesla’s Model S.

The German luxury carmaker said on Friday it shipped 28,640 Taycans globally in the first three quarters of 2021. About 7,000 of those were sold in the U.S., representing a 150 percent jump from last year.

Over the same period, Tesla delivered a total of 13,185 Model S sedans and Model X SUVs. These two models are combined in Tesla’s quarterly delivery reports. The Model S and Model X now account for a tiny portion (less than 5 percent) of Tesla’s total delivery as the EV maker focuses on the mass market Model 3 and Model Y.

While often speaking positively on competing carmakers, Tesla CEO Elon Musk isn’t too impressed by Porsche. Shortly after the Taycan’s reveal in 2019, Musk pointed out that the “Turbo” feature in two initial Taycan models, the 750-hp Turbo S and the 670-hp Turbo, is misleading because the word technically means “turbocharged petrol engines,” which only applies to gasoline cars.

Um @Porsche, this word Turbo does not mean what you think it does

In the first nine months of 2021, Taycan also slightly outsold Porsche’s iconic 911, of which the company sold 27,972 between January and September. The electric sports car is now Porsche’s most popular sedan, second only to the brand’s SUV models, including the Cayenne (62,451 delivered year to date) and Macan (61,944 delivered).

“The very high demand for our sports cars continued into the third quarter and we are delighted to have been able to supply so many cars to customers during the first nine months of the year,” said Detlev von Platen, member of Porsche’s Executive Board for Sales and Marketing, said in a statement on Friday.

Von Platen acknowledged the impact of the ongoing chip shortage that has slowed down new car production industrywide and caused long waitlists for buyers everywhere.

“The order books are nicely filled and are, in turn, filling us with optimism and enthusiasm as we approach the year-end rush,” von Platen said. “However, the coronavirus situation remains dynamic and we are facing challenges in sourcing semiconductors. For these reasons, we are keeping a very close eye on current developments to ensure that we can continue to react in a flexible manner.”

At this year’s Munich Auto Show last month, Porsche CEO Oliver Blume told reporters that the company has the capacity to produce only 20,000 Taycans this year. Friday’s data shows that it has oversold nearly 50 percent of new production, meaning that interested buyers are looking at a wait time of at least six months, according to Kelly Blue Book.

The estimated delivery date for the long-range Tesla Model S is June 2021, according to Tesla’s website. 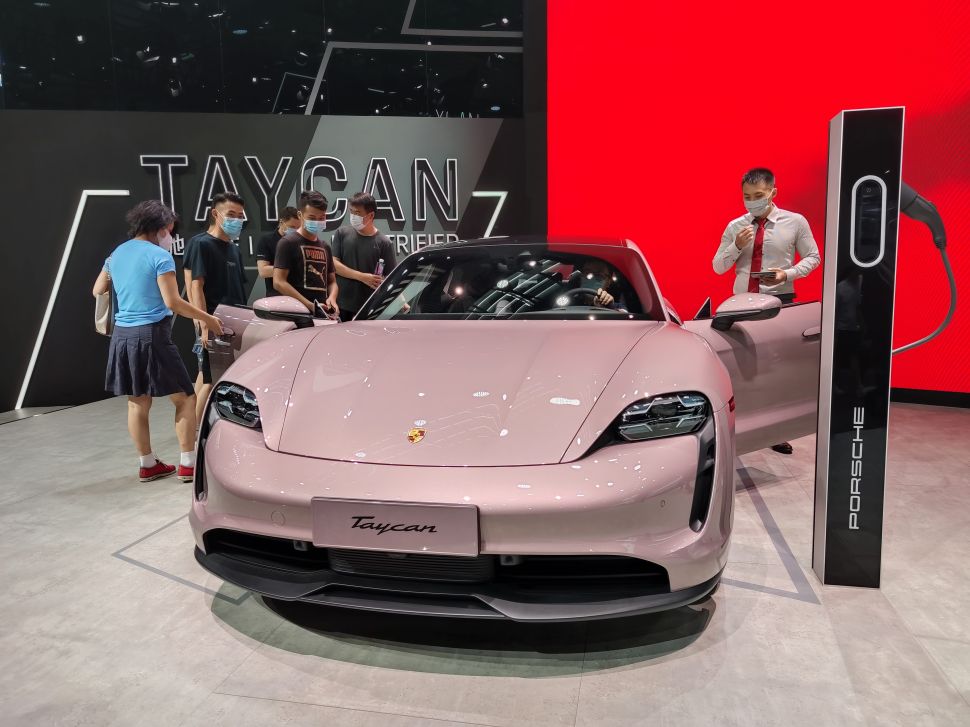