Over the summer, Prince William and Prince Harry reunited for the unveiling of a statue they commissioned in honor of their late mother, Princess Diana. The Duke of Sussex flew from California to the U.K. for the big installation; while the unveiling in the Sunken Garden at Kensington Palace was initially supposed to be a larger fête, it had to be downsized due to the coronavirus pandemic, and the guest list was streamlined down to just the Duke of Cambridge, Duke of Sussex, Princess Diana’s immediate relatives as well as the statue designer, landscape architect and a few others.

Prince William is finally hosting a bigger party to celebrate the late Princess of Wales and all those involved with the statue at Kensington Palace on October 19, but it turns out that the Duke of Sussex won’t be in attendance. A spokesperson confirmed to Hello that Prince Harry and Meghan Markle won’t be traveling to the U.K. to attend the party, and instead will remain at their home in Montecito.

The Duke of Cambridge is hosting around 100 guests at the party next Tuesday, including Princess Diana’s close friends, former staff and relatives, to celebrate the statue and thank donors for helping fund the memorial. Sir Elton John will reportedly be in attendance.

While Kate Middleton wasn’t able to join Prince William and Prince Harry at the unveiling on July 1, and instead privately viewed the statue with the Duke of Cambridge and their three children, it seems likely she’ll be at the Kensington Palace fête in honor of the Princess of Wales with her husband next week.

It’s not clear why Prince Harry and Duchess Meghan aren’t traveling to the U.K. for the celebration, as the two were reportedly considering the visit a few months ago. It’s possible the couple decided an international trip is too much so soon after their daughter’s birth; it’s understandable that they wouldn’t want to leave both of their children at home in California during their jaunt across the pond, especially with the COVID-19 pandemic.

Prince Harry and Meghan did recently embark on their first big joint trip together since relocating to the U.S.; they traveled to New York for the Global Citizen Life concert. Even though they aren’t heading to the U.K. this month, Prince Harry does have other travels coming up soon, as he’s returning to New York on a solo trip to attend the Intrepid Museum’s Salute to Freedom Gala on November 11. 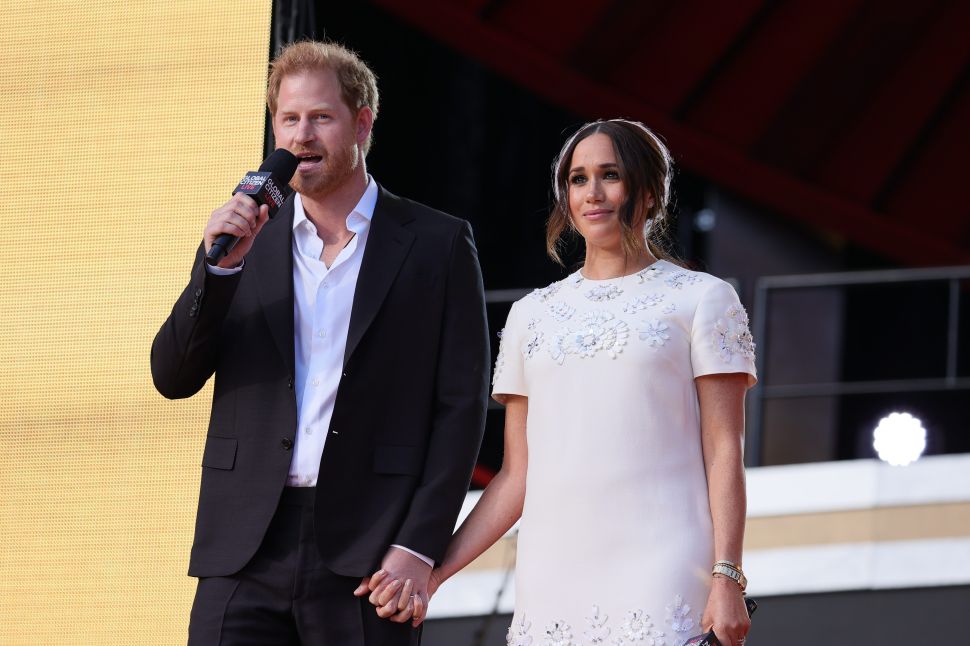