Ever since Prince William and Kate Middleton returned to London from their summer vacation, they’ve kept busy with official work engagements. The Duke and Duchess of Cambridge are likely going to lighten up their workload this week, though, so they can spend time with Prince George, Princess Charlotte and Prince Louis during their children’s half-term break from school.

The three Cambridge kids’ half-term break started on Thursday, October 21 and continues through Friday, October 29. Prince George and Princess Charlotte both attend Thomas’s Battersea, while Prince Louis is now enrolled at Willcocks Nursery School; both of the schools are located just a short ways away from Kensington Palace, the Cambridges’ official London residence.

The family was spotted at Heathrow airport over the weekend, but if they end up staying more local, Prince William and Duchess Kate often take George, Charlotte and Louis to Anmer Hall, the family’s Norfolk country home, during school vacations. While it’s not certain where the Cambridges will spend the week, it’s possible they’ll travel to the 10-bedroom Sandringham estate for a short getaway from the city.

The Duke and Duchess of Cambridge reportedly feel most at home when they’re at Anmer Hall, and can give their children a sense of normalcy. The family stays low-key and casual while at the Norfolk estate, and make sure to spend plenty of time outside in their truly palatial backyard.

It’s a true nature atmosphere; the family even has a chicken coop on the ground, and Duchess Kate takes George, Charlotte and Louis to collect eggs every morning. Over the summer, the Duchess of Cambridge also revealed that she has a beehive at Anmer Hall, when she brought local schoolchildren homemade honey from the hive in June.

There is, however, a chance the Cambridges will travel just a bit further away, especially after the airport spotting. Last October they headed to the Isles of Scilly during the half-term break; it’s the same locale where they enjoyed a secret family getaway over the summer.

Prince William and Kate are surely looking forward to a more relaxed week, as they’ve both kept up hectic schedules as of late, including the recent inaugural annual Earthshot Prize ceremony. They also already have a trip outside of London coming up at the beginning of November, as they’re both expected to travel to Glasgow for the United Nations Climate Change Conference, along with other senior members of the royal family. 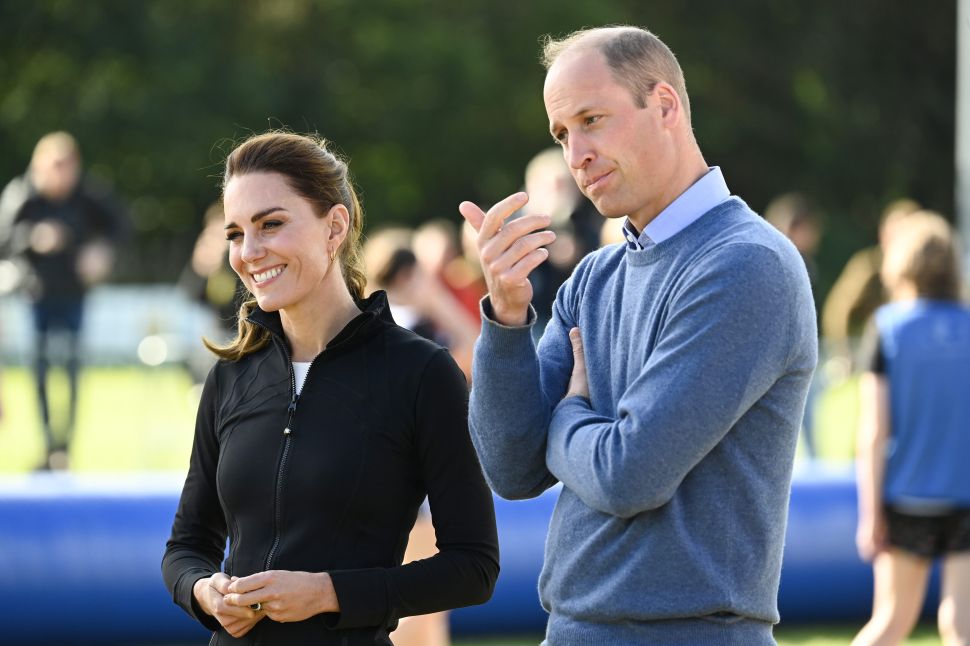