On Tuesday, El Prado museum in Madrid was utilized as a protest location by several demonstrators who threatened to commit suicide by overdose if their demands were not heard. The protesters stated that they were victims of a 1981 incident in Spain wherein contaminated cooking oil caused the deaths of approximately 300 people and sickened many more, leaving many citizens with chronic illnesses that still haven’t fully abated. The Prado protesters stationed themselves in front of Las Meninas by Diego Velázquez, and spent several hours peacefully standing alongside a sign that read: “40 years poisoned and condemned to live as in 1981 because of the abandonment of the government.”

In a statement, the group of protesters, who refer to themselves as Seguimos Viviendo or “We Are Still Alive,” requested compensation for medical expenses they’d accrued over the years and asked for a meeting with the prime minister of Spain. After demonstrating at the museum throughout the day, they ended up departing from the premises without incident. “What they have been waiting for these years is that we die to end the problem,” the group’s statement reads in part. Authorities in Spain ended up detaining two of the protesters who demonstrated in El Prado.

Seguimos Viviendo also said that the reason they had chosen to demonstrate in the museum was because because culture has always acted as a balm for so many people who are suffering. In their statement, they also added that they were sending a “distress call to the world” due to the “humiliation” and “abandonment” they’d suffered at the hands of Spain. According to research, acute intoxication caused by contaminated rapeseed oil can create lesions and cause damage to all organs, as well as neuromuscular paralysis, lung failure and limb deformation. 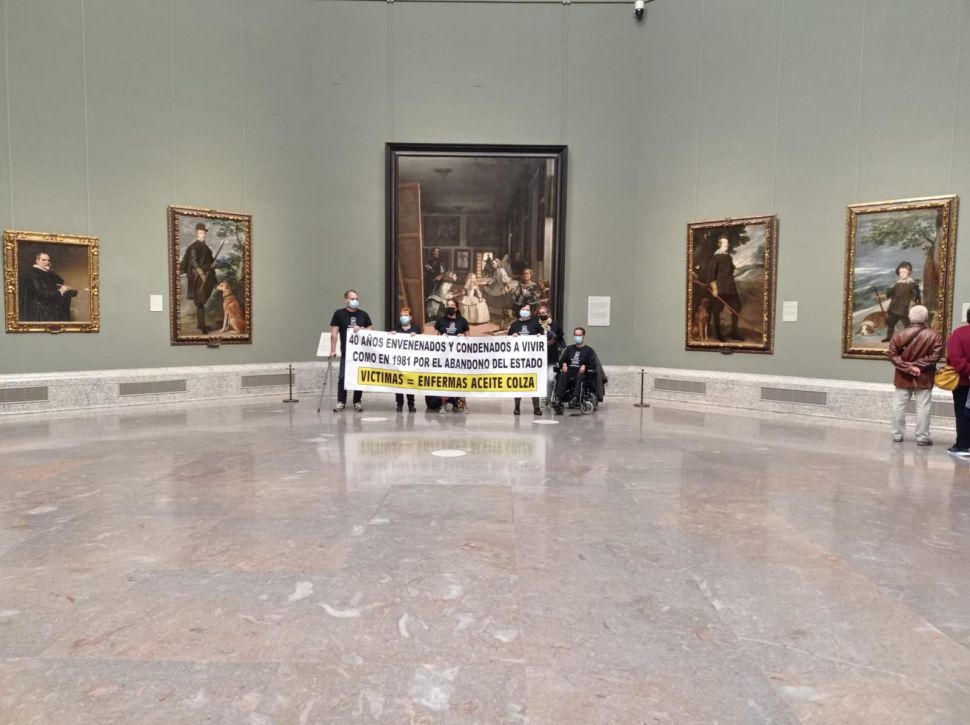