This year’s Halloween will kick off with a SpaceX rocket launch that will fly four astronauts to the International Space Station.

A SpaceX Crew Dragon capsule named “Endurance” is scheduled to blast off atop a used Falcon 9 rocket Sunday morning at 2:21 a.m. EDT (0641 GMT) from Complex 39A at NASA’s Kennedy Space Center in Florida.

After separating from the Falcon 9 booster, the Endurance capsule will spend about 24 hours in Earth’s orbit trailing the ISS and dock at the space station on Monday, November 1.

You can watch the launch on NASA TV. Live coverage will begin at 10:00 p.m. EDT on Saturday and continue through docking, hatch opening and the welcoming ceremony on Monday.

Sunday’s launch will be SpaceX’s fifth human spaceflight. During its last flight, the all-civilian Inspiration4 mission in September, the Crew Dragon capsule ran into issues with the toilet system on board. Details about the incident didn’t surface until this week during a press briefing given by SpaceX’s head of mission assurance Bill Gerstenmaier.

Unlike normal bathrooms on the ground, the space toilet on Crew Dragon is a device attached to the ceiling of the spacecraft.During the three-day Inspiration4 flight, a tube that funnels human waste into a tank broke loose and leaked into a fan, which then sprayed urine in an enclosed area beneath the space capsule’s floor. The crew didn’t notice the leak until after they returned to Earth.

A similar issue was detected on the Crew Dragon capsule launched in April that’s currently docked at the ISS, Gerstenmaier told reporters on Monday. That spacecraft is scheduled to fly back to Earth in November and will be subject to further inspection.

To prevent toilet trouble from happening again, SpaceX has tweaked the design for the toilet on the Crew Dragon capsule being used for Sunday’s launch. The new plumbing system means that there are no tubes that could come loose as they did during the Inspiration4 flight, Gerstenmaier said. 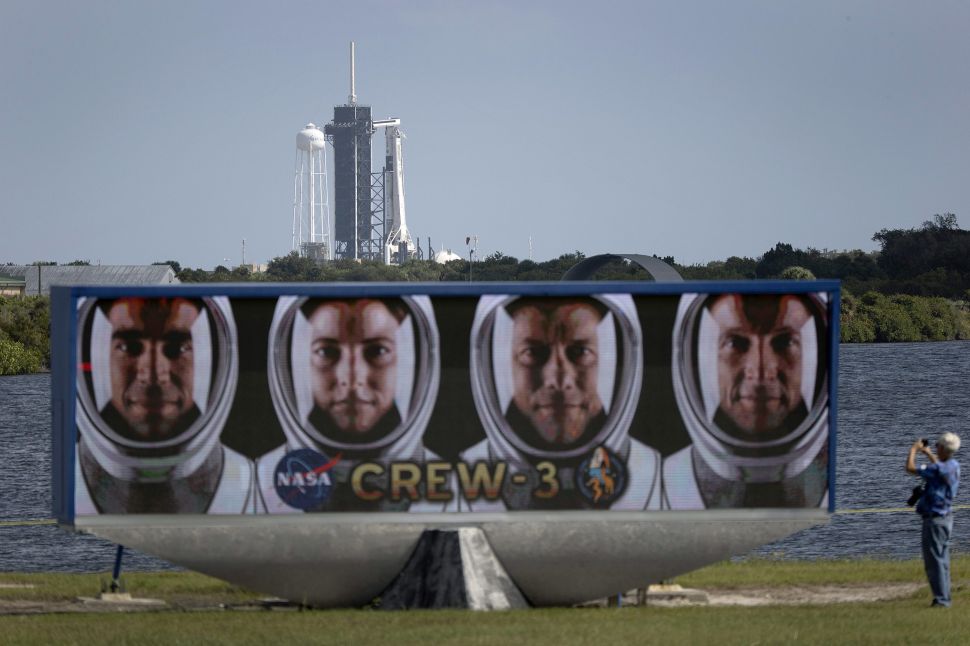