Squid Game. These two words have gained an incredible amount of power in the past few weeks, igniting conversations, inspiring awe and horror, and just generally breaking the internet. The Korean drama has exploded in popularity around the world thanks to its intricately genius story, one where a gamut of down-on-their-luck characters have to compete in deadly children’s games in the hopes of winning a large sum of cash. If you’ve somehow completely missed out on this cultural phenomenon, we have a little breakdown of the show for you, too.

With the new series smashing streaming records and quickly becoming Netflix’s most-watched original show ever, many viewers (and Netflix execs) are probably wondering what’s next for Squid Game and its brilliant creator/writer/director Hwang Dong-hyuk. In a recent interview with The Hollywood Reporter, Hwang expanded on some behind-the-scenes stories, reflected on his newfound fame and acclaim, and even hinted at a possible Season 2.

With Season 1 ending with protagonist Gi-hun ultimately refusing to get on the plane that would bring him to his young daughter in the United Staes, revving up to potentially put a stop to the games instead, Hwang knows he left things open-ended—and he likes it that way. “I actually thought that this could be good closure for the whole story,” he told THR, adding that this moment helps with “communicating the message that you should not be dragged along by the competitive flow of society, but that you should start thinking about who has created the whole system—and whether there is some potential for you to turn back and face it.”

That being said, Hwang knows that there are more stories to explore in the universe he created: “For example, the story of the police officer and the story of his brother, The Front Man… if I end up creating season two, I’d like to explore that storyline—what is going on between those two brothers?” He also has ideas that include Gong Yoo’s sketchy recruiter who we meet at the very beginning and end of the series. “And, of course,” he concluded, “we could go with Gi-hun’s story as he turns back, and explore more about how he’s going to navigate through his reckoning with the people who are designing the games.”

Hwang knows that even with all of these possibilities, he faces much bigger expectations if he goes forward with a second season: “The pressure on me is huge now, with such a big audience waiting for a season two. Because of all that pressure, I haven’t decided yet whether or not I should do another season.” It’s not all bad, though; Hwang has opted to take a more optimistic view of all of this attention, saying, “if you look at it in a positive way… there are people everywhere in the world offering their opinions about where the show should go. I could actually pull ideas from fans all around the world to create the next season.”

Of course, a second season is a long way off — the script for Squid Game was something Hwang started in 2009, before it went through countless pitches and revisions over the next decade—but Hwang has hope for what will come next in the series. “I think that’s what I’m wrestling with right now—that I shouldn’t just view it as a huge amount of pressure, but think of all of this love and support I’m receiving as a big box of inspiration that I can leverage for season two.” 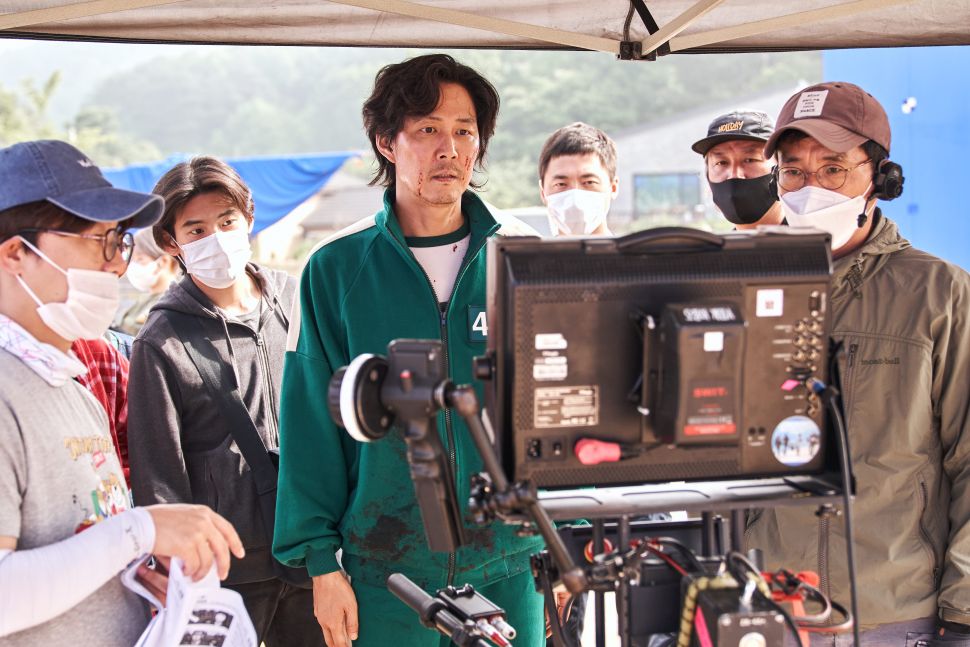