While there’s no shortage of luxe hotel options in New York, fashion enthusiasts traveling to the city for the new Dior exhibit at the Brooklyn Museum should definitely check out a certain glamorous suite at the St. Regis. That is, if they’re willing to *seriously* splurge.

The St. Regis New York just debuted a limited edition “J’adore New York” package in honor of the “Christian Dior: Designer of Dreams” exhibit that’s running at the Brooklyn Museum from September 10, 2021 through February 20, 2022, and it includes a stay in the hotel’s chic Dior Suite, tickets to the show at the rather hefty price of $8,900. And yes, that is just the starting rate.

The one-night stay includes two tickets to the show at the Brooklyn Museum, as well as roundtrip transportation to the exhibit, two glasses of champagne at the King Cole Bar and a breakfast for two. The package also features a vanity full of Dior cosmetics waiting for you in your suite, though it’s not clear if the beauty haul features the viral Kylie Jenner-approved blush.

The St. Regis debuted the ridiculously opulent Dior Suite in 2011; it’s a collab between the hotel and Christian Dior, and is inspired by the designer atelier in Paris. The plush room is outfitted with custom Louis XVI-style furniture, all in a neutral and calming color palette of grey and cream, with pale pink and blue accents, plus a touch of gold leaf.

The living room is inspired by Dior’s Montaigne headquarters in Paris, and contains an ornate marble fireplace, carved crown moldings and a glittering crystal chandelier, as well as an original Dior rendering by fashion illustrator Bil Donovan and plenty of Dior design books. The primary bedroom features its own sparkling light fixture, with velvet upholstered furniture, leather headboard and a vanity.

The J’adore New York stay is available through February 20. Below, take a peek into the lavish Dior Suite, which you can also book after the exhibit closes for $8,500 a night. 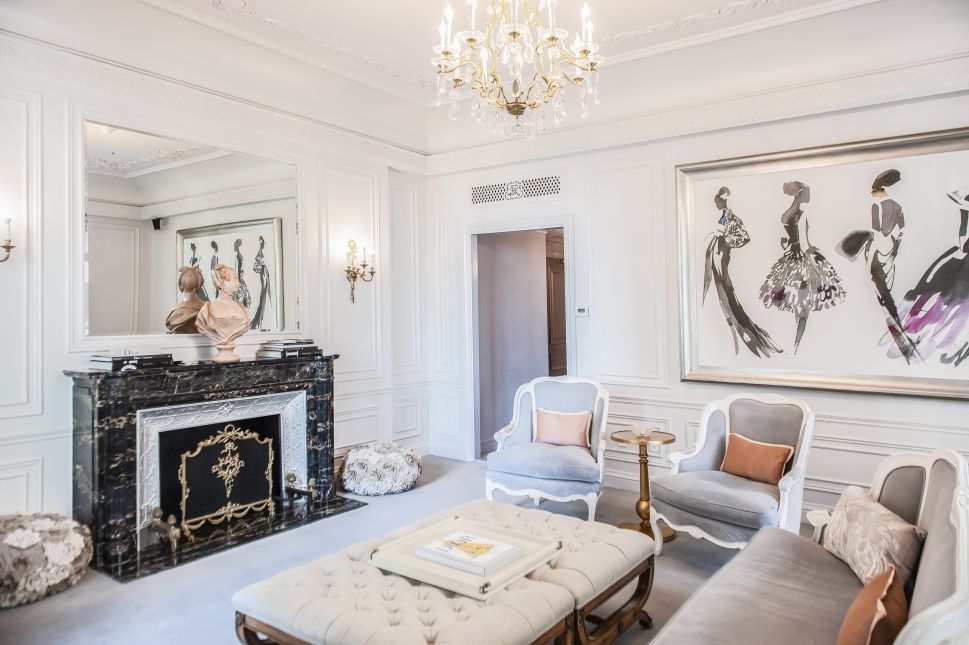