According to a new report from The Art Newspaper, during the initial scramble of American officials from Afghanistan that took place when it became clear that the Taliban’s takeover efforts would be successful, the United States embassy also hastily ensured that the art collection housed in its facility would be sent back to America as well. These works evidently include Pat Lipsky’s Builder (1999), a carpet installation by Lisa Anne Auerbach and New Morning (2009) by Judy Pfaff. Camille Benton, the curator of the U.S. State Department’s Art in Embassies program, also reportedly told Lipsky that the government’s main priority was getting people out of Afghanistan, but that more information regarding her work’s location would be forthcoming.

During the time that the art evacuation was taking place, many US staff were still struggling to leave Afghanistan. “We have confirmed that pieces of art were packed up and shipped before embassy operations shifted to the Kabul airport,” a spokesperson for the State Department told The Art Newspaper. “These items have arrived in the United States and are in the process of being reviewed and inventoried.” Ever since the Taliban’s takeover of Afghanistan, concerns have been raised regarding whether the group intends to pose a threat to items that make up the country’s cultural heritage.

Some, like representatives from the D.C.-based Alliance for the Restoration of Cultural Heritage, have said that “Taliban counterparts…have stated that they agree with the need to protect historic sites.” But given the Taliban’s proven track record of cracking down on artistic expression and wrecking significant artifacts, including the 2001 destruction of the Buddhas of Bamiyan, organizations like the British Council have suspended Afghanistan-based heritage projects until further notice. Afghan musicians have also been fleeing the country.

Afghan artists recently told the Washington Post that they’ve been burying paintings, stashing away books and hiding hard drives packed with films out of anxiety that the Taliban will destroy them. “The Taliban has not issued any statements regarding the arts,” Safiullah Habibi, the director of Kabul’s Fine Arts Institute, told the Post. “But artists themselves are limiting themselves. They think the Taliban will repeat what happened in the 1990s. At that time, the arts had no place in their rule.”

Until the Taliban elucidates its official policies when it comes to art, it’s clear that American officials weren’t going to take any chances when it came to the U.S. embassy’s collection. 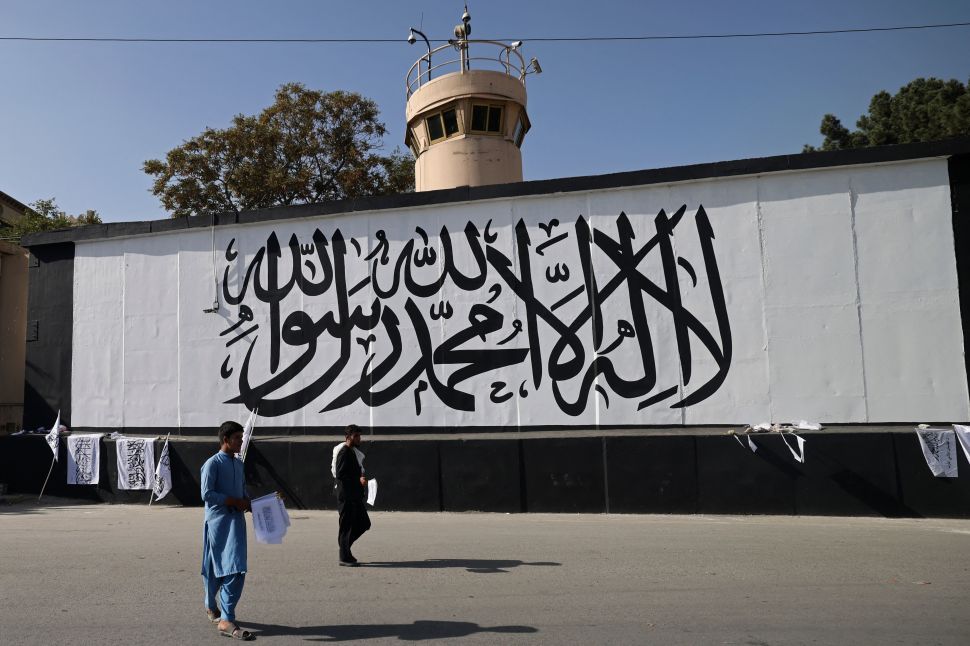