There’s an iconic scene in the movie Billy Elliot where Billy, the 11-year-old protagonist, is discovered to be taking ballet classes when his family thought he was at boxing school. His father and brother, both hardened coal miners, are appalled. “No, not for lads, Billy,” his brother, Jackie, screams at him. “Lads do football…or boxing…or wrestling. Not friggin’ ballet.”

The film was a smash hit. It grossed an astounding $109 million worldwide on a $5 million budget. Then it became a musical, which was seen by nearly 12 million people and won 10 Tony Awards.

It was a movie made in 2000 about a boy wanting to dance. It reached millions of people across the globe and proved that lads don’t just “do football…or boxing.”

And yet, twenty years later, that stereotype remains. Despite generations of renowned male dancers like Fred Astaire, Mikhail Baryshnikov, Paul Taylor, Arthur Mitchell and current stars like Sergei Polunin, despite the popularity of shows like Dancing with the Stars and So You Think You Can Dance, dancing is somehow still considered a feminine pursuit. Newscasters still make insensitive comments and boys still receive backlash from their own families.

In dance classes around the United States, girls outnumber boys by 20 to 1. 71% of professional dancers in this country are women. 78% of all dance teachers are women. The overarching implication, of course, is that dancing is for girls, but there are forces out there seeking to change this.

Thomas Forster, a Principal dancer with American Ballet Theater, has written a children’s book with Shari Siadat entitled My Daddy Can Fly that will be released in November. The book’s narrative focuses on Forster’s son, Ben. In the book, Ben tells his classmates that his Dad can fly, that he is strong, that he is fast and fierce, and they guess at what he might be. A pilot? A firefighter? When it is revealed that the correct answer is a ballet dancer, the class cheers. Writing the book from Ben’s point of view, Forster explained to Observer, was purposeful. “He doesn’t have any of those stereotypes ingrained in him…he’s just like, ‘oh this is what my dad does.’ He sees qualities like being strong and being able to jump high, not ‘it’s for girls’ or other things people think about when they think about ballet.”

Forster’s comments underscore the reality that affects many boys: an idea of what they should and shouldn’t be interested in that is forced upon them over time. They see images on TV, on their phones and computers, they are taught things at home and encouraged to pursue certain “approved” activities.  Doug Risner, a professor at Wayne State University who studies gender and dance, found in a 2014 study that 93% of boys who dance experience teasing. 68% are exposed to verbal or physical harassment.

When Scott Gormley came across Risner’s research after his own son was bullied for pursuing dance, an idea formed in his mind. Eventually, this became Danseur, a documentary that explores the struggles faced by male dancers. Throughout the project, Gormley interviewed dancers at various stages of their careers – from stars at major companies to young students. The common thread throughout was a shared experience of bullying. “Everybody just assumes that their daughter will dance, but nobody assumes their son would,” Gormley told the Observer. “That, obviously, was the biggest hurdle that they all had to overcome – making dance acceptable to other people in their lives and, in some cases, to themselves. They were so pigeon-holed into a stereotype of boys playing football, basketball, whatever it might be. They were fed that stereotype for so long they believed it most of the time. They had to overcome not just the social stigma but their own personal stigma.”

In 2018, New York City Ballet principal dancer Chase Finlay came under fire for sending around explicit photos of his then-girlfriend Alexandra Waterbury without her permission. A text thread was unearthed that included other NYCB dancers and a ballet patron. Texts like “You have any pictures of girls you’ve f*cked? I’ll send you some…ballerina girls I’ve made scream and squirt,” were found on the thread.

When the story broke, Finlay resigned from the company. Waterbury sued Finlay and NYCB, accusing the company of fostering a “fraternity-like atmosphere.” I happened to be working for the ballet at the time in the administrative offices, and indeed, as I learned more about the story, I couldn’t help thinking that there was an element of the dancers’ abhorrent behavior that almost felt like frat-boy posturing, like an attempt to assert their masculinity in the worst ways possible. At, of course, the expense of women.

This narrative shows the complicated ways in which the costs of these stereotypes are not only borne by the men themselves, but by us all. At some point, the toxic tropes we cling to, the reinforcement of certain images of what men, women, trans and non-binary people can and can’t do leaves us all worse off.

The strangest dichotomy of all, in a world perceived to be dominated by women, is that men still possess much of the power. According to Dance Data Project, a nonprofit dedicated to exposing the gender imbalance within dance, only one woman holds the job of Artistic Director at the ten largest ballet companies in the U.S. This gap is even wider when it comes to choreographers. So why do we accept men in positions of power at dance companies, but less as dancers themselves?

Despite the deeply embedded gender stereotypes in our culture, change seems to be on the horizon. According to a Harvard University study, implicit and explicit gender stereotypes weakened over the last decade, and gender bias is expected to continue to erode over time. As ideas around gender are being deconstructed and gender fluidity is examined more closely, the dance world is also beginning to internally wrestle with these questions.

In 2018, the same year that Gormley produced Danseur and Finlay resigned from NYCB, Chase Johnsey, a gender fluid dancer who uses he/him pronouns, became the first trans dancer in modern history to perform a traditionally feminine corps de ballet role. In an interview with the BBC, Johnsey said, “If a transgender person would like to join a ballet company, and they’re talented enough, that person should have the freedom to do so. That was what the English National Ballet showed me, they saw me for how I danced.” More recently, Freed of London, one of the major suppliers of pointe shoes to professional dancers, has begun to make pointe shoes for men.

These issues have also been explored through dance itself. In Boys in Trouble, Sean Dorsey, a transgender modern dance choreographer, considers ideas surrounding contemporary masculinity. The work was showcased in a critically acclaimed international tour from 2018-2020. In 2019, Dorsey was the first openly trans dancer to grace the cover of Dance Magazine.

Little by little, these internal and external forces are catalyzing change. “Hopefully,” says Forster, reflecting on his forthcoming book, “it lets kids know…whatever you enjoy, whatever you want to do, you can go for it.”

Hopefully, with time, we will all get there, too.

Correction: A previous version mentioned a since-exonerated performer associated with the Chase Finlay scandal, the text has been updated for accuracy. A previous version mentioned three women having the job as Artistic Director at the ten largest ballet companies, with new data it has been updated to mention only one woman in the role for accuracy. 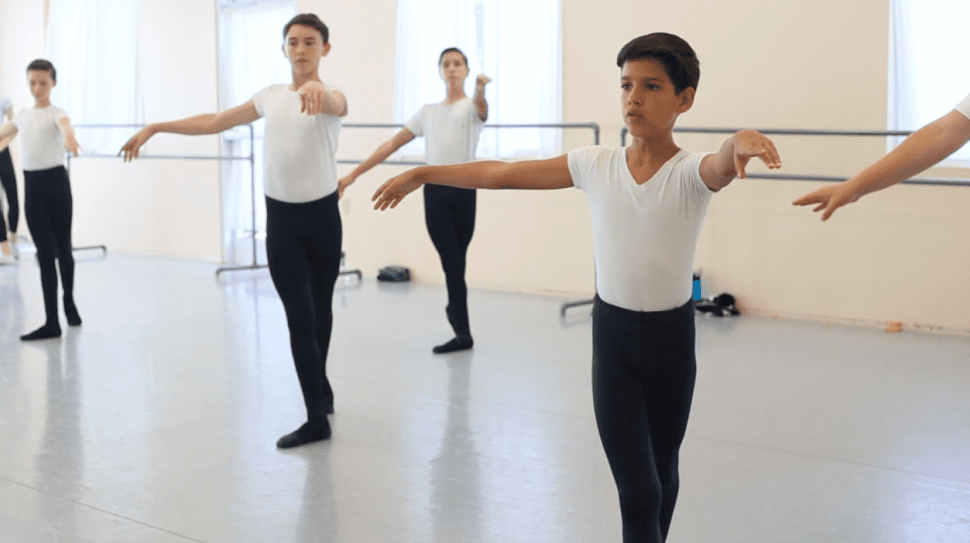