According to new reports, two weeks ago, officials from the Metropolitan Museum of Art met with professionals from the U.S. attorney’s office in order to talk about the possibility that certain Cambodian artifacts in the institution’s collection had been stolen from their original locations. Although details regarding the conversation were not made explicitly available, in July, a complaint was filed by Manhattan’s Federal District Court regarding a Cambodian Khmer sandstone sculpture that was stolen from the country. This sculpture was connected to collector Douglas A.J. Latchford, who once owned 12 pieces that are now held by the Met.

“Recently, in light of new information on some pieces in our collection, we reached out to the US Attorney’s office – to volunteer that we are happy to cooperate with any inquiry,” the Metropolitan Museum of Art said in a statement Sunday. “The Met also has a long and well documented history of responding to claims regarding works of art, restituting objects where appropriate, being transparent about the provenance of works in the collection, and supporting further research and scholarship by sharing all known ownership history.”

Indeed, only earlier this month, the Met announced that it would be returning a 10th century Nepalese sculpture to its country of origin after researchers discovered inconsistencies in the sculpture’s record of ownership. Additionally, within the past few years, the Met has removed many items from its collection which were found to have been stolen or obtained in a generally shady manner. These items include an ancient Egyptian coffin from the late Ptolemaic Period and 2,300-year-old Greek vase both of which have since been returned to their countries of origin. The US Department of the Treasury is also currently drafting new regulations to better police the American antiquities trade, because it’s obviously not watertight. 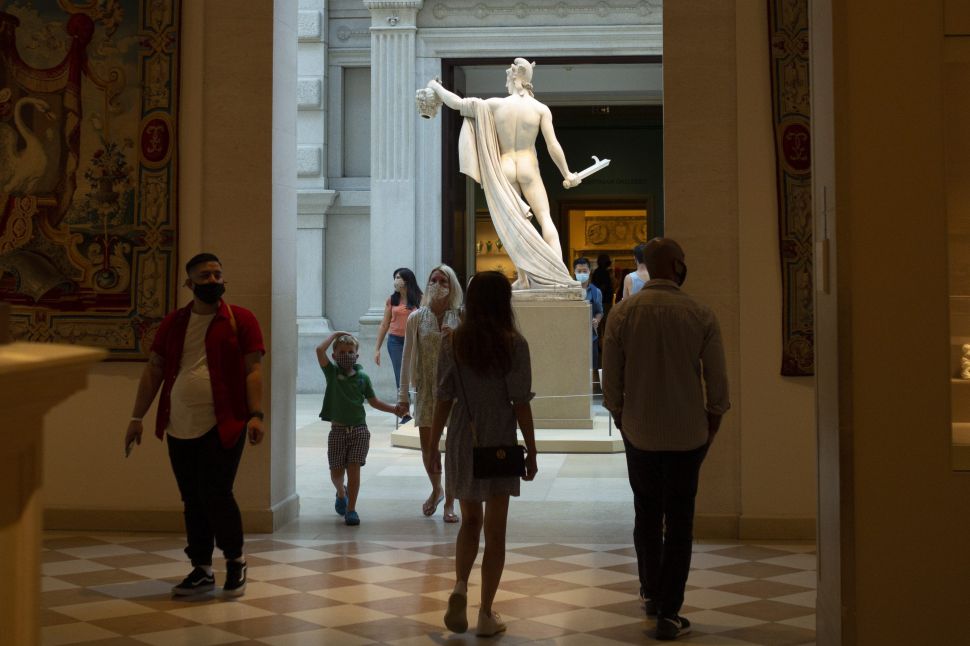