Despite the fact that the UNESCO intergovernmental commission recently unanimously voted for the return of Grecian Parthenon sculptures from the U.K. to their country of origin, the U.K. has summarily rejected this proposed order of events, new reports indicate. Despite ongoing conversations regarding the importance of returning ancient artifacts to the countries from whence they came, the United Kingdom is arguing that the specific Greek items currently housed in the British Museum were obtained legally; therefore, the country is arguing that it bears no responsibility to return the sculptures. The British Museum has retained the sculptures in question within the institution for almost 200 years.

Additionally, despite claims that the items were stolen, the British Museum has maintained the position that the sculptures were acquired legally by Lord Elgin, the British Ambassador to the Ottoman Empire. The museum claims that Elgin was granted a permit between 1801 and 1805 that authorized him to remove a significant amount of sculptures from the Parthenon, the Erechtheion, the Temple of Athena Nike and the Propylaia. Additionally, the British Museum’s website states that a Parliamentary Select Committee in 1816 found Elgin’s actions to be entirely legal.

“We disagree with the Committee’s decision adopted in the closing minutes of the session and are raising issues relating to fact and procedure with UNESCO,” a U.K. government spokesperson told Artnet News. “Our position is clear—the Parthenon Sculptures were acquired legally in accordance with the law at the time. The British Museum operates independently of the government and free from political interference. All decisions relating to collections are taken by the Museum’s trustees.” 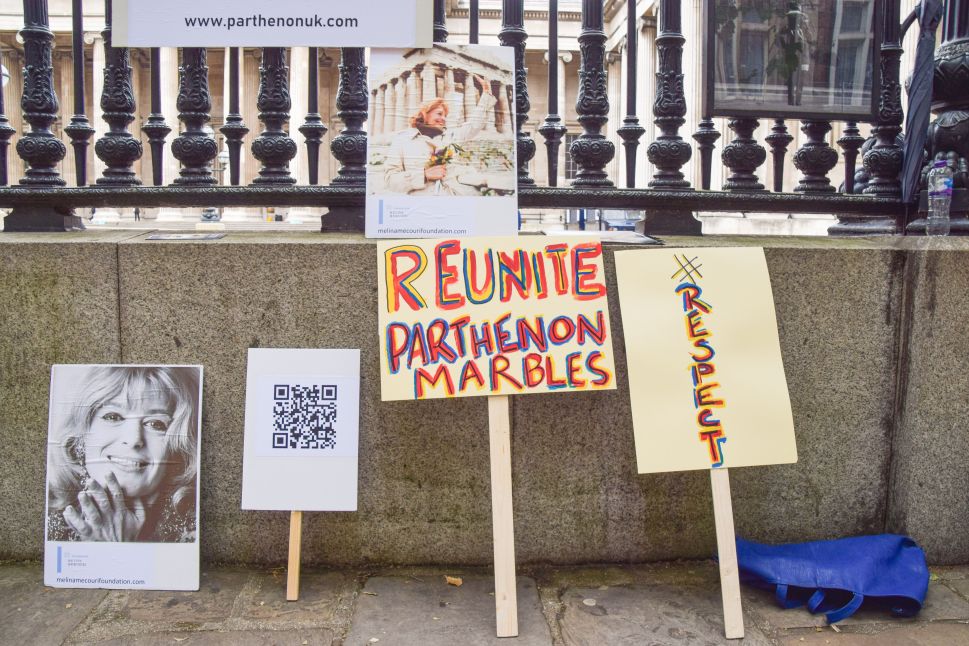