“Content is king” goes the old adage, but how does that monarchy retain power as the kingdoms keep on proliferating? Broadcast, cable, streaming, movie theaters, social media—an endless array of on-screen entertainment now competes for our attention and wallets. And with Hollywood exhausting its own library resources after years (and years) of reboots and revivals, the door has opened for video game IP to become the next weapon in the industry’s franchise wars.

Aiming to position itself as the marquee arms dealer in this category is Ubisoft, the French gaming company that is home to globally popular video game franchises such as Assassin’s Creed, Prince of Persia and Tom Clancy spin-offs like Ghost Recon. Ubisoft Film & Television is already making its mark in film and TV development with Apple TV+’s critically acclaimed sitcom Mythic Quest (the video game studio’s first-ever live-action series) and Netflix’s highly-anticipated upcoming adaptation of Assassin’s Creed.

According to Margaret Boykin and Danielle Kreinik—Ubisoft’s heads of film (Boykin) and TV (Kreinik) development—the company is looking to create its own “Jumanji or Ready Player One” through a mix of direct adaptations of its own library and, surprisingly, a strong push into new original ideas.

“When we’re looking at originals, they really need to fit within our wheelhouse of expertise,” Kreinik told Observer. “It has to be about the community and culture of gaming. Whether that be grounded in stories like Mythic Quest, which is a workplace comedy, or even high genre stories.”

In 2019, the film industry set a new worldwide box office record with $42.5 billion in ticket sales. That same year, the video game industry totaled more than $150 billion. In 2020, with the pandemic shuttering movie theaters across the world, the film industry managed a measly $12 billion while pandemic-proof video games generated nearly $180 billion in revenue. According to analyst and venture capitalist Matthew Ball, who has been beating the video game drum on behalf of Hollywood for years, the gaming industry is 43% larger than film and TV entertainment. It’s one of many reasons why Ubisoft Film & Television is teeing up another Assassin’s Creed project after the 2016 Fox movie failed to deliver.

“A core part of our belief is that the worlds of our games are so expansive that there’s opportunities for a lot of different kinds of storytelling,” Boykin told Observer. “We don’t feel limited just because there’s been an Assassin’s Creed movie. There’s a lot of different forms of entertainment that can come from our games.”

The ugly and obvious truth that no one is denying is that video game content has endured a troubled history in Hollywood. We can trace a depressing through line from 1993’s Super Marios Bros. all the way through 2016’s Warcraft—a run littered with the skeletons of failed franchises. But the paradigm is shifting as new levels of success are unlocked.

Dwayne Johnson’s Rampage scared up nearly $430 million at the worldwide box office in 2018 with a title that began as a 1986 arcade game. The Witcher, based on the globally popular book and video game series, is now one of Netflix’s most-watched original series. Paramount’s Sonic the Hedgehog earned more than $300 million worldwide in 2021, with a sequel due next year. Mortal Kombat is reportedly one of HBO Max’s most-watched films overall. 20th Century’s Free Guy is closing in on $330 million worldwide. There’s still plenty of potential for a live-action Pokémon franchise.

As successes begin to accumulate, the stigma of failed old adaptations begins to wane, and Ubisoft’s live-action divison wants to accelerate this process—and reach out to audiences beyond gaming’s core. One project the company is buzzing about is based on their upcoming IP Skull and Bones, a female-centric pirate story. Amanda Segel (The Good Wife, Person of Interest) has been tapped as writer and showrunner. Another is a feel-good original being developed with I Feel Pretty creative duo Abby Kohn and Marc Silverstein. The series follows a group of senior citizens who join an esports team. On paper, it sounds like a mix of The Best Exotic Marigold Hotel and Ted Lasso. The underlying belief supporting both is that Hollywood has an untapped goldmine on its hands in video game IP and adjacent content.

Ubisoft Film & Television isn’t setting any specific output goals in terms of annual film and TV volume, but rather a release slate that “serves both our players and broader audiences alike,” according to Boykin.

June’s Werewolves Within was just the company’s second live-action feature film and its first independent production. The $6.5 million budgeted horror comedy failed to turn a profit at the COVID-constricted box office but earned an 86 percent critics rating on Rotten Tomatoes. The film speaks to the nuances of the company’s content approach.

The studio knew Werewolves Within was far from its most well-known game. But its film division recognized a high-concept that could be made on a low budget, and a relatable story that featured fantastical elements. It was viewed as a movie that could stand on its own regardless of brand. (Related: cast the great Sam Richardson in more projects, Hollywood!)

“A lot of what we do is looking at the marketplace right now and figuring out where we can stand out the most,” Boykin said. “Where are we going to get the most attention? Where is this going to feel like a unique, smart, creative and commercial project that we haven’t seen before?”

As part of the upcoming Assassin’s Creed revival, Netflix and Ubisoft Film & Television will also tap into the iconic video game’s trove of dynamic stories for additional adaptations across live-action, animated, and animated series. Since it first launched in 2007, the Assassin’s Creed series has sold more than 155 million games worldwide, becoming one of the biggest game series in history. It’s now part of Netflix’s multi-pronged effort to develop its own high-profile franchises. Assassin’s Creed joins a slate of Ubisoft’s IP-based and original film/TV projects in various stages of development and production, including Tom Clancy’s The Division (Netflix), Rabbids (Lionsgate), Just Dance (Sony’s Screen Gems), Netflix’s Beyond Good & Evil and Rabbids Invasion (Season 4).

Following in Marvel’s footsteps, is there room across this eclectic development slate for a shared Ubisoft cinematic universe?

“Yeah, everything’s open right now,” Kreinik said. “We’re very flexible. We want to see the creative first, what works, and then we’ll make decisions from there.”

Reboots, revivals and continuous franchises still work for Hollywood, but they’re finite resources with inevitable expiration dates. Video game IP may still be more closely associated with its resume of infamous flops, but it offers a mountain of new blockbuster content. That’s an enticing prospect as Hollywood finds itself in a feeding frenzy for buzzy originals (ViacomCBS is betting big on Paramount+’s upcoming Halo series). Between a roster of hit games and a devoted interest in originals, Ubisoft Film & Television is hoping to cast a wide net and ensnare new audiences. 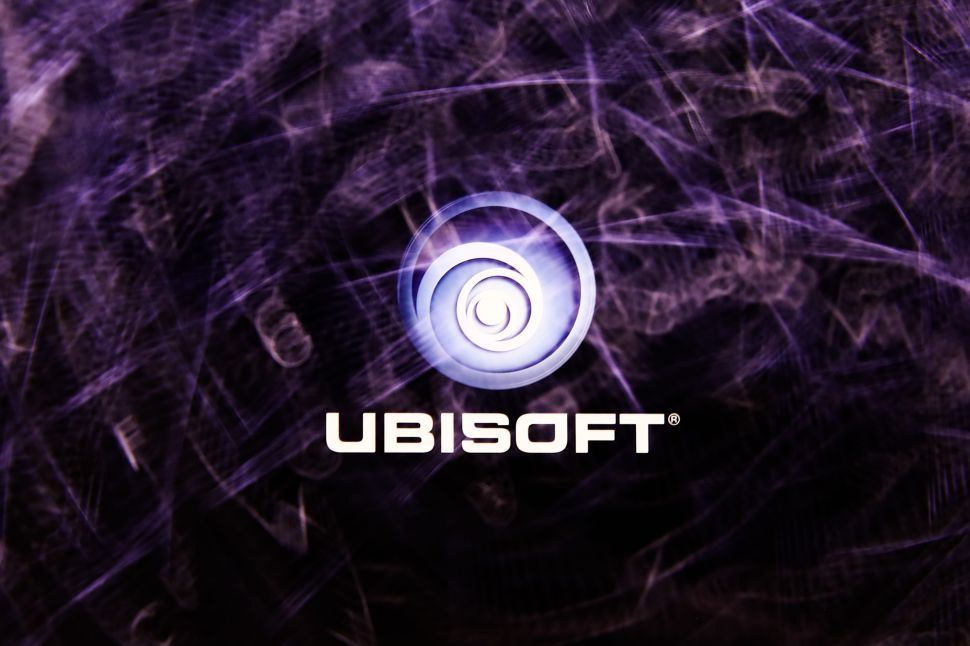