In February, multiple news outlets reported that Volkswagen’s relatively new CEO Herbert Diess was considering spinning off the the company’s most profitable brand, Porsche, as a public company to boost the German automobile group’s market value and raise capital to fund its transition to electric vehicles.

Bloomberg valued Porsche’s potential listing at as much as 110 billion euros ($133 billion), more than its parent company’s market worth ($90 billion euros, or $109 billion, at the time).

However, that plan is put on hold for now as the IPO market cools down and a global semiconductor shortage puts a dent in Volkswagen’s new car production and profits.

“We think we are well organized now in the premium sector, this is working for us quite well now. We don’t sell any of the other assets currently,” Diess told reporters Thursday after Volkswagen released third-quarter earnings results.

Diess on Thursday said he was confident that Volkswagen could keep up with Tesla, but added this would require further cost cuts, including headcount reductions at its Wolfsburg headquarters in western Germany.

Diess told investors that Volkswagen will likely need some “headcount reduction” in order to keep up with competitors, notably Tesla, which is planning to open its first Europe factory in Gruenheide near Berlin.

“The results of the third quarter show once again that we must now systematically drive forward the improvement in productivity in the volume sector,” Diess said.

Diess’ comments “added to negative sentiment toward in-line 3Q earnings, which were boosted by Audi’s one-time commodity/FX hedge gains and guidance for 450,000 fewer 4Q deliveries due to semiconductor shortages, a situation that may ease in 2022,” says Bloomberg Intelligence automotive analyst Michael Dean.

Volkswagen aims to overtake Tesla as the world’s largest electric vehicle maker by the middle of this decade. The German auto giant sold 16 times more cars than Tesla last year, but its market cap is only one-tenth that of the Elon Musk-led company.

When Diess took the helm of Volkswagen in 2018, he promised shareholders to grow the company’s market value to 200 billion euros ($242 billion) by the end of 2019 and level with “Big Tech” companies in the long term. The only carmaker that has come close to that goal is Tesla, whose market cap surpassed $1 trillion this week after Hertz placed a huge order.

There are only five “trillion-dollar” companies in the U.S. The other four are Apple, Amazon, Microsoft and Google parent Alphabet.

Volkswagen’s key stakeholders are meeting next month to review the company’s five-year investment plan that includes major expenses on electric and self-driving technologies. CFO Arno Antlitz said Thursday he was “quite confident” these investments can be financed from the company’s own cash flow so long as it meets cost-savings targets. 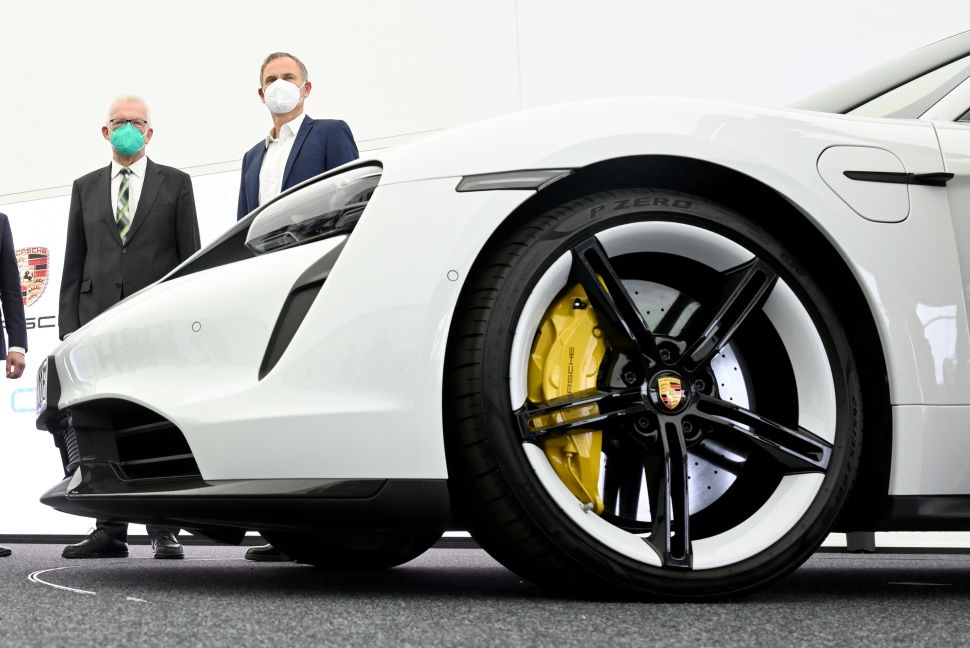