In May, AT&T sent a jolt through the media landscape when it announced that it would spin off WarnerMedia in a merger with Discovery Inc. The chain reaction of questions and uncertainties this set off regarding the future company was explosive. Would Discovery CEO David Zaslav and WarnerMedia CEO Jason Kilar co-exist, sharing the kingdom in an uneasy alliance? Unlikely. While speaking at Vox Media’s Code Conference in late September, Kilar admitted to feeling disappointed that he won’t have the opportunity to continue leading the company, though he expects to remain at WarnerMedia through at least early 2022.

With an eventual change of scenery expected, looking back at Kilar’s time at WarnerMedia and forecasting what may come next for the executive gives insight into the current competitive environment.

Kilar was named WarnerMedia CEO in April of 2020, and his tenure’s defining move came eight months later, in December. With ongoing pandemic uncertainties dragging down theatrical cinema and fledgling streaming service HBO Max coming out of the gate slow, Kilar announced that Warner Bros.’ entire 2021 movie slate (beginning with Wonder Woman 1984) would debut simultaneously in theaters and on HBO Max. It was as bold of a strategy as has been seen in recent Hollywood history. While other studios patched together pandemic release strategies on a case-by-case basis, WarnerMedia carved its plan in stone. Except during the carving process the company failed to notify many creative and corporate partners, leading to significant backlash from the Hollywood community and hundreds of millions of dollars in “make-good” payouts. (Kilar admitted last month they rushed the move).

Whatever the repercussions, the move essentially turned HBO Max into a media lab, running a invaluable (and very public) experiment on the impact of day-and-date releases. And while some accused Warner Bros. of abandoning its movie business, the company currently stands second among all Hollywood studios in domestic market share (18.08 percent) at the box office (just behind Disney). Note that its biggest bets, Dune (Oct. 22) and The Matrix Resurrections (Dec. 22), are still to come.

“It’s ultimately been of benefit to everyone in the industry, and particularly Warner Bros.,” Bruce Nash, founder of box office analysis and tracking service the Numbers, told Observer. “They get to see who is watching on HBO Max, what the overall viewership impact of same-day releases is, and the financial benefits of setting up subscriptions on a service, which is a very good business model if you can crack it.”

At the same time, HBO and HBO Max have reached 47 million U.S. subscribers as of Q2 of this year, a 10.7 million increase from the year-ago quarter. Globally, HBO and HBO Max have surpassed 67.5 million subs as of the end of June. These include wholesale subscribers who may not have activated their HBO Max accounts, but it does exclude free trials. This growth painted a rosier picture of the company’s future. In July, AT&T upped its subscriber projections to between 70 and 73 million paying customers by the end of 2021 after forecasting between 120 million and 150 million global subscribers by 2025 earlier in the year. Year-over-year U.S. subscriber growth has increased by 72 percent from June 2020-June 2021, per transactional data firm Antenna.

Mending the damaged creative relationships has been difficult and expensive, and some bridges may be burnt beyond repair (see: Christopher Nolan). That’s a tough loss. But struggling theaters were able to lock in a slate of movies amid a never-ending game of release date musical chairs. And HBO Max gained a steady supply of high-end content amidst production shutdowns. Given the COVID complexities and the box office struggles for non-Marvel movies, it made sense. And it’s working.

HBO Max has grown substantially in the past year, according to content analytics platform Diesel Labs. As of the end of September ’21, it clocked in with an engaged audience that is only 18 percent smaller than Disney+, with both services hot the heels of Netflix. (Audience engagement is defined as the production of original posts / comments / tweets / reactions related to any ‘atom’ of media content. This engagement intelligence is augmented with subscription information, content ratings and metadata, and other emerging media signals.)

In terms of corporate demand share—which measures streaming video on demand (SVOD) market share for content across all platforms in the United Staes—WarnerMedia ranks third behind ViacomCBS and Disney, per data firm Parrot Analytics.

“The model is only successful if both platforms are successful in the release of these films,” Paul Dergarabedian, senior media analyst at Comscore, told Observer. “If one platform takes a hit then, in my opinion, that isn’t a great strategy. But when you take in the sum total of the overall success, I think they’ve done pretty well.”

HBO Max is steadily growing in 2021 and the box office hasn’t bottomed out (WB’s Godzilla vs. Kong was the first pandemic hit). Looking at WB’s 2022 slate, the studio is poised to deliver a number of high-profile blockbusters such as The Batman, Fantastic Beasts 3, Black Adam and The Flash. Across HBO and HBO Max, WarnerMedia is tapping its major brands—DC, Game of Thrones, video-game adaptations, maybe even Harry Potter—to develop an avalanche of needle-moving IP. WarnerMedia developed these properties long before Kilar joined up, but he’s helped oversee continued progress.

“They are the only studio that is really competing with Disney in terms of having strong franchises,” Nash said.

What are Jason Kilar’s Next Steps?

A move within the Hollywood comes with its own set of perceptions problems.

“The problem is he’s CEO, and sort of like an NBA or NFL head coach, you can’t really go back to being an offensive coordinator,” former digital media professional and current industry analyst Entertainment Strategy Guy told Observer. “Sometimes, people do, but that’s considered a downgrade often.”

Kilar has long been considered a strong product-strategy guy. He’s drawn to technology and emerging companies, as evidenced by multi-year stints at Amazon and Hulu. This sets up an interesting choice.

Hollywood is diverging into two groups at the moment. One includes companies that have bottomless pits of money (Amazon or Apple) or thriving streaming packages (Disney and Netflix). The other (NBCUniversal, ViacomCBS) would love to join the cool kids. They’re spending billions to get it done. But they don’t have oceans of cash on hand and are struggling theatrically, digitally, or both.

Both NBC’s Peacock or Viacom’s Paramount+ need subscribers—and revenue from those subs—in a way that a company like Apple doesn’t. This makes long-term strategy a potential victim of resource allocation. How do you spend what you’re not making? Kilar’s experience straddling the line between legacy entertainment and the direct-to-consumer revolution is attractive to either company as they attempt to move up the ladder.

That said, Peacock just tapped former Hulu head Kelly Campbell as President, so even though it’s in need of growth, it may not be looking to add another big name executive. Paramount+ makes sense, though ViacomCBS’ President and CEO of streaming Tom Ryan is chugging along and Paramount Pictures just tapped the digital-friendly Brian Robbins as studio head.

Disney isn’t really much of an option—CEO Bob Chapek’s team is largely in place, and the Mouse House is unlikely to offer Kilar the autonomy that he’s used to. Amazon and Apple would be intriguing destinations. Amazon recently acquired MGM and may have the appetite to move aggressively on the entertainment front under studio head Jennifer Salke. Apple is set with content leaders Jamie Erlicht and Zack Van Amburg, but they don’t have the same muscle on the product strategy side. Apple TV+ is flush with quality but lacks in audience awareness; it could use Kilar’s insight into marketing, distribution, and maneuvering. The gargantuan Apple ecosystem, though, comes with its own set of drawbacks.

If Kilar pivots squarely back to his tech roots, there are some intriguing options.

“TikTok U.S.? Maybe a music streamer,” Entertainment Strategy Guy said. “Something like that so it’s not specifically in Hollywood. If it has to be Hollywood or streaming, the one to keep an eye on may be DAZN. It doesn’t come with the baggage of some of the other streamers, but has lots of upside.”

DAZN was the only sports SVOD service to see a drop in U.S. yearly subscriptions from 2019 to 2020, per Antenna, as they pursued a more international strategy. Questions remain as to the value proposition for streamers aiming at the small but passionate audiences for niche sports. But as sports continue to migrate from linear TV to streaming, it’s an attractive growth area where Kilar could have impact.

Ultimately, though, he’s going to have options if he wants them. “Someone with Kilar’s background and track record in how media is presented to consumers today leaves open a lot of opportunity,” Dergarabedian said. “He’s shown a strong grasp of marketplace dynamics during a very difficult time. He’s well suited for a lot fo companies.” 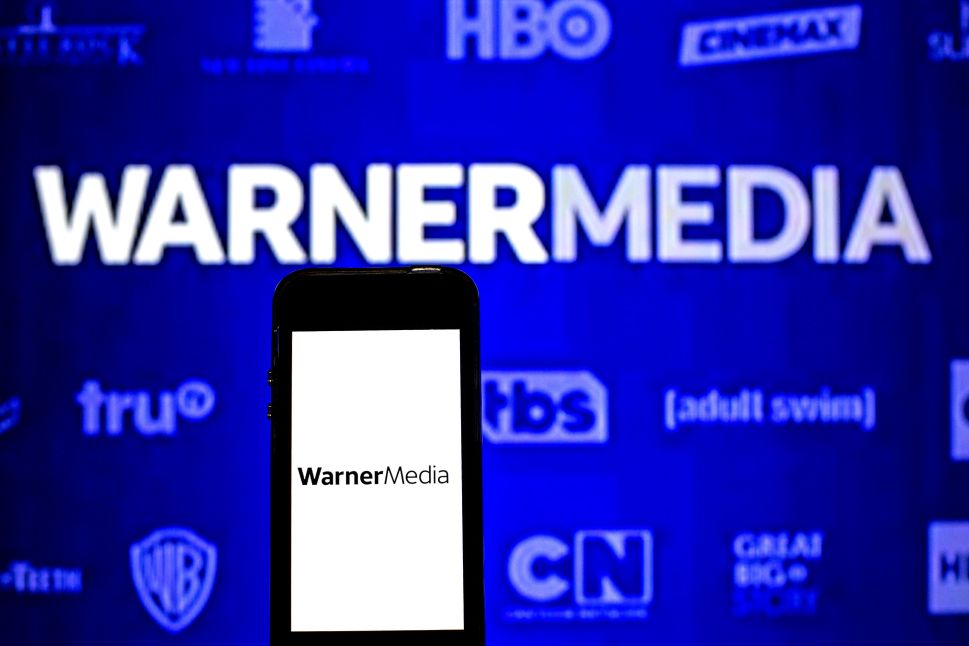