With Halloween only about a week away, scary movie season is officially in full swing. Streaming platforms have everything, from gory action flicks that will make your skin crawl to brand new movies that subvert the scary in terrifying ways. Plus, there are a few new premieres this week from HBO Max, if you need to take a break from all the horror movie mayhem. But, for now, let’s take a walk down Fear Street and see what’s streaming this week.

The lead characters of The Trip know that divorce can be hard—it’s expensive, emotionally taxing, and exhausting. Really, it’s far easier to just murder your partner. With husband and wife trying to force death to do them part, a violent, bloody comedy of errors begins to unravel on their final couple’s getaway. This dark comedy and action thriller will pack a punch of entertainment, and maybe knock out a tooth or two. The Trip is available to stream now.

For a series of scares, Netflix’s recent horror movie anthology Fear Street should do the trick. Each movie jumps to a different moment in time, first to 1994 in a rehashing of slasher classics, then to 1978 for a cursed summer camp serial killer, and finishing all the way back in 1666 with a literal witch hunt. Each film is referential to the great horror movie canon in its own way, giving old tropes new life in this scary cinematic universe. Fear Street’s three parts are available to stream now.

In this highly original horror movie, Enid works to hide violence and gore in films from unsuspecting general audiences (think the weird cutaways from a blood splatter you’d see on cable TV). When an archived film starts stirring up memories of a repressed past, though, trauma begins to bleed into her life. This strange psychological horror promises to be like nothing you’ve ever seen, giving an anxiety-inducing new meaning to the idea that a movie may stick with you long after you’ve watched it. Censor is available to stream now.

Movies with a pandemic-related twist have been pretty hit or miss so far, with many coming across as gimmicky (does anyone else remember the Michael Bay project Songbird from last year, starring Riverdale’s own KJ Apa? No? Just me?). In the Earth seems like an antidote to these kinds of novelties, though: it turns pandemic paranoia on its head with the help of a woodland horror story—it’s basically Annihilation meets Midsommar, if that’s your kind of thing. In the Earth is available to stream now.

A girl’s trip gone horrifically wrong, The Descent takes the claustrophobia of a collapsed cave system and adds terrifying mutated humanoid “crawlers” to the mix. This Woman versus Nature picture has some of the most chilling scenes in horror movie history, coupled with compelling traumas shared by the six women at its center. It’s scary, it’s moving, and it’s a great departure from the horror cinematic universes that we’re used to in 2021. The Descent is available to stream now.

After a long-delayed and much-hyped release cycle, Dune is finally coming to theaters and streaming this week. The first of a two-part series planned by director Denis Villeneuve, the movie has made headlines for potentially being one of the biggest blockbusters of the year. A new attempt at adapting the eponymous novel (after David Lynch’s 1984 version starring Kyle MacLachlan left a bad taste in Hollywood’s mouth for over 30 years), this movie makes a statement with its cast alone: Timothée Chalamet, Zendaya, Oscar Isaac, Josh Brolin, Jason Momoa… the list goes on. While we have mixed feelings on the film, it certainly has something for everyone as a new space epic. Dune premieres in theaters and on HBO Max October 21.

The acclaimed comedy helmed by the multitalented Issa Rae returns for its fifth and final season this week. With last season’s friendships and romances ending in flux, Season 5 promises to be both gut-wrenching and gut-busting as it finds a way to end one of the most-loved shows on television in recent years. Between creator Issa Rae’s irreverent humor and the show’s lived-in ensemble cast, there’s humor and heart all over Insecure. Insecure Season 5 premieres October 24, with new episodes coming out weekly.

The Witches of Eastwick

What’s a movie that gives wonderfully 80s Halloween vibes, was directed by the same guy who did Mad Max: Fury Road, and stars Cher with some of her biggest hair ever? The Witches of Eastwick, of course! This campy old time also features a devilishly fun performance from Jack Nicholson, as well as some delightfully fun turns from Susan Sarandon and Michelle Pfeiffer. Who wouldn’t want to watch this A-list Halloween comedy? The Witches of Eastwick is available to stream now. 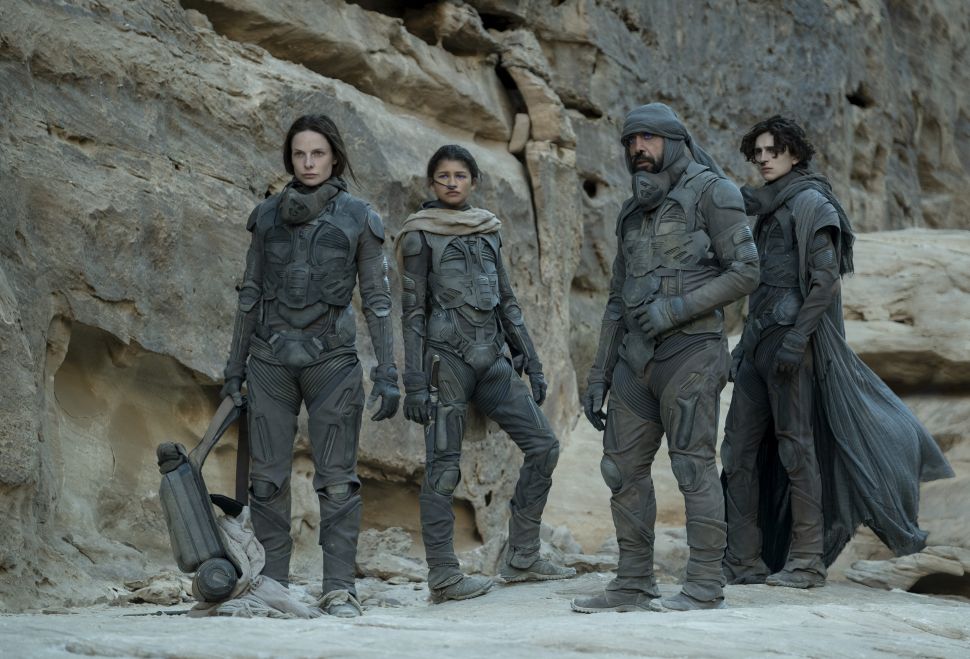