Another week, another great slate of content to watch! From series premieres to new movies, returning favorites to cult classics, there’s plenty to pay attention to this week. Whether you want a powerfully emotional new show, some good scares, or to drag up your dragging week, we’ve got more than enough to recommend to you.

If The Queen’s Gambit made anything clear about Netflix, it’s that they can produce an arresting limited series surrounding a complex, tortured female character. Instead of chess and Anya Taylor Joy, though, Maid offers actress Margaret Qualley a chance to struggle and shine as an impoverished single mother who’s escaped an abusive relationship and finds work as a house cleaner. The series has received universally positive reviews so far, making it more than worth the watch. Maid premiered earlier this month and is streaming on Netflix now.

Cannibalism, veterinary school, and the French – oh my! Raw was the 2016 feature directorial debut of French filmmaker Julia Ducournau, a rising star in international film after her body-horror flick Titane won the prestigious Palme d’Or earlier this year. This coming-of-age tale is tinged with horror, as lifelong vegetarian Justine starts her training as a vet and begins to develop a taste for meat—from all sorts of sources. It’s a movie that wants you to be squirming in your seat, so if you’re in the mood to watch something thoroughly freaky, this is the perfect choice. Raw is available to stream on Netflix now.

This new limited series promises to be a dramatic look into the greed, trauma, and tragedy that helped to propel the U.S. into its current opioid crisis. Dopesick starts with the creation of OxyContin by Big Pharma company Purdue, then follows all of the unfortunate threads that result from the drug. From suspicious small-town doctor Michael Keaton to DEA agent Rosario Dawson and addict Kaitlyn Dever to CEO Michael Stuhlbarg, this show promises a wide-ranging look at the devastating effects of one company’s decision to prioritize profits over people. Dopesick premieres October 13.

If the incoming Halloween holiday makes you shiver in antici… pation, then you’ll be happy to hear that the campy cult classic The Rocky Horror Picture Show is available on streaming. This wonderfully absurd and gleefully obscene movie has remained a staple in theaters for its devoted troupes of audience participants, and while all should try to support their local theaters by attending an interactive showing or two this spooky season, this movie packs more than enough fun and weirdness to experience from the comfort of your own home. The Rocky Horror Picture Show is available to stream on Hulu now.

In addition to last week’s Bingo Hell, Amazon is partnering with horror juggernaut Blumhouse (Get Out, The Purge series) to bring another scary movie to streamers this week. The Manor, in an interesting addition to last year’s I Care A Lot, centers around an old woman who has been forcibly moved into an assisted living facility following a stroke. Here, she encounters unexplainable supernatural threats, but her incapacitated status forces her to remain in this den of danger. It’s always interesting when a horror movie makes the active choice to subvert the final girl trope, as The Manor does by casting 73-year-old Barbara Hershey as its protagonist, so it makes sense that this film will pack more than a few twists and turns. The Manor premieres October 8.

With It: Chapter 2 becoming available to stream this week, HBO Max has given you the perfect opportunity to set up a great horror movie marathon. Not only could you make a double feature out of It: Chapter 2 and its predecessor It, but you can add a third film onto the roster with It franchise director Andy Muschietti’s directorial debut, Mama. Two out of three of these movies also star Jessica Chastain, which is never NOT a plus. It: Chapter 2 will be available starting October 10.

For some lighter fare, HBO’s Emmy-nominated reality show is returning. We’re Here brings back drag queens Shangela, Eureka O’Hara, and Bob the Drag Queen—all three made famous by their stints on RuPaul’s Drag Race—to venture to small, rural towns, recruiting people in need of a means of personal expression and helping them perform in one-night-only drag performances. It’s a show that provides a winning combination of heart and humor, equally emotional and uplifting, and with only six episodes in the first season, it’s the perfect show for a quick binge before its second season comes around. We’re Here – Season 2 premieres October 11. 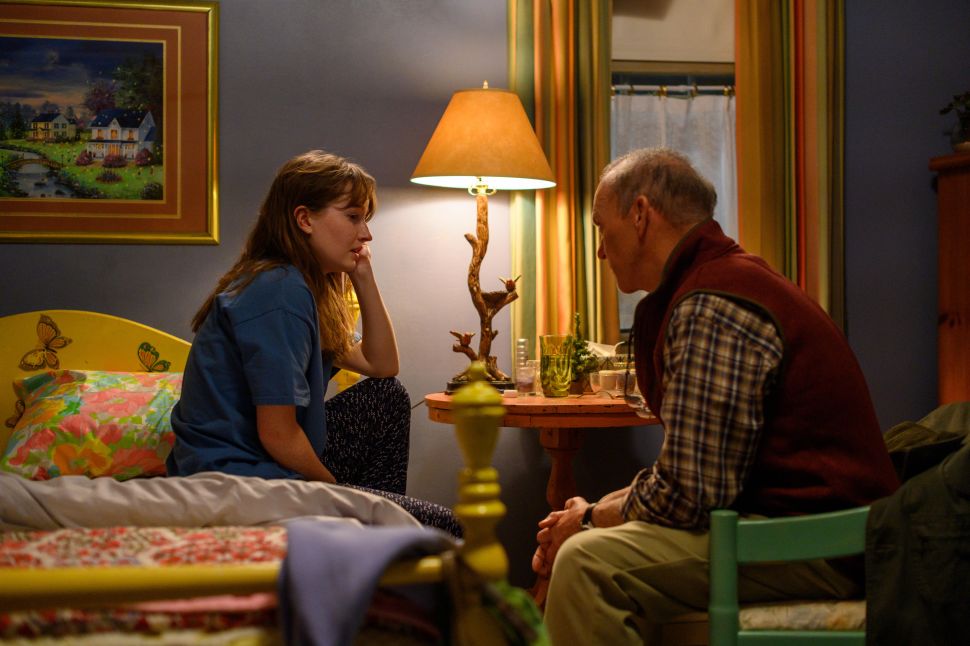