Zoe Kravitz has added a charming home to her real estate portfolio. The actress scooped up an idyllic two-bedroom, three-bathroom abode in the Pound Ridge enclave of New York’s Westchester County, for which she paid $1.45 million.

Kravitz, who finalized her divorce from Karl Glusman over the summer, purchased the 2,592-square-foot retreat in an off-market deal at the beginning of June, as first reported by Dirt. The home was sold by actress Maggie Q, who had owned the sprawling two-acre estate since 2013.

A stone pathway leads to the front door of the barn-inspired house. The home features wood beams, columns and hardwood floors throughout; the sleek open kitchen is surely the most modern space, with stainless steel appliances, marble countertops, wood cabinetry and bar seating. It’s adjacent to an open dining and living area with a fireplace, and also leads to an al fresco nook with a picnic table-style dining space.

The primary loft-like bedroom appears to span a full floor; the airy space contains a fireplace, separate living area, dressing room and a tiled bathroom with a copper-colored freestanding soaking tub. The other bedrooms are much smaller, encompassing cozy nooks in the house.

The expansive property is filled with plenty of tall trees for peak privacy, as well as various seating and lounging spaces amidst the greenery. There’s also a small bridge over a little stream.

Kravitz is primarily based out of Brooklyn, where she purchased a sprawling 3,000-square-foot Williamsburg apartment in a converted warehouse for $3.2 million in 2015. Perhaps she’s decided she wants a getaway from the city, though, and plans on using her new Pound Ridge estate as an escape from the hectic area…or maybe she’s just ready to take a break from the local group of Williamsburg moms that apparently have a full text chain in order to attempt to spot the actress and Channing Tatum out and about in the neighborhood. 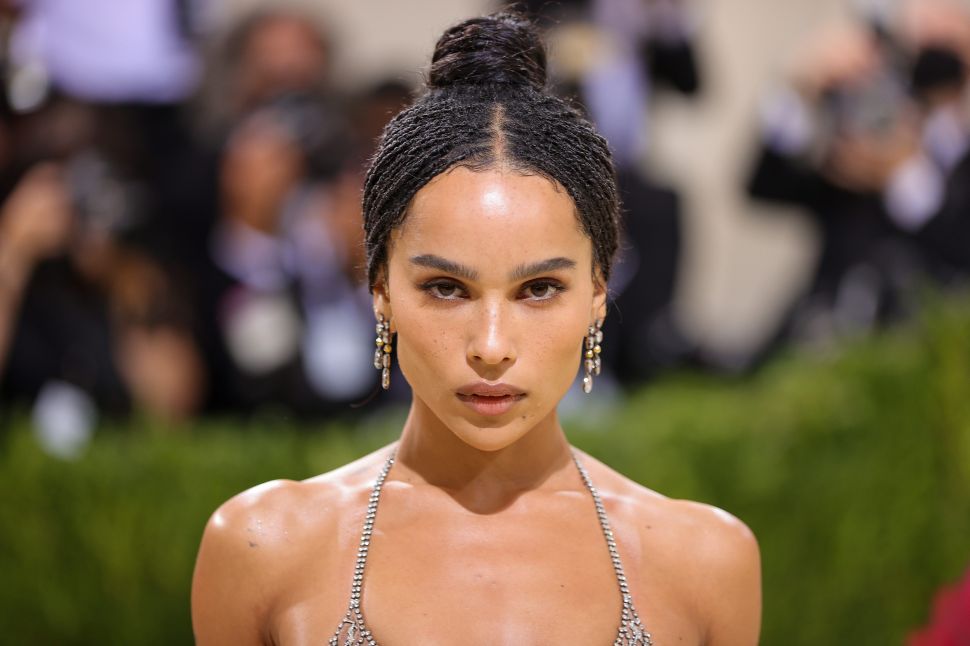