On December 7th, Sotheby’s, which recently has been devoting much of its attention to NFTs and other digital pursuits, will be offering a statue known as The Hamilton Aphrodite that was last spotted at auction seventy years ago. Rendered in either the 1st or 2nd century AD, the Roman Imperial marble sculpture of the famous goddess of love is also thought to be the first piece of ancient sculpture ever to take up residence in Scotland. It was purchased in 1776 by the 8th Duke of Hamilton in Scotland, and the statue sat in Hamilton palace for 144 years. Now, it’s estimated that the sculpture will sell for between £2,000,000 and £3,000,000.

The Duke of Hamilton famously purchased the statue of Aphrodite during his Grand Tour to Rome; in a portrait painted of the Duke which documented this trip, Hamilton can be seen with the Colosseum, and the Alban hills and the classical ruins of the Forum rendered in the background. “The Duke of Hamilton is said to have fallen in love with Aphrodite the moment he first saw her, almost 250 years ago,” Florent Heintz, the head of Sotheby’s Ancient Sculpture and Works of Art department, said in a statement. “I also fell under her spell the moment I laid my eyes on her, struck as I was by her subtle blend of earthly beauty and divine majesty, and I hope that the public will share the same experience.”

It’s undoubtedly true that artistic depictions of Aphrodite have always inspired lust or unusual attraction, no matter what form they might take. Gavin Hamilton, the painter and art dealer who sold the sculpture to the Duke in 1776 (the two were not related), wrote the following: “The large Venus I had in my possession is now on its way to Scotland. The Duke of Hamilton fell in love with it the moment he saw it, and secured it immediately.” 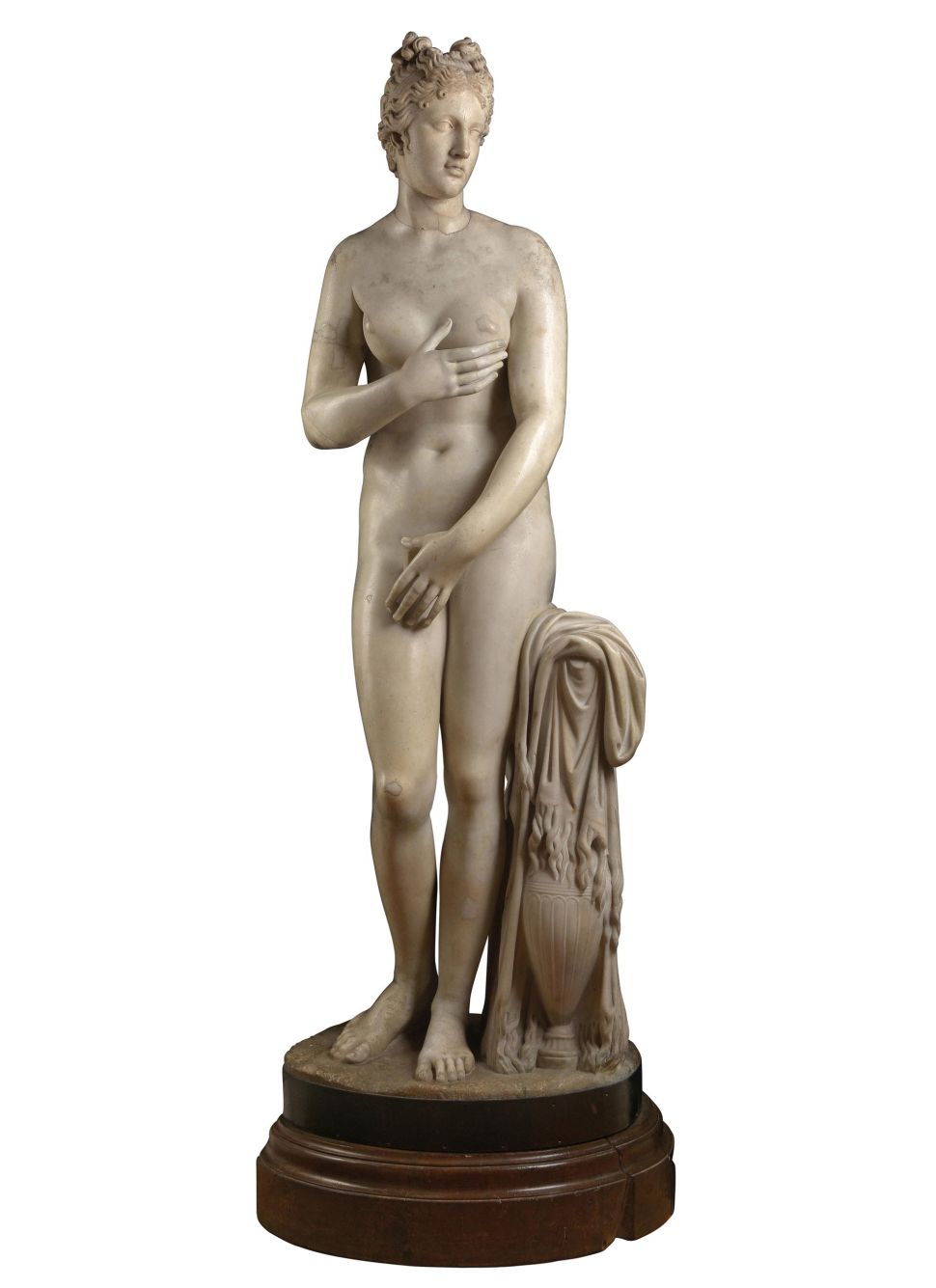