It’s no secret that problematic statuary of historical figures associated with the slave trade represents something of an ongoing issue for the U.K.; ever since the police murder of George Floyd, museums and institutions across the globe have been weighing whether to remove or retain statues of this nature. This week, the Museum of the Home in London released a statement announcing that they are considering relocating a statue of Robert Geffrye, a 17th century trader and slave ship owner, that stands on the facade of the building after being targeted with a campaign that’s insisting that the statue be taken down.

The Museum of the Home, which actually used to be called the Geffrye Museum, reopened in June of this year after a long renovation process was completed. Upon reopening, the museum installed a plaque beneath the statue explaining Geffrye’s deep connections with slavery, but campaigners have continued to insist that the sculpture should be removed altogether. The U.K. government has been adamant that institutions implement a “retain and explain” policy when it comes to problematic statuary, but the Museum of the Home hasn’t been the first museum to push back.

“We believe there is potential to retain the statue on site but in an alternative and less prominent space, where we can better tell the full story of the history of the buildings and Robert Geffrye’s life, including his involvement in transatlantic slavery,” the museum said in a statement this week. “We are confronting, challenging and learning from the uncomfortable truths of the origins of the museum buildings, to fulfill our commitment to diversity and inclusion.”

In September, the former director of the British Museum weighed in on the issue: “A key way to encourage remembering is to keep the mistake visible,” he said, “radically relabelling or repurposing monuments rather than destroying them.” 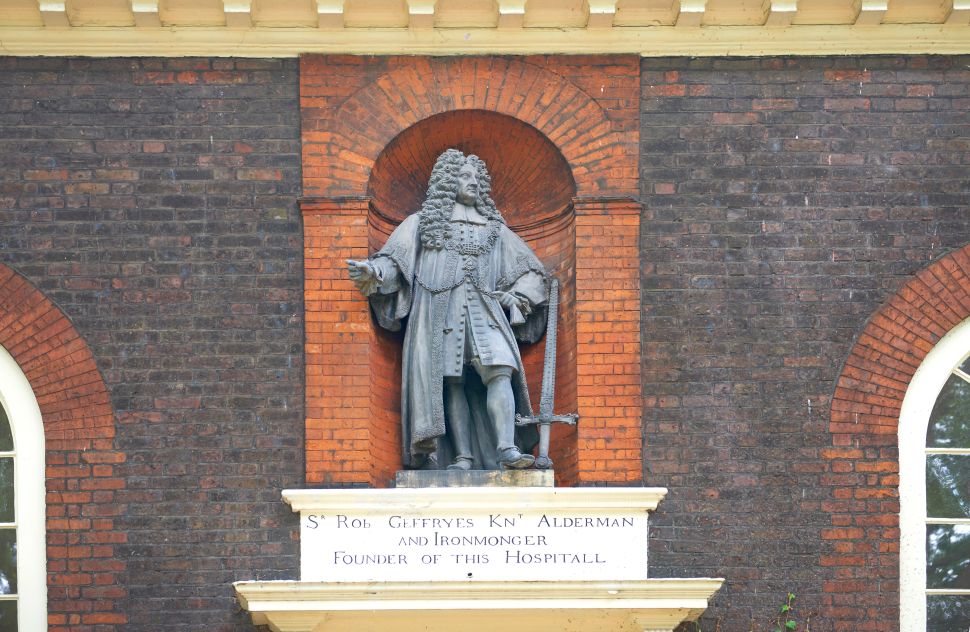