Amazon Prime Video has never played the same game as Netflix and Disney+. The streaming service began as a loss leader to provide added value for customers after they’re done buying Swiffer pads. Months go by between its big releases and the app’s interface hasn’t been updated in years. From the outside looking in, it has appeared over the years that Amazon may just not care all that much about streaming.

But that attitude is rapidly changing. Amazon Studios head Jennifer Salke wields an annual content budget upwards of $8 billion; the company recently acquired MGM Studios for $8.45 billion; and Prime Video is set to take some big-budget home-run swings in the coming years, including 2022’s Lord of the Rings TV show. (There’s a reason every streaming service is looking for the next Game of Thrones or Mandalorian.) Leaving aside toe-in-the- productions like The Boys (and films acquired from other studios like The Tomorrow War and Coming 2 America), Amazon’s first major salvo in the streaming wars is an ambitious adaptation of sprawling fantasy book series The Wheel of Time, which premieres today (November 19). Entering this battle is no easy task, but it certainly helps if you can start off your campaign with a bang.

In terms of global audience demand prior to release, The Wheel of Time, which stars Oscar nominee Rosamund Pike as a badass magical leader, is tracking ahead of other recent fantasy series, per data firm Parrot Analytics. Global pre-release demand for The Wheel of Time was 13.5 percent higher than The Witcher‘s as of four days ahead of their respective series premieres. The latter went on to become one of Netflix’s most-watched original series ever.

Why does this matter so much? Excellent question, rhetorical device! Prime Video has actually fallen in demand growth over the last year, lagging behind Disney+ in digital original share in the U.S. for the first time ever in Q3 2021. The service hasn’t seen an original series reach the top spot in worldwide audience demand since October of 2020, when both The Boys and Mirzapur managed to do so with their second seasons.

In this same span, all three of Disney+’s 2021 live-action Marvel series (WandaVision, The Falcon and the Winter Soldier, and Loki) reached No. 1, while Netflix produced three global chart-toppers in September 2021 alone (La Casa de Papel, Sex Education, and Squid Game). Streaming is a hits-driven business and the elapsed time between Amazon’s successes ceded valuable real estate to competitors, including the slow-and-steadily advancing Apple TV+.

The Wheel of Time is designed to tap into mainstream curiosity with a splashy genre series that draws on both the source material’s built-in fan base and Prime’s 200 million accounts. Pre-release demand hardly guarantees post-launch success, but it indicates a level of interest that bodes well for a strong global debut.

Four days ahead of their respective series premiere dates, global audience demand for The Wheel of Time was:

Each of these four other fantasy series eventually earned exceptional global demand during their first season, which Parrot Analytics defines as garnering at least 32x more demand than the average show. This puts them in the top 0.2 percent of shows across all platforms. I may not be a math wizard, but that’s pretty good.

We’ll need to wait and see how The Wheel of Time performs in a number of third-party metrics in the coming weeks. All that pre-release hype needs to translate into actual viewership and engagement. But as of right now, it’s positioned as Amazon’s successful first shot across the bow in its true fight for streaming supremacy. 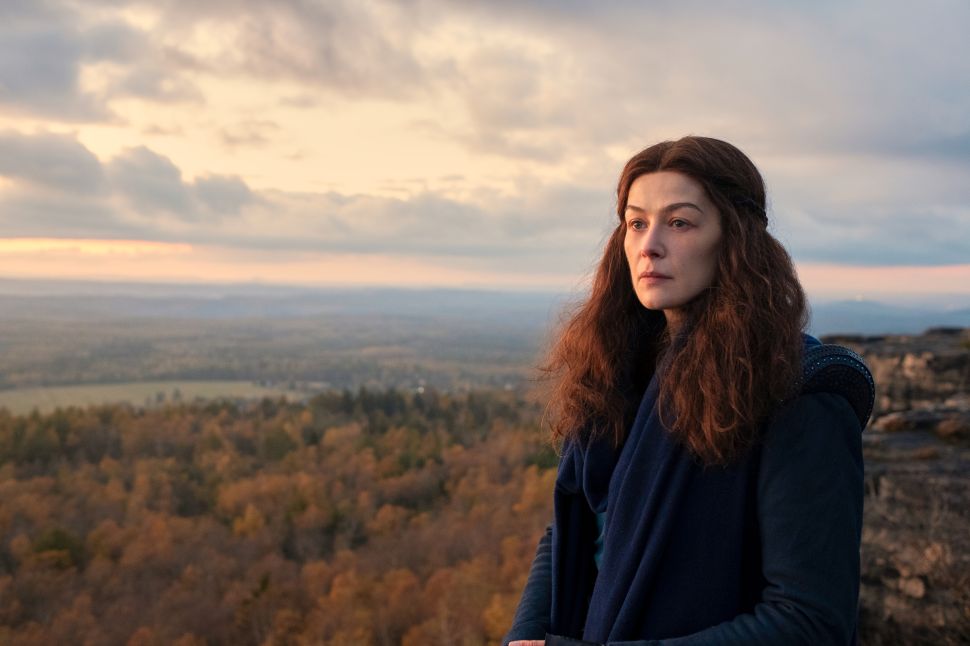