Ever since NFTs first began to capture the attention of the auction world and its denizens, separate auction houses have been deeply committed to outdoing each other with their cryptocurrency-adjacent offerings. On November 18th, Sotheby’s will showcase Banksy’s work Trolley Hunters in a sale that will include live bids in Ether cryptocurrency, which will be fielded by an auctioneer. (In this particular case, the auctioneer is Oliver Barker). According to Sotheby’s, this upcoming event will mark the first time a cryptocurrency is acting as the standard currency for placing live bids on physical artworks during an auction.

Sotheby’s first started accepting Bitcoin and Ether as payment for physical art in May of 2021, just months after Christie’s became the first auction house to auction off a work of NFT art by the artist Beeple; the auction house had garnered an astonishing return of $69,346,250 when that NFT was originally sold. Christie’s also announced that they will begin taking Ether crypto coins as payment in September. The upcoming new Sotheby’s Banksy auction marks a savvy intersection of promoting an elusive and popular artist and centering a cryptocurrency that’s gradually becoming better known by the general public.

Banksy’s Trolley Hunters, which depicts men in loin cloths throwing spears at shopping carts in a grassy expanse, is expected to sell for between $5 and $7 million. Banksy’s artwork is famously so ardently desired all around the world that it is frequently stolen. “With the growing adoption of digital art and NFTs, along with our increased focus on digital innovation, we’ve seen an increasing appetite among collectors for more seamless payment options when doing business with Sotheby’s,” Stefan Pepe, the Chief Technology Officer at Sotheby’s, said in a statement earlier this year.

Clearly, these plans are beginning to be put more consistently in motion. 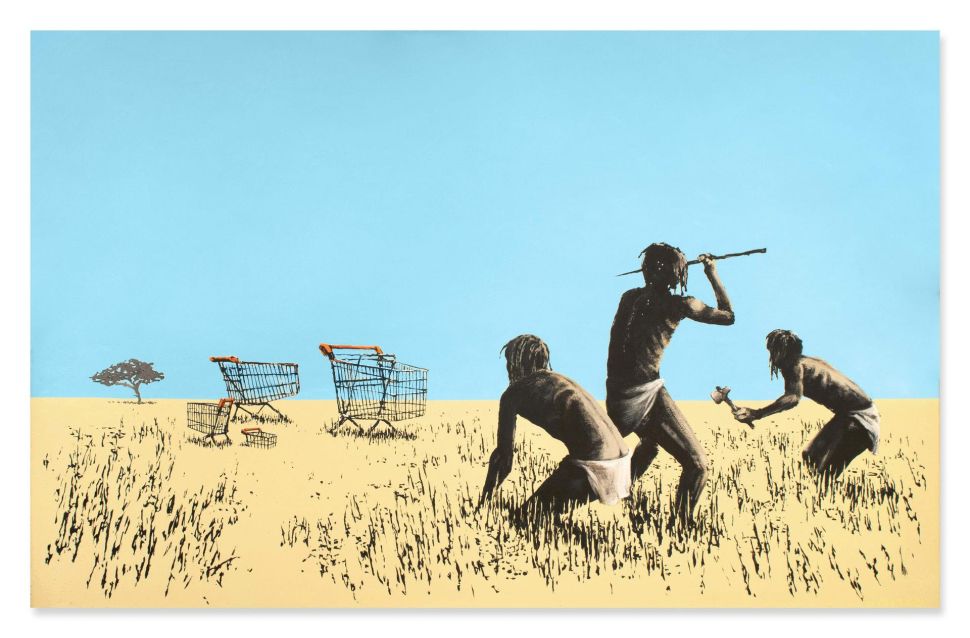