The elusive street artist Banksy has certainly kept himself busy over the last couple of years; during the peak of the pandemic, the graffiti artist created many homages to the routines and health care workers that were keeping the world safe. Now, new reports indicate that a Banksy mural of a child brandishing a crowbar in Lowestoft, England will go up for auction in the United States via Julien’s Auctions in California. Auctions have been built around showcase Banksy items many times before, and one of his cheekiest prints recently sold for upwards of $1 million.

This particular mural, which first emerged in the small English town in August, is expected to make the auction house a tidy profit. The Banksy, in fact, “could fetch between $200,000 to $400,000, but the sky is the limit with the current values of Banksy,” Julien’s Auctions in California said. One Banksy work in Harwich, Essex was recently granted a security guard so it could be watched over at all times, while another work by the artist was deliberately destroyed by none other than Christopher Walken during the culmination of a BBC show that the actor had been filming.

Not everyone, however, is enthused when it comes to the prospect of removing Banksy murals from the walls they’ve been painted on, shipping them out and auctioning them off. In a statement, a spokeswoman from the

East Suffolk Council said that the organization was “saddened to see this piece removed. We are fortunate to still have several other pieces in Lowestoft and Oulton Broad, as well as other street art such as the recently revealed bittern in Oulton Broad, created by renowned artist ATM. We are also progressing plans for a community project where local people can work with artists to produce more street art in the town. 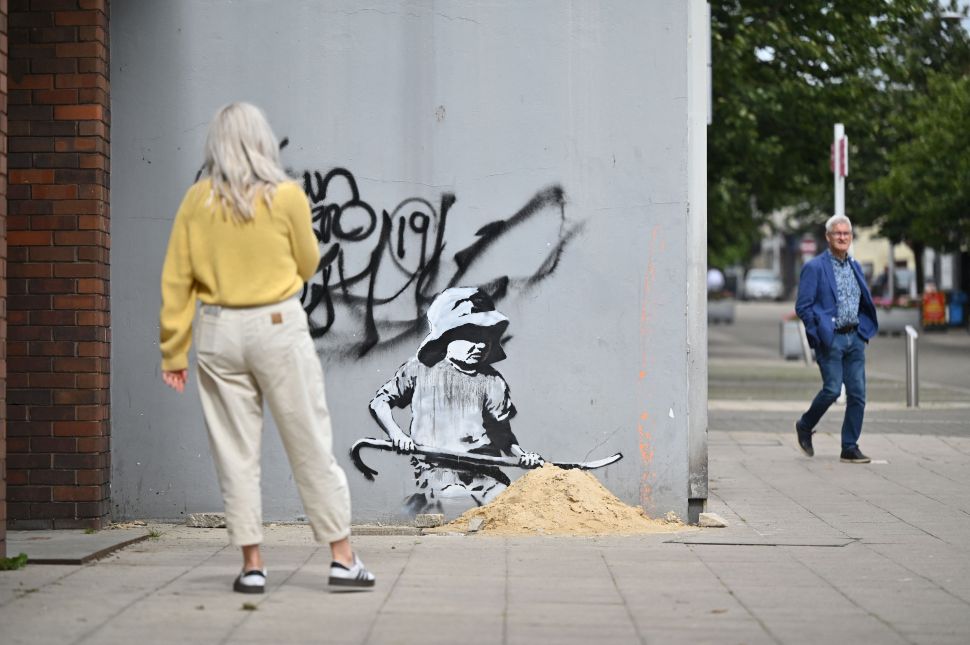