On Sunday, denizens of many intersecting creative worlds where stunned at the news that Virgil Abloh, the fashion designer behind the hugely influential Off-White company and the first Black director of Louis Vuitton, had passed away at the age of 41 after two years of wrestling with cancer. An outpouring of grief shortly followed, with Abloh’s intimates praising his tireless work ethic, his consistent kindness and his successful mission to bring the worlds of high-end luxury and streetwear together. During his lifetime, Abloh also drew comparisons to iconic artists like Jeff Koons and Andy Warhol due to his ability to hijack museums with his unique vision.

Abloh’s designs were deeply influenced by contemporary art, as well as by the desires of young consumers of fashion looking for garments that fundamentally reflected their senses of self. Abloh’s personal contemporary art practice was multifaceted: he also earned a masters in architecture at the Illinois Institute of Technology. His actual creations were minimalistic, advertising-informed and unavoidably popular.

In 2019, the Museum of Contemporary Art in Chicago scored a huge hit with “Virgil Abloh: Figures of Speech” the first museum exhibition devoted to the designer and artist’s meteoric rice and unique aesthetic. When Abloh funded Off-White in Milan in 2013, he was already coming off of years of professional experience that solidified his place in the history books: he’d been employed on Kanye West’s creative team, helping to design album covers, merchandise and concepts for concerts.

These legacies were explored in the exhibition, which magnified the huge lettering in quotation marks that would become Abloh’s signature calling card. MCA Chicago reported that the exhibition doubled their average summer attendance rates, and the exhibition went on to make stops at several other museums. In the last month of Abloh’s life, the exhibition had made it all the way to Doha, Qatar. 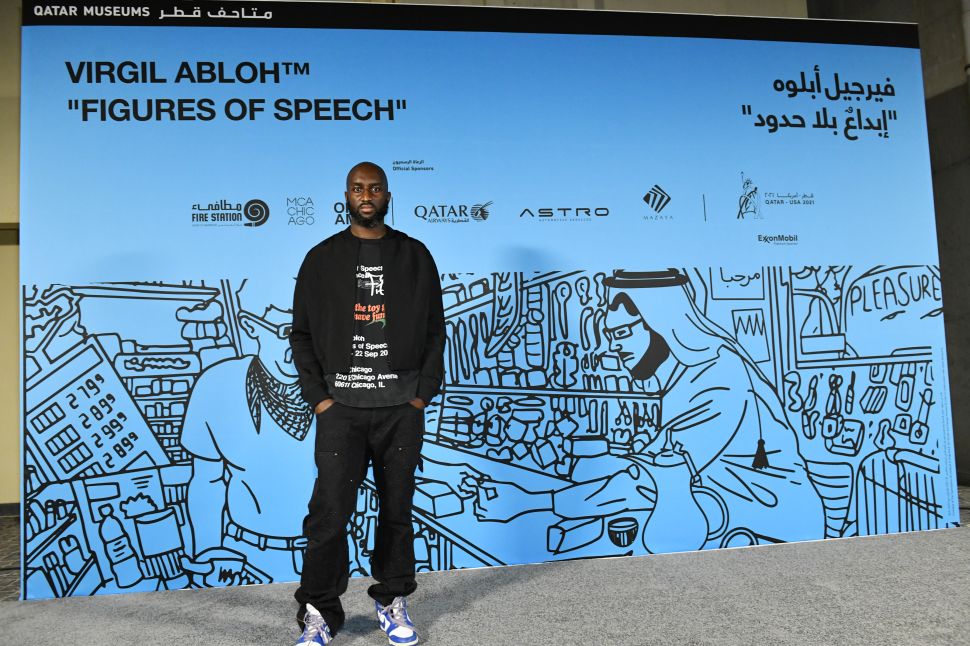