Some year-end lists highlight only the most obscure of titles in an attempt to dazzle readers with snobbish critical superiority. Others aim to stake out a self-serious claim as the definitive ranking for annual television, as if their words were etched in stone rather than floating around the internet. I have no interest in either. Instead, I just feel like writing about my favorite TV shows of 2021.

These selections, much like my recent ranking of my favorite Netflix originals, are solely based on my own opinions. The only criteria for this ranking is that I have to have seen every episode-to-date of a show for consideration. Which sadly left worthy contenders such as Maid, What We Do In The Shadows, Reservation Dogs on the sidelines. Even without a social life, I can’t watch everything.

The first small-screen entry in the Marvel Cinematic Universe overseen by studio head Kevin Feige managed to transform two peripheral characters into emotional instruments of thematic resonance. In a flood of memes, never-ending theories, and meticulous character work, Wanda (Elizabeth Olsen) and Vision (Paul Bettany) easily supplanted Steve (Chris Evans) and Peggy (Hayley Elizabeth Atwell) as the MCU’s most darling couple. Even as WandaVision eventually assumed the familiar form of a Marvel blockbuster, its experimental early going allowed the franchise to take a risk for the first time in what feels like forever. In the end, despite the prerequisite set-up for future stories that all Marvel installments must fulfill, WandaVision felt like a deeply personal, if fantastical, reminder of the lingering trauma that follows grief.

What can I say about Invincible that I haven’t already shouted from atop my digital soap box? Invincible was such an unexpected delight that I immediately devoured the entire comic book series in a matter of weeks upon finishing the first season. (At 15 years and 144 issues, that’s a lot of pages to pour through.) When you look beyond its gut-spewing gore and collection of colorful costumes, Invincible centers around a universal conflict in the relationship between a father and his son. Regardless of where we hail from among this ocean of stars, it is the bonds we form and the love we develop (however reluctantly) that defines who we are.

Loki manages to deploy its titular character’s narcissism in service of a greater ideal—namely a frenetic mad-dash to self-acceptance and the epiphany of selflessness. The show is flat out fun, with less emotional heavy lifting than WandaVision or The Falcon and The Winter Soldier (for better and worse) and a nose for mischievous high-jinx reverse-engineered to ignite Film Twitter. Bonus points for building an entire show that functions as a set-up for future stories without ever feeling like a soulless prologue. Marvel knows how to leverage audience familiarity and affinity better than any one.

The White Lotus became the unlikeliest of TV sensations this year. The deliberate slow-burn reveled in its own oddity, trading in any semblance of standard mainstream action and salaciousness for vague musings and off-beat humor. None of this screamed breakout hit! and yet word of mouth rightly built for this subtly seething series about the damaging cocoon of wealth. The naively idealist view that we’re all human beings in this crazy ride of life together is utterly dismantled as The White Lotus cements the realty that the wealthy occupy an entirely different plane of existence than the rest of us.

Squid Game, a hyper stylized take down of modern capitalism and the deadly desperation of economic inequality, became Netflix’s most-watched original series ever while generating nearly $900 million in value for the streamer (and becoming a hot Halloween commodity). Irony! Squid Game is the rare sensation deserving of the hype. The series matches its high-concept hook with immaculate production and set design for a unique visual experience. All the while, it peels back the layers of characters you think you know to reveal surprising depths of good, bad, and all that’s in between for every human being. Easily the most shocking out-of-nowhere success of the year.

The entire Roy family were at each other’s throats in Season 3, a group of detached, white privileged elitists only able to express their feelings through the transactional battlefield of business warfare. And damned if this modernized Greek tragedy, equipped with stock option rocket launchers and hand grenades hierarchies, isn’t one of the most hilariously entertaining shows on television. It was always going to be a Herculean task to top the highs of Season 2. While this year’s batch of episodes may not quite reach the same summit, there’s something undeniably delicious about watching a family trying to carve one another’s eyes out with their own silver spoons.

Only Murders in the Building (Hulu)

Only Murders in the Building understands a very specific, very flamboyantly entertaining slice of upper crust New York City life in a way pretenders such as HBO Max’s Gossip Girl reboot do not. Steve Martin, Martin Short and Selena Gomez meet at the intersection of pop culture’s obsession with true-crime murder mysteries and the rising popularity of invasive yet addictive podcasts to deliver the best new comedy of the year. A whodunnit that results in a We-Need-It, Only Murders uses its central crime to bring lonely and isolated people together in a wonderfully warm reminder of the value of platonic companionship. Sometimes, all we need is a buddy.

Amanda Peet can do it all. After years of entertaining on the screen, the actress shifts into creator mode with The Chair, which follows Dr. Ji-Yoon Kim (Sandra Oh) as she navigates her new role as the Chair of the English department at prestigious Pembroke University. The show is rom-com adjacent, with an interest in the messy elements of real romance—deceased spouses, workplace sparks, surrogate family—and a disdain for Hollywood happily-ever-after heroics. But it’s also a playfully scathing indictment of the systemic issues that plague our powerful institutions—in this case, academia. Never would I have thought a show about a slowly dying college English department would be so charming and entertaining. But here we are.

Doesn’t matter what role she’s playing or what show it’s a part of, anytime Jean Smart strolls into frame audiences are guaranteed a good time. Of course, it does help when the series surrounding the veteran actress can match her own wry wit, and HBO Max’s Hacks is up to the challenge. Hacks explores the dark mentorship that forms between Deborah Vance (Smart), a legendary Las Vegas comedian, and an entitled, outcast 25-year-old comedy writer (Hannah Einbinder). A relationship borne out of necessity soon evolves into something deeper, the significance of which may be lost on both until each is pushed to her breaking point.

As I’ve previously explored, Lupin is exactly what broadcast television should be striving for. A winning star-powered lead performance, exotic locales, elegant exaggeration and a creative approach to IP adaptation for contemporary audiences—it’s the blueprint the Big Four Networks should plaster on the walls of their war rooms. Star Omar Sy’s high-wattage million-dollar smile will disarm even the most skeptical viewer and Lupin‘s Sherlock Holmseian stylings make for a brisk and breezy bingeable snack.

Is there anything filmmaker Barry Jenkins cannot do? The Underground Railroad follows Cora (Thuso Mbedu), a runaway slave escaping a Georgia plantation, on a harrowing trip as she seeks true freedom while being hunted by a notorious slave catcher. The cinematic, challenging series will weigh heavily on your soul, but the ensemble cast and Jenkins’ distinct vision are a welcome reality check.

Just because it’s obvious doesn’t mean it isn’t true. Mare of Easttown is one of the most popular new series to air in 2021 and the hype was certainly justified. Kate Winslet reminds the world of why she’s a decorated, award-winning actress with a performance that is at once both subdued and kinetic. A murder mystery that had far more to say about those still living than the how and why of the deceased, Mare of Easttown extrapolated immense pathos from its otherwise simplistic set up. 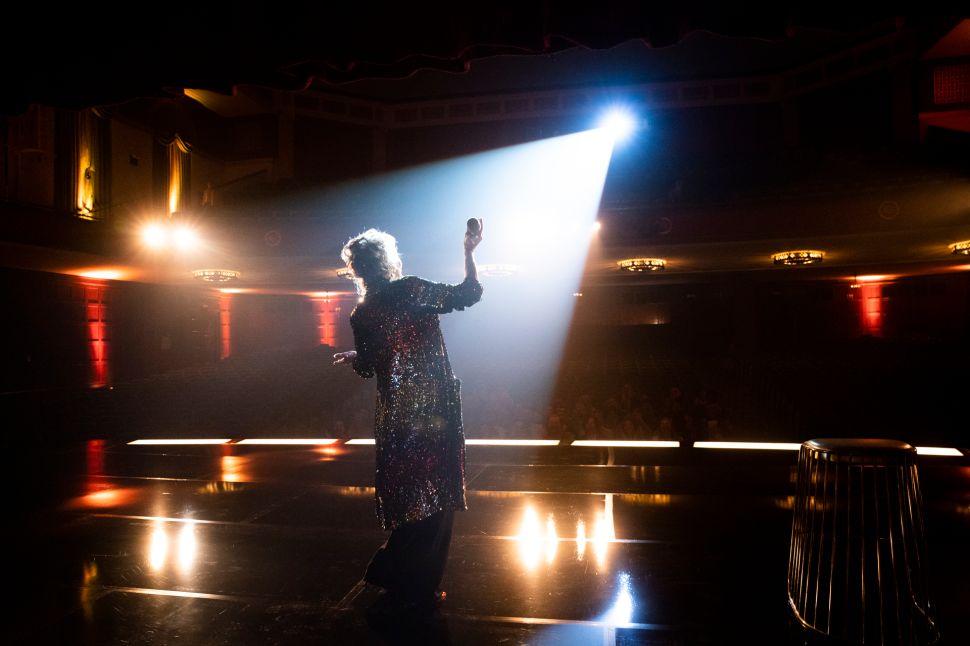