The President on Wednesday paid a visit to Detroit for the inauguration of General Motors’ Factory Zero, the centerpiece of GM’s electric vehicle production. During a lengthy speech on the factory floor, Biden dedicated a segment to praising GM CEO Mary Barra. “You electrified the entire automobile industry. I’m serious,” the President said. “You led—and it matters—in drastically improving the climate by reducing hundreds of millions of barrels of oil that will not be used when we’re all electric.”

Biden was referring to GM’s goal to fully electrify its vehicle line-up by 2035. Barra may be the person who launched the initiative, but GM is far from achieving that goal, let alone having electrified the entire industry. Meanwhile, the electric vehicle market in the U.S. today is dominated by Tesla, which was glaringly omitted in the President’s speech.

“Biden’s speech was written 20 years ago, just before GM killed the electric car. His speechwriter uploaded the wrong file,” Maye Musk, the mother of Tesla CEO Elon Musk, mocked in a tweet on Thursday in reaction to a Teslarati article headlined, “US President Biden pats GM CEO’s back: ‘You electrified the entire auto industry. You led.'”

“Sigh,” her son commented under the tweet and along with a video clip from a recent episode of the Australian conservative political talk show, The Bolt Report, which spoke unfavorably of the Biden administration.

It’s not the first time Biden deliberately left Tesla out of his EV agenda. In August, he didn’t invite any representatives from Tesla to a White House signing of an executive order urging the nation’s largest automakers to sell more electric vehicles in the coming decade. Executives from GM, Ford, and Chrysler parent Stellantis were all invited to the event.

Factory Zero is GM’s first electric vehicle plant. The auto giant plans to build several electric vehicles there, starting with an all-electric GMC Hummer. During Wednesday’s visit, President Biden tested drove an electric Hummer himself and seemed to have thoroughly enjoyed it.

“As a lot of folks know, I’m a car guy. I’ve gotten a chance to drive some pretty incredible vehicles over the years, but I never could have imagined ones like the electric vehicle I took for a spin today,” he tweeted through the POTUS Twitter account on Thursday, along with a photo of him smiling in a white electric Hummer.

As a lot of folks know, I’m a car guy. I’ve gotten a chance to drive some pretty incredible vehicles over the years, but I never could have imagined ones like the electric vehicle I took for a spin today.

The future is electric – and it will be made right here in America. pic.twitter.com/foX0ydM6mo 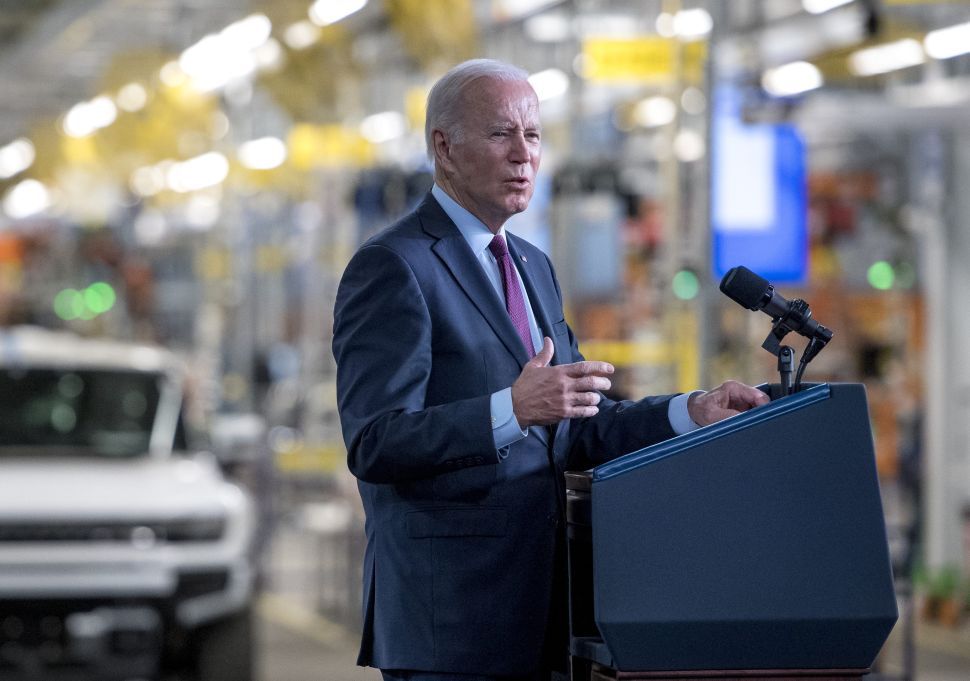