The omicron variant of COVID-19 spooked investors over the Thanksgiving weekend after the World Health Organization designated it as “a variant of concern.” The Dow Jones Industrial Average dived 900 points, or 2.5 percent, on Friday, marking its worst day since October 2020. Oil prices plummeted 10 percent.

As Monday’s CNN Business “Before the Bell” newsletter put it, “Wall Street despises uncertainty,” and right now “is an example of peak ambiguity.” Public health experts say they need several weeks to collect enough data in order to develop a good understanding of the new variant—meaning, for investors, there won’t be much clarity anytime soon.

Yet, hedge fund billionaire Bill Ackman thinks the omicron variant could actually be good news for the U.S. stock market—if data about the new variant doesn’t turn out to be worse than predicted.

“While it is too early to have definitive data, early reported data suggest that the Omicron virus causes ‘mild to moderate’ symptoms (less severity) and is more transmissible,” Ackman said in a tweet Sunday evening. “If this turns out to be true, this is bullish not bearish for markets.”

He later added that it would be bullish for the equity market but bearish for the bond market. Historically, returns on stocks and bonds were generally negatively correlated (at least until the pandemic hit.)

I should have said: bullish for the equity market, bearish for the bond market https://t.co/Kvk0t4uViA

Ackman is the founder and CEO of Pershing Square Capital Management. Over the course of the pandemic, he has earned the reputation of sort of a market prophet. At the beginning of the coronavirus outbreak in 2020, Ackman accurately predicted the timing of the stock market meltdown and pocketed a 10,000 percent return (more than $2.6 billion in net profit) by exiting his firm’s short positions just as the S&P 500 bottomed in early March 2020.

In July this year, when the delta variant began spreading rapidly in the U.S., Ackman said in a CNBC interview that it wouldn’t drastically affect economic reopening and people’s behavior—which turned out to be true. He also predicted rising interest rates as the economy bounces back.

In October, Ackman gave a presentation before the Federal Reserve Bank of New York, calling for the central bank to “taper immediately and begin raising rates as soon as possible” in order to rein in surging inflation.

“We are continuing to dance while the music is playing, and it is time to turn down the music and settle down,” he warned in a tweet on October 29.

The omicron variant, whose official name is B.1.1.529, was first detected in South Africa on November 24. The WHO declared it as a “variant of concern” two days later after infection cases were reported from multiple African countries as well as from Europe. 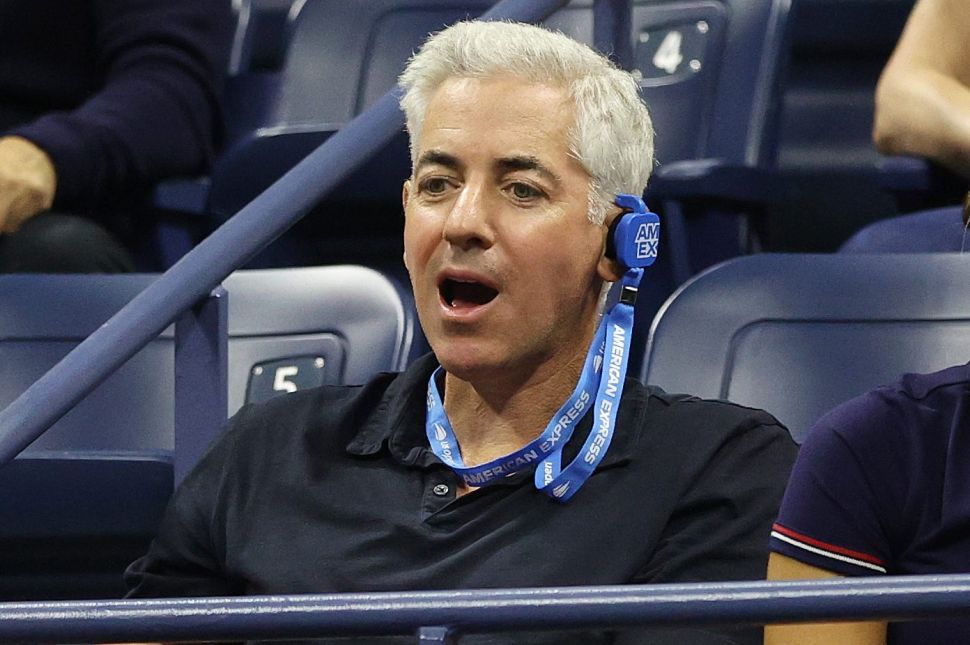