It was Saturday evening. The first really crisp one of the year. Despite the chill in the air, crowds have lined up outside the Hulu Theater at Madison Square Garden to see a headliner for The New York Comedy Festival. The line itself is seemingly populated with patrons from across the political spectrum. On one side, a woman in her mid-twenties is sporting a 2016 Bernie Sanders Christmas sweater; on the other, an older gentleman wearing an NRA hat.

Who could possibly drive these same two people to the same place on a Saturday night?

That would be Bill Maher.

The 65 year old long ago made his home in the domain of political humor. What separates Maher from his contemporaries in the space such as John Oliver (Last Week Tonight) and Jon Stewart (The Daily Show, The Problem with Jon Stewart ) is just how utterly abrasive Maher’s approach is in comparison. On Saturday night, Maher’s token grinding was in full force. He’s always been known for his political incorrectness, but in recent years his appeal, particularly amongst progressives, has all but disappeared.

What’s behind the changing appeal for the host of Real Time with Bill Maher? Did the ideology actually move or did he? Maybe it’s a little bit of both.

With a disturbingly overpriced drink in hand, I listened to Maher’s hour-plus long set. (He was visibly reading off a music stand). His jokes serve with the same robust caliber as they always have, yet a noticeable shift of content reveals a failure in the veteran to keep up with the times. Once a comedic champion of progressivism, Maher has pivoted to a right-leaning persona just self-aware enough to avoid being lumped in with the conspiracy theorists (he jokes that both Qanon and “Woke” culture are cults).

While the remark was in jest, his rebuke provides a false equivalency—QAnon has historically asserted that Democrats and other powerful voices are lizard people. Say what you want about “Woke” culture—which is essentially a right wing talking point aimed to demonize the role of accountability—but the politically correct hold no illusions about sentient lizards or cabals of blood suckers roaming Washington D.C.’s halls of power. Maher’s joke resonated with few as you could hear the forced, uncomfortable laughter grip the theatre.

Maher has hit a nerve when discussing this notion of “woke culture,” which all sides view very differently. The recent phenomenon has prompted assorted think-pieces in publications ranging from the New York Times to The Washington Post. FiveThirtyEight summed up why criticizing the term is such a token of the right. “…in culture and politics today, the most prominent uses of ‘woke’ are as a pejorative—Republicans attacking Democrats, more centrist Democrats attacking more liberal ones…”

Moderates feel, as Maher put it, like the unforgiving nature of “cancel culture” undermines important issues that Democrats try to push such as criminal justice reform, healthcare and climate change efforts. Resounding applause was reserved for his remarks about shifting societal expectations; he slammed the idea that one should not be held responsible for actions that were once considered socially acceptable and no longer are. This moment in his act resonated most with the audience of any of the night’s conflicting bits.

However, every joke that landed undermined what came across as a clear lack of self-awareness about where his own identity lined up. Somehow, Maher kept making frustratingly competing arguments.

He said that every generation was always considered more progressive than the last, but that this moment was different. But does that reflect the reality of the current? There has always existed a connection between progress and setbacks, over-corrections and missteps as societal attitudes progress and evolve. Maher is deluded about his own place within this conversation. In the night’s most tone deaf moment, he put gender identity in his crosshairs, ranting about the new emphasis on pronouns for the trans community. But what he intended to be sharp cultural criticism fell flat as the audience witnessed an old man who simply didn’t want to change his habits.

Maher still manages to raise important questions about the changing face of American politics in his comedy, keenly identifying who is vocal, who isn’t and why. His understanding of America’s worryingly deep division, culturally and politically, is his last vestige of relevancy.

While his approach is somewhat alienating in progressive political discourse right now, it’s not new. He has always been a fire-brand comic known for his political incorrectness. That was an identity that once aligned with Democrats and progressives. But in the era of Donald Trump, it has become more in line with the right wing. His HBO talk show, Real Time with Bill Maher, has undergone the same transition in recent years.

The question is, why? Is this directed by the design of his politically incorrect comedic propensities? Is it an indictment of the changing tone as he sees it? Within that evolution, comedians have long criticized the perceived comedic literacy of audiences. At the end of the day, comedy is an art form. Like all art forms—the intention is to make you feel something and sometimes that thing is uncomfortable. 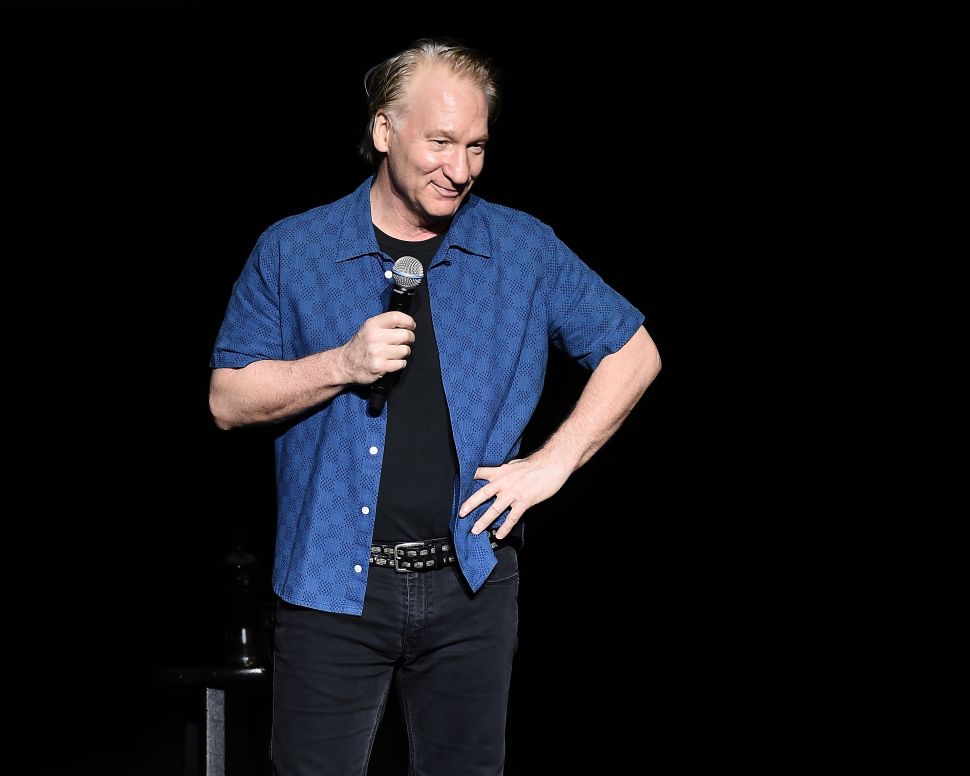