On Monday, Blue Origin rolled out a dummy version of New Glenn rocket’s first stage from its launch facility in Cape Canaveral, Florida. The simulator first stage is a 188-foot-long, 23-foot-wide shell without engines that would actually launch the rocket into space.

“As New Glenn makes progress towards first flight, testing with the GS1 simulator would enable the team to practice ground ops for New Glenn’s massive first stage, including the transport from the rocket manufacturing complex to LC-36 for integration,” Blue Origin posted in a tweet on Monday. “While not destined for flight, this hardware is giving our team invaluable data to inform future launch vehicle operations.”

While not destined for flight, this hardware is giving our team invaluable data to inform future launch vehicle operations.

Blue Origin originally planned to launch the first New Glenn mission in 2020. That timeline has been pushed back significantly due to a combination of technical and company culture reasons, as revealed in a recent whistleblower essay by the company’s former head of employee communications, Alexandra Abrams.

Blue Origin most recently said the earliest launch for New Glenn would be late 2022. The company is currently developing and testing key New Glenn components in different facilities. The rocket’s second stage is being developed separately in Cape Canaveral, according to an August report by Ars Technica. Its fairing is reportedly being tested at NASA’s Neil Armstrong Test Facility in Ohio.

The heart of the rocket, its BE-4 engine, is due for delivery to the United Launch Alliance before the end of this year.

Correction: A previous version of this article inaccurately stated that Blue Origin’s BE-4 engine will be used in a ULA Vulcan rocket. 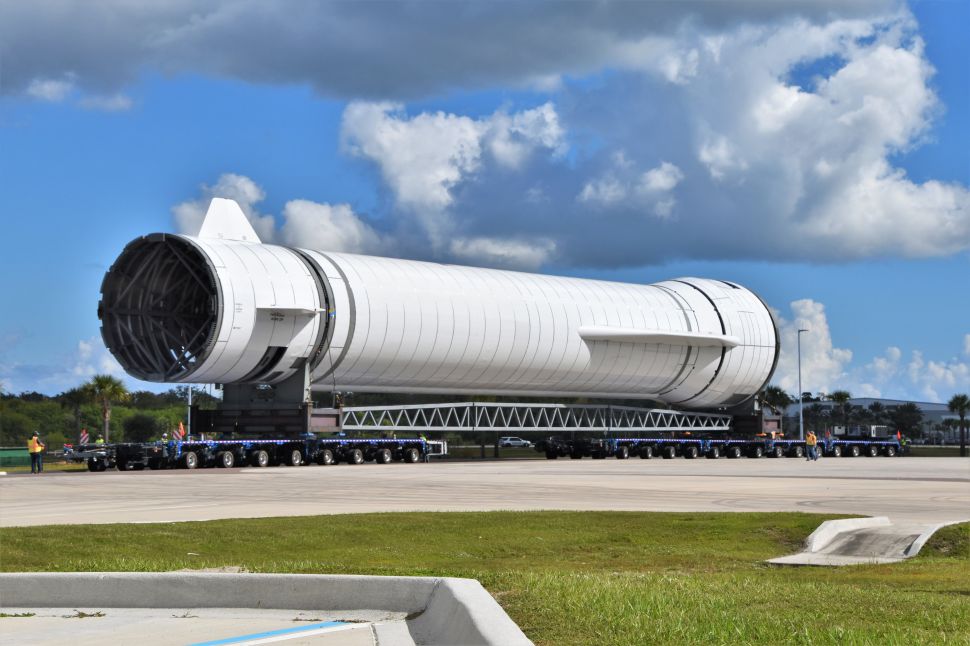