Low Earth orbit is about to get a lot more crowded in the next few years as a growing army of space companies look to deploy internet-beaming satellite constellations in that region of the sky to compete with SpaceX’s Starlink.

On Thursday alone, four companies filed applications with the Federal Communications Commission to deploy satellite constellations in the V-band frequency spectrum. The largest of the four proposals came from Astra Space (the company that made news headlines in August for its hilarious rocket launch incident, which plans to deploy a constellation of more than 13,600 satellites that would provide global broadband internet service. The proposed constellation will be about a quarter the size of SpaceX’ Starlink when completed.

Astra Space went public on NASDAQ in July. In its FCC application the company said “the financing secured through the recent public offering” made it “well-positioned to develop this project.” Like SpaceX, Astra plans to build satellites in-house and launch on the company’s own rockets, starting with at least two per payload. However, given that Astra’s rocket development is still at an early stage and that the size of payload is likely to increase more rapidly, the company is “willing and able to utilize third-party launch providers in part or in whole for constellation deployment,” says its FCC application.

Astra’s near-term goal is to reach orbit with its Rocket 3.3 vehicle. During the company’s last attempt, a test vehicle numbered LV0006 accidentally slid sideways seconds after liftoff due to an abnormal engine shutdown. The next launch opportunity will open on November 8 and run through November 14.

The other three companies that submitted similar FCC applications on Thursday were Hughes Network Systems, Inmarsat and Telesat. These proposals were all filed on the same day because Thursday was the FCC’s deadline for the latest processing round for V-band satellite systems.

On Wednesday, the FCC issued a license for Boeing to build its own satellite constellation, clearing the path for the aviation giant to compete with SpaceX in the megaconstellation frontier. Boeing’s initial plan is to place 147 satellites in low Earth orbit.

As part of the approval, the FCC also rejected a claim from SpaceX that Boeing’s constellation would cause interference with Starlink. “SpaceX provides no basis on this particular issue to warrant departure from the established framework already in place to address concerns regarding interference between NGSO [non-geostationary satellite orbit] systems, and to adopt a special condition on this grant,” the FCC said in its documentation.

Like Astra and other new applicants, Boeing plans to operate its satellites in the V-band frequency. Starlink currently operates in the Ka- and Ku-band frequencies, but is moving into V-band with its next batch of satellites and hence the disputes.

The FCC is used to this kind of space turf war in the emerging broadband constellation industry. SpaceX’s Starlink and Amazon’s Kuiper have filed multiple complaints to the agency protesting against each other’s satellite deployment plans.

In its document on Thursday, the regulator said all operators must “coordinate in good faith the use of commonly authorized frequencies.” 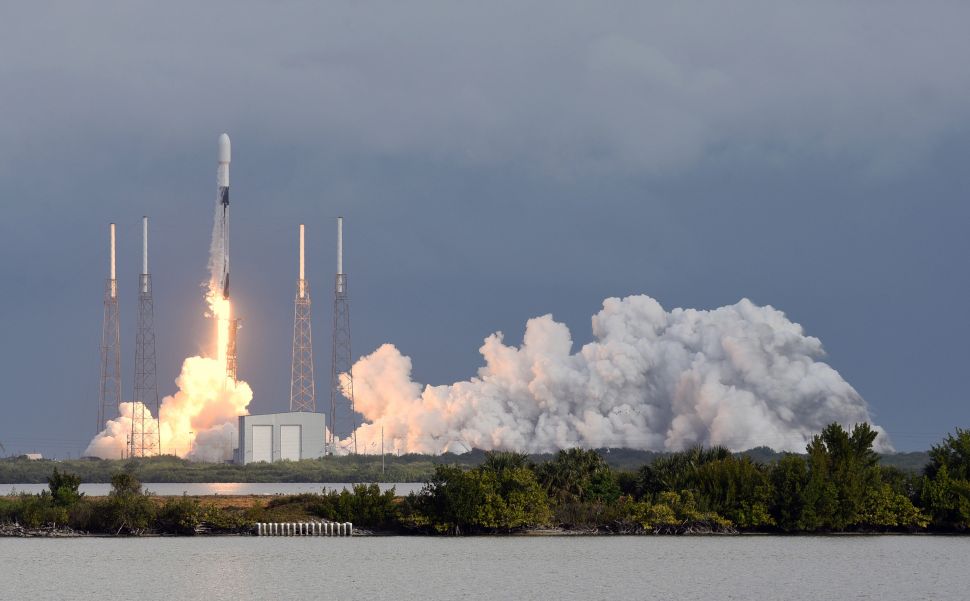