From recommending vaginal steaming as a way to balance your hormone levels to paying a settlement to the Orange County District Attorney’s office over yoni eggs that were touted as a way of strengthening womens’ pelvic floors, Gwyneth Paltrow’s wellness brand Goop has a history of making unsubstantiated claims and stirring up controversy. A $75 “This Smells Like My Vagina Candle”? As Paltrow once told a classroom of Harvard Business School students, she can “monetize those eyeballs,” and it doesn’t matter if the looks come from an army of haters.

But Paltrow has received a round of applause for her latest venture: The Netflix show Sex, Love & Goop, which features couples navigating their intimacy issues on camera. Since its debut in October, the show has received praise for its candid discussions of topics like the female orgasm and how our upbringings can inform our sexuality. Its success highlights the fact that now, more than ever, people are invested in—and willing to spend money on—sexual wellness.

The sexual wellness industry—which includes products like condoms, vibrators, and lubricants—has boomed during the pandemic. “The two most taboo subjects have been sex and death,” clinical sexologist Ariel K. Heyliger St. Fleur said. “And what we have gone through with COVID has put both of them right there, front of the conversation, front of life from lived experiences out of COVID.”

With more time at home, people have poured more into everything from exercising more to seeking help for intimacy issues. By 2026, the sexual wellness industry is expected to reach $45.05 billion, with a compound annual growth rate of 7.83%. The industry was estimated at $30 billion in 2020. While consumer goods, in general, have seen massive success as a result of the coronavirus pandemic, there has also been increased investor interest in sexual wellness brands, particularly those targeted towards women.

Goop itself has received around $75 million in funding since 2015, according to Crunchbase, from investors Greycroft, New Enterprise Associates, Lightspeed Venture Partners, Felix Capital, Able Partners, Slow Ventures, and Amanda Eilian. Goop’s last funding round was in 2019. Maude — a wellness site that sells vibrators, bath, and body products — raised $5.8 million in a June 2021 funding round from investors including WME, True Beauty Ventures, True., and Fable Investments.

“There is clearly a market here if private equity and venture capital is funding some of these seed-stage companies,” she said, explaining that there is a “growth opportunity” in the industry.

Goop declined to provide specific numbers, but the company reports an increased interest in its products since the launch of its Netflix show: “While we are seeing majority of growth in vibrators, we are also seeing incredible appetite for other complimentary products (supplements, lubricants, bath soaks, massage oils, etc),” a company spokesperson told The Observer.

Ian Kerner — a psychotherapist and sexuality counselor who has worked with Goop, speaking pro-bono at its events — reports we are “living through a renaissance right now in the creation of sex toys, media that’s sexuality oriented.” The way that people talk about and frame sex toys and sexual wellness is also changing to become less stigmatized for consumers who might otherwise be turned off, according to Lisa Finn, brand manager for Babeland, a sex toy and wellness business founded in 1993.

“The way that we frame sex toys has definitely shifted,” she said. “We’re marketing these things as wellness products, as pleasure products, not only because we live in a world where social media is king and there are a lot of things that we can’t say or promote on social media so framing things as wellness products definitely like gives the ability to sort of skew that line.”

There’s also the idea, Finn said, that we are trying to “wipe any of the muck” on the label sex toys, which she takes some issue with. “We can’t have this reframing happen completely, because even though sex toys don’t have to be dirty, they absolutely can be,” she said. Finn prefers the term “pleasure products.”

Polly Rodriguez, the CEO and co-founder of Unbound, a sexual wellness brand targeted towards women and non-binary people, started the company to serve as a middle ground in the market. Rodriguez, who got cancer at 21 and went through early menopause as a result of radiation treatment, found in her personal experience that sexual wellness brands were either hypersexualized or focused on motherhood. Price accessibility is one of Rogriguez’s priorities, and Unbound aims to keep their products at $65  and under while providing the highest quality to their customers.

“I think that their target consumer is very different from our target consumer,” Rodriguez said of Goop. “We survey our audience every year and we’re really lucky that we have a community that shares really intimate information about their lives with us. But on average our customer base is making between 45 to 50,000 dollars a year.”

Some of Unbound’s products were previously available on Goop’s website, but the partnership ended not due to any “active decision,” Rodriguez explained. Goop was not one of their larger wholesale accounts and they operated on commission which resulted in delayed payments to Unbound.

“It’s probably the professional woman that’s in a particular SES [socioeconomic status], she is exploring but she’s also confident and she exercises her own power and she probably has more disposable income than the average American,” Heyliger St. Fleur said when asked to describe Goop’s target audience, noting that she is not an expert on their marketing strategy.

Lexx Brown-James, a sex therapist and educator who goes by Dr. Lexx, explained that access to quality sex toys is not always financially sustainable, and cheap sex toys sometimes have pores that allow bodily fluids to get in and cause infection.

“So there does need to be some level of standard of material being used and I do think that that does bring some cost,” she said.

According to Lisa Finn, Babeland’s brand manager, a reasonable price for someone’s first sex toy depends on the material but is generally between $60 and $80.

“If you want the highest quality toy that you can get and that means not only body-safe but also something that’s gonna be long lasting, something that’s gonna have features like being waterproof and having more settings especially, you know if it’s your first toy you probably want more settings as you discover what’s gonna be better for you,” she said. “With that, I would say a good range of price for someone that is looking for their first sex toy and they want something a little bit higher-end, I would say probably within like the $60 to $80.”

If a brand like Goop or even paying for help with sexual wellness, in general, is out of the question for you, Heyliger St. Fleur emphasized that “Google is your friend,” pointing to resources like Psychology Today, AASECT, and the American Board for Sexology, which she is a certified member of.

While it is encouraging that people are more interested in improving their sexual well-being, Dr. Lexx also emphasized that people should be intentional about who and what they use as resources.

“It’s important to mention vetting the people you are going to trust with your sexual healing especially for people that are marginalized,” she said.

Increased interest in sexual wellness brought on by the pandemic has created more competition in the field, but Finn said it is something that is encouraging to leaders in the industry. 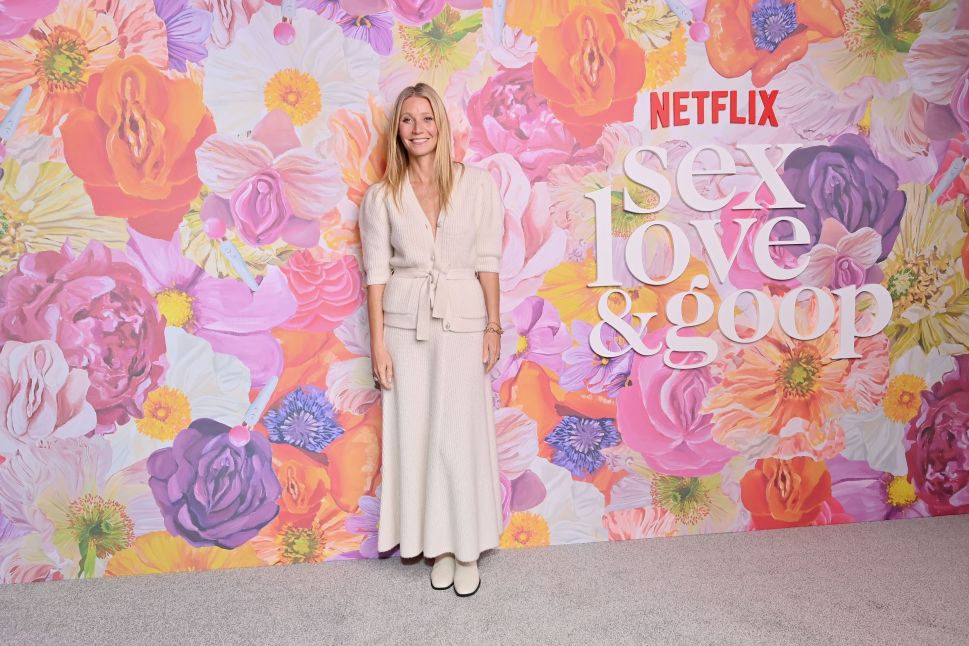