Influential fashion designer and entrepreneur Virgil Abloh has died at the age of 41 after a private two-year battle with cancer according to statements made through his personal social media and the official channels of LVHM, the parent company of Louis Vuitton where Abloh has served as artistic director of menswear since 2018.

“For over two years, Virgil valiantly battled a rare, aggressive form of cancer, cardiac angiosarcoma,” reads a statement on his personal Instagram. “He chose to endure his battle privately since his diagnosis in 2019, undergoing numerous challenging treatments, all while helming several significant institutions that span fashion, art, and culture.”

“We are all shocked after this terrible news. Virgil was not only a genius designer, a visionary, he was also a man with a beautiful soul and great wisdom. The LVMH family joins me in this moment of great sorrow, and we are all thinking of his loved ones after the passing of their husband, their father, their brother or their friend,” said Bernard Arnault, chairman and chief executive of LVMH, in a statement posted to the company’s official Instagram account.

In addition to serving as the CEO of his own brand, OFF-WHITE, a recent promotion within LVMH saw him working across dozens of LVHM brands, making him the most powerful Black executive in the most powerful luxury group in the world, according to the New York Times.

Immediately after the announcement, celebrities, friends, brands and colleagues expressed their remorse and condolences on social media.

RIP Virgil Abloh , you will be missed.
It was an honor to work with you. A true creative genius.

I’m so so saddened and devastated to hear about the passing of our dear friend Virgil Abloh. I’m sending all of my love and prayers to his beautiful family. You are an angel @virgilabloh and we love you… 💔🙏💔🙏❤️ pic.twitter.com/AWReH9gqFW

Albums Virgil Abloh has either designed or served as Creative Director for. 🙏🏽 pic.twitter.com/UXpjFdUGZb

A VIGIL TO VIRGIL ✝️ A BEAUTIFUL WARRIOR THANKING YOU FOR CONTRIBUTING TO THE FIGHT
HOLDING THE LIGHT 🙏🏾 . YOUR ENERGY IS INFINITE KISS GOD FOR ME, SAY HI TO THE MOST HIGH.

YOU WERE A WARRIOR IN A GARDEN, NOT A GARDENER IN A WAR. A POEM OF GOD

SEE YOU AGAIN SOME TIME. pic.twitter.com/bFxiH5QbLn

Abloh is survived by his wife Shannon Abloh, his children Lowe Abloh and Grey Abloh, his sister Edwina Abloh, his parents Nee and Eunice Abloh, and numerous dear friends and colleagues, according to the statement from his family. 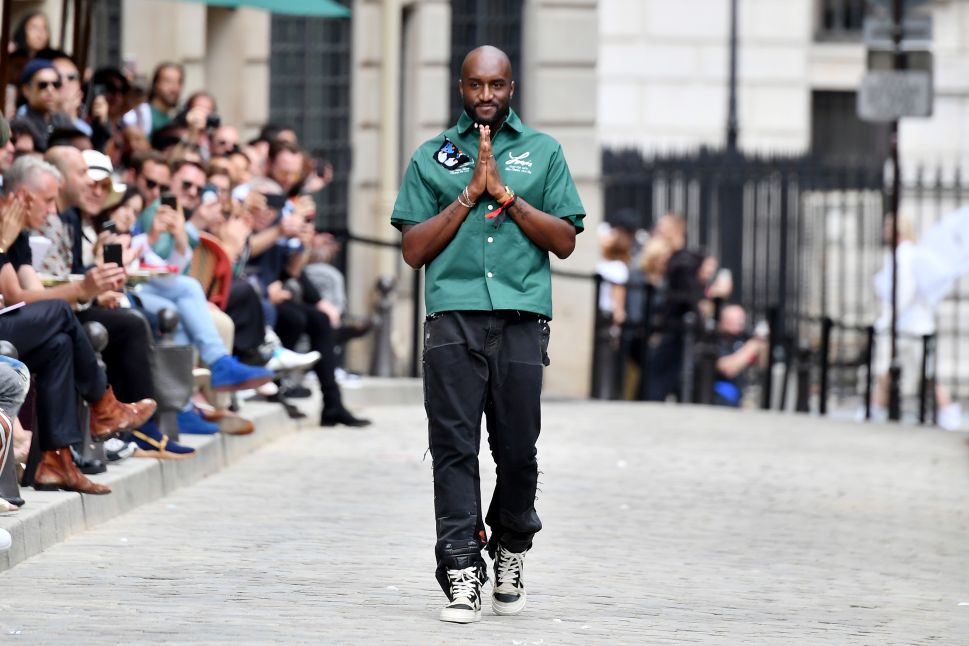