How do you build a city in the shape of something that’s inherently shapeless? The government of El Salvador is doing exactly that. The Central American country plans to build a “Bitcoin City” in the shape of a Bitcoin symbol at the base of an oceanside volcano, President Nayib Bukele announced during the Latin American Bitcoin and Blockchain Conference in San Salvador on Saturday.

The new city will be funded entirely by Bitcoin bonds, Bukele said, adding that construction will begin 60 days after financing is ready, which is expected sometime in 2022. The first 10-year issue, known as the “volcano bond,” would be worth $1 billion, carrying a coupon rate of 6.5 percent, said Samson Mow, chief strategy officer of blockchain technology provider Blockstream, at the same event alongside Bukele.

The El Salvadoran government has selected a site near the Conchagua volcano, located in the country’s southeastern region of La Unión, to take advantage of its geothermal energy, which should be enough to power the city and its Bitcoin mining industry. The government is already running a pilot Bitcoin mining operation at another geothermal power plant beside the Tecapa volcano.

Bukele envisions the “Bitcoin City” to be perfectly clean, with zero carbon dioxide emissions. There will also be no property, municipal or income taxes. The city will only collect value-added tax to pay for infrastructure, maintenance, and interests on the municipal bonds.

“Invest here and make all the money you want,” Bukele, 40, told a crowd of cryptocurrency enthusiasts from a stage on Saturday.

Likening his vision to cities founded by Alexander the Great, Bukele said “Bitcoin City” would be a circular shape with a commercial plaza at the center designed to look like a Bitcoin symbol from the air.

“If you want Bitcoin to spread over the world, we should build some Alexandrias,” Bukele said.

Bitcoin is a virtual currency and does not come in any physical shape. But its creator, known as Satoshi Nakamoto, drafted the Bitcoin logo in 2008 that has been widely used by the press and advertisers to represent the cryptocurrency.

Bukele is a controversial political figure in the eyes of the U.S. government as he moved to consolidate power in recent years. Earlier this year, El Salvador voters gave Bukele’s party control of the congress. His party then quickly took over other branches of the government by replacing the members of the constitutional chamber of the Supreme Court and the attorney general.

In response, the U.S. Agency for International Development in May pulled funding from certain sectors of El Salvador’s government and said it would redirect aids to civil society organizations.

In September, Bukele proclaimed himself as El Salvador’s “dictator” on Twitter in an apparent joke. 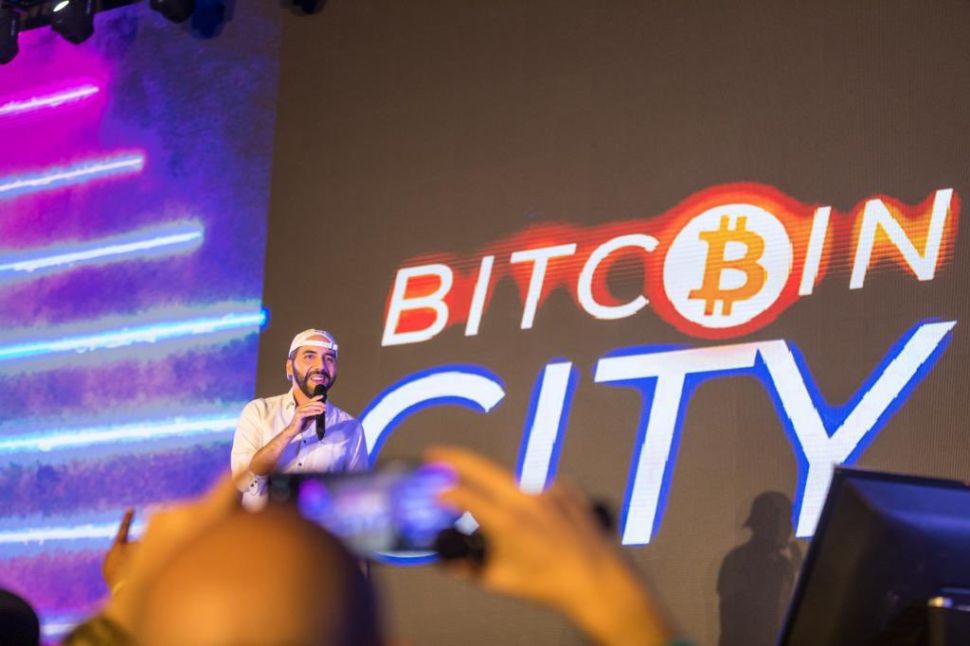