Classic literature has always been ripe for reimagining. Clueless, 10 Things I Hate About You, Bridget Jones’ Diary are a few that immediately come to mind. Similarly, creatives of marginalized identities have always found ways to rework stories that are not representative of their experiences. A recent spate of books melding the classics with chronic pain and illness are no exception.

The hotly anticipated third novel from Mona Awad, All’s Well, dropped in August and is about a theatre director who is consumed by both the William Shakespeare “problem play” All’s Well That Ends Well and her own chronic pain.

Miranda Fitch is a once-lauded theatre director who, after an accident, experiences chronic pain in her hip inspired by Awad’s own injury, which severely inhibits her career and personal life. “I thought it was your back,” one character ponders. “It is. It’s both,” Miranda replies tiresomely, a common refrain for many chronic pain sufferers, so much so that I was screenshotting pages of my NetGalley copy to send to my chronically ill friends.

By the events of the book, Miranda cannot find work other than directing a high school production. Miranda wants the students to perform All’s Well That Ends Well, but they want to put on one of the better known tragedies, the play that shall not be named, Macbeth.

Both plays have parallels with Miranda’s predicament. All’s Well That Ends Well centers on unreliable and unsympathetic protagonist Helen, the daughter of a deceased doctor who cuts a deal with a sick king to heal him in exchange for the hand in marriage of one of the king’s attendants. Miranda engages in a similar trade with three mysterious figures in the book, and her colleagues, students and doctors begin questioning the sudden onset of chronic pain experienced by the star of the play and chief agitator for Macbeth, Briana. Meanwhile, Miranda feels the best she has in years.

Like Macbeth, Briana’s pain and the responses from others to it triggers paranoia that Miranda somehow caused it. Out damned spot, it’s as if Miranda and Briana are saying of the knots of pain that spring up across their bodies as vividly written by Awad. A connection can be made, too, between the taboo of saying the title of “the Scottish play” within the walls of the theatre and our reluctance to talk about chronic pain.

For her part, Miranda keeps making more people who dismissed her pain experience it for themselves. And, just like All’s Well That Ends Well is known as a problem play, Miranda—and, by extension, people who experience chronic pain or, rather, the pain itself—becomes a problem that the people around her cannot solve.

There’s a similar through line in Alix E. Harrow’s A Spindle Splintered, earlier this month, which is a young adult take on the Sleeping Beauty fable.

Zinnia Gray’s twenty-first birthday is fast approaching. It’s imbued with extra meaning because Zinnia has a fictional condition called Generalized Roseville Malady with a life expectancy of twenty-one. Her parents and best friend are well-meaning if overprotective, anxious to spend what is likely Zinnia’s last birthday together. Instead she’s transported into the fairytale world of a cosseted princess who wants to escape the confines of her impending arranged marriage to a prince and express her true sexuality.

A Spindle Splintered is a multifaceted reclamation of Sleeping Beauty, allowing queer and disabled readers and readers who’ve survived sexual assault to see themselves in a previously “fragile and consumptive” myth that takes agency away from them.

“The horror of the cursed sleep is the loss of bodily autonomy, the vulnerability of being at the mercy of an unkind world,” Harrow tells Observer, “So it seemed like, if I actually wanted to break this story, I didn’t just need a princess with agency—I needed a chronically ill princess with agency.”

While Harrow doesn’t have a chronic illness herself, her research included speaking with friends and family members who do, as well as advanced readers who specialize in disability representation, specifically in sci-fi and fantasy. “I revised Zinnia’s arc considerably based on their feedback.” she says.

Perhaps the most radical reimagining of chronic conditions occurs in Bethany C. Morrow’s contribution to Macmillan’s Remixed Classics series, So Many Beginnings: A Little Women Remix. The purpose of the YA series is for authors from diverse backgrounds to take on literary classics from centuries past—both in terms of the content and what we consider to be “classic American tales” to begin with.

Morrow certainly does this, two-fold, first in reinterpreting the March family as an emancipated Black family living on the Freedpeople’s Colony of Roanoke Island. Then, instead of having the second-youngest sister, Beth (here called Bethlehem), succumb to scarlet fever as in the original book by Louisa May Alcott and in the copious film and television remakes, she lives!

“Beth’s illness is about a very particular form of violence and erasure and gaslighting that Black women especially—though certainly not exclusively—deal with to this day,” Morrow tells Observer, “Beth’s undiagnosed sickle trait disorder is one I share and not only did it give me an opportunity to show a character with a chronic illness who continues to thrive and have a story outside being a moral lesson for able-bodied characters, but it also gave me an opportunity to demonstrate that the past is present. The medical racism she faces is still taking lives today in this country.”

Not only does So Many Beginnings offer an alternative to death for a young Black woman in a country that, as Morrow points out, still routinely dismisses their pain and health concerns, but A Spindle Splintered calls to mind the crisis in Flint, Michigan. While Zinnia’s race is not specified in the book, the industrial and environmental events that caused her illness are eerily reminiscent of the lead poisoning of Flint’s supply beginning in 2014 that primarily affects the city’s Black residents.

Each of these writers illuminate their source material through their own experiences with chronic pain and illness. Importantly, the YA genre of So Many Beginnings and A Spindle Splintered shows young readers that they’re not alone, while All’s Well’s high school setting could be seen to be serving a similar purpose. These characters and stories allow a whole new audience to see themselves in these classic stories that have otherwise pushed them to the margins or completely erased them. 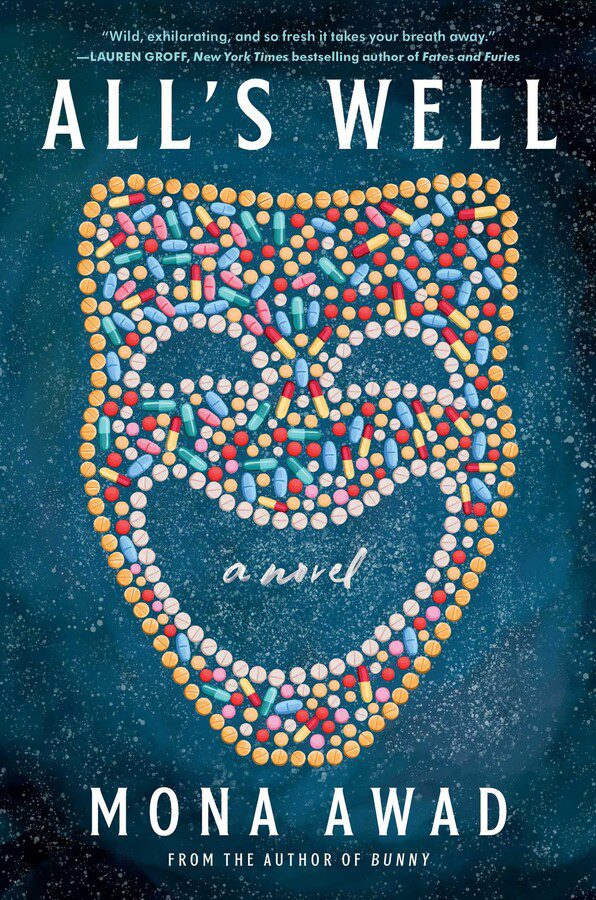