What The Gap Band did on Seventies and Eighties dance-floor jams like “Oops Upside Your Head” and “Burn Rubber” was not so different from what Bruno Mars and Mark Ronson would do thirty years later: synthesize, intensify, and smooth out the funk that came before them. In doing so, they helped engineer and codify an Eighties sound that was at once robotic and deeply human. In 1982, “You Dropped a Bomb On Me” was a worthy rival to Prince’s “1999” as a vision of apocalyptic sex, with a groove just as deep and a construction all the more effective for its streamlined, chanted simplicity.

Ronnie Wilson, who passed away on November 2 from a stroke at the age of 73, was the oldest of the three brothers in The Gap Band. After forming separate groups in Tulsa, Oklahoma with their friends, the teenaged Wilson brothers—Ronnie, Charlie, and Robert—came together in 1967 once they’d finished high school. They  named themselves The Greenwood, Archer, and Pine Street Band. The Greenwood neighborhood had been Black Wall Street, the site of the 1921 Tulsa Race Massacre, and the Wilsons named their band in an act of tribute.

When the trio started making records in 1974, the Tulsa massacre was not something anybody in the record business (or any business) wanted to talk about. Greenwood, Archer, and Pine was shortened to GAP. The Wilsons moved to Los Angeles and played on Leon Russell’s Stop All That Jazz.

Their 1974 debut, Magicians Holiday, was a synthesis of Sly & The Family Stone (a lot), Stevie Wonder (a little), and Tower of Power (a bit more). Charlie sang and wrote most of the material with bassist Robert, but brother Ronnie started introducing bigger horn charts and keyboard lines. A 1977 self-titled album created less fuss than the debut, but a second self-titled album in 1979—their first with producer Lonnie Simmons—set things moving again.

That album, now called Gap Band I, tightened up the funk in the way of bands like Cameo and Collage, more streamlined than the psychedelic soul of Sly Stone or the sweaty downbeat of James Brown. From the first track, “Shake,” you can hear something coming together. Ronnie Wilson’s horn parts are wild and active, Charlie Wilson’s vocals are simultaneously hard and smooth while Robert’s bass lines are just heavier. The mood was bright, cosmopolitan, fun and the band was trying slow jams, disco, pop—anything they could pull off.

The Gap Band as we know it took shape on their second album from 1979, The Gap Band II. “Oops Upside Your Head” shows the template: the drums are simple, elastic, big, with all the action in the bass, vocals, and horns. “Oops” references the music of George Clinton’s Parliament-Funkadelic (most obviously when Charlie borrows a line from “Dr. Funkenstein,” “The bigger the headache, the bigger the pill!”), but it transforms the P-Funk cosmic sprawl into something more utilitarian. The Gap Band were making a funk that floats, giving each part enough room to go away and come back. The lyrics for “Oops” are pure doggerel, about dancing (sort of), as light as the horns are precise. The song was one of the inspirations for Mark Ronson’s “Uptown Funk” in 2014, and the Wilson brothers eventually were awarded co-writer credits on the Ronson song.

The Gap Band connoisseur will go for the next two albums, 3 (1980) and IV (1982). “Oops”’ was fun, but “Burn Rubber” concentrates their groove, speeds it up a few clicks, and gives Charlie the room to bring some church back into his singing. The bass moves to the synthesizer and The Gap Band sound is now perfect. Richer than Cameo and slicker than Parliament, The Gap Band had something. When Teddy Riley brought in New Jack Swing, it was at least half The Gap Band. The Wilsons more or less rewrote “Burn Rubber” as “You Dropped A Bomb On Me” in 1982, another hit, and then found a space in “Outstanding” that none of their songs ever found again.

“Outstanding” may be the reason that Charlie Wilson got so many gigs with g-funk artists like Snoop Dogg in the 21st century. It’s impossibly confident and slinky, too heavy to be a ballad but too soft to be funk, exactly. Hard doo wop? Tough soul? They even begin to sound exalted, less goofy. The horn arrangement here is soft and less perceptible than the background singers, buttressing Robert’s bassline and Charlie’s vocal. It’s one of the deepest pockets of the Eighties.

Charlie pursued this line in both secular and gospel tracks after The Gap Band broke up in 2010, following Robert’s death. Ronnie’s loss means The Gap Band is genuinely gone, and nobody even sort of has the chops to fill their space. The mellow bands don’t have the snap and the folks who can sing aren’t as laid back as the Wilsons. But what is resonating on TikTok right now, whether we’re talking about Patrice Rushen’s “Forget Me Nots” or Luther Vandross’ “Never Too Much,” is precisely the kind of intense, down the middle funk without aggression that The Gap Band invented. They were a vibe.

Sasha Frere-Jones is a musician and writer from New York. He writes a newsletter. 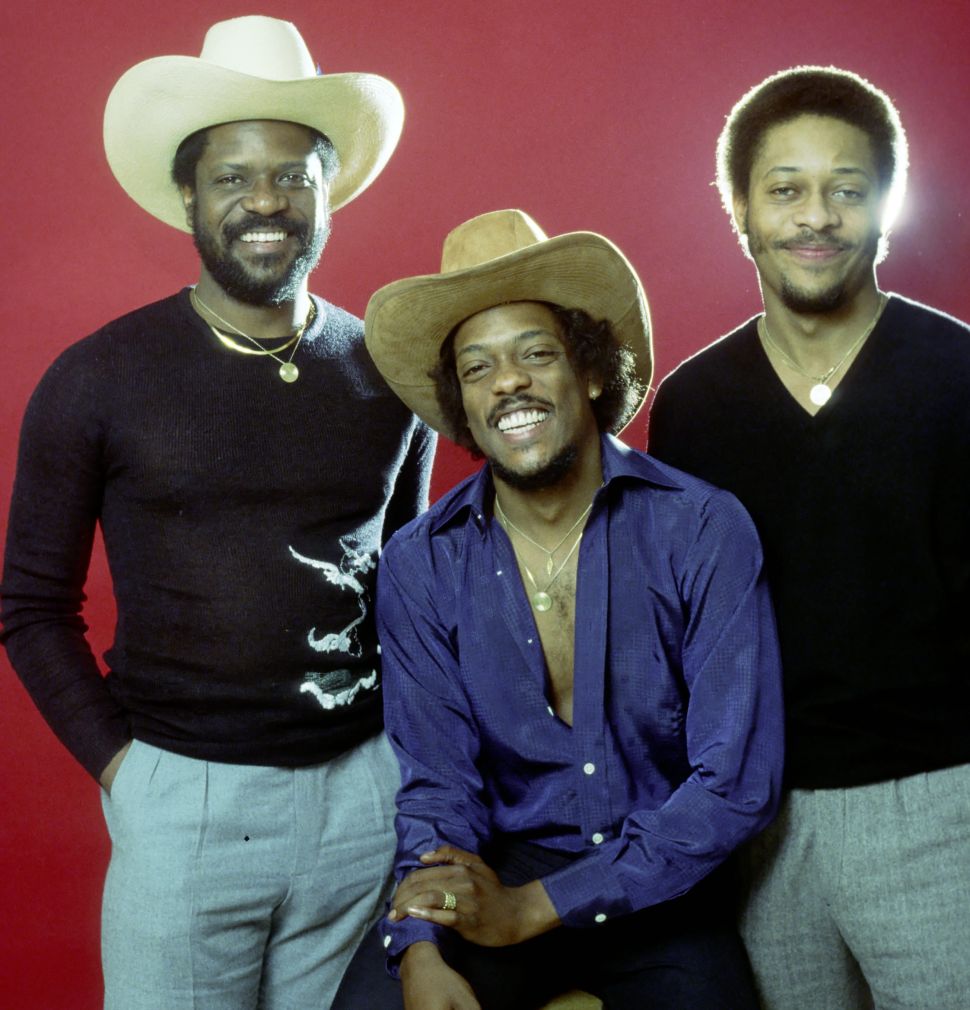