After nearly 15 years of ownership, Hilary Swank is ready to part with her Pacific Palisades mansion. The Oscar-winner has listed the hacienda-style estate for $10.5 million, which would net her a serious profit from the $5.8 million she paid for the home back in 2007.

Swank is selling the renovated six-bedroom, 6.5-bathroom residence because she and her husband, Philip Schneider, moved to their Colorado ranch during the coronavirus pandemic lockdown last year, and have decided they’re relocating to the sprawling estate full-time. Swank told the Wall Street Journal that the Colorado home offers far more room for the couple and their many rescue animals, including five dogs, two parrots and a horse, and that she wants to adopt even more rescues.

The open kitchen is equipped with a center island, white cabinetry and terracotta floors, as well as a walk-in pantry and a dining area with a long wooden table. There’s also a separate breakfast room with a built-in banquette and ocean vistas, which leads to a covered al fresco dining space.

The step-down living room is outfitted with built-in bookshelves, a fireplace and French doors that open up to a terrace. There’s also a step-down family room, with wood-beamed ceilings, another fireplace and more built-in shelving.

The primary suite contains a sitting room with a fireplace, a walk-in closet, a balcony and a bathroom with a soaking tub.

The lower level of the home is comprised of a guest suite, a gym and a living room with a wet bar and movie theater-inspired concession stand, which Swank added shortly after purchasing the house. There’s also a 16-seat home cinema, a wine cellar and a cigar lounge.

Outside, there’s a pool and spa, a fire pit and a heated cabana. There’s also an outdoor kitchen with a built-in barbecue, as well as a detached guest bungalow.

This isn’t the first time Swank has listed the Pacific Palisades home for sale; she previously put the house on the market for $9.5 million in 2012 and in 2013, when she was living in France. She told the WSJ that she decided not to offload the house after changing her mind about moving to Paris, where she owns an apartment, full-time.

Aside from the Colorado estate, Swank continues to maintain an apartment in the West Village neighborhood of New York, which she purchased for $3.64 million in 2009 has used primarily as a rental property. 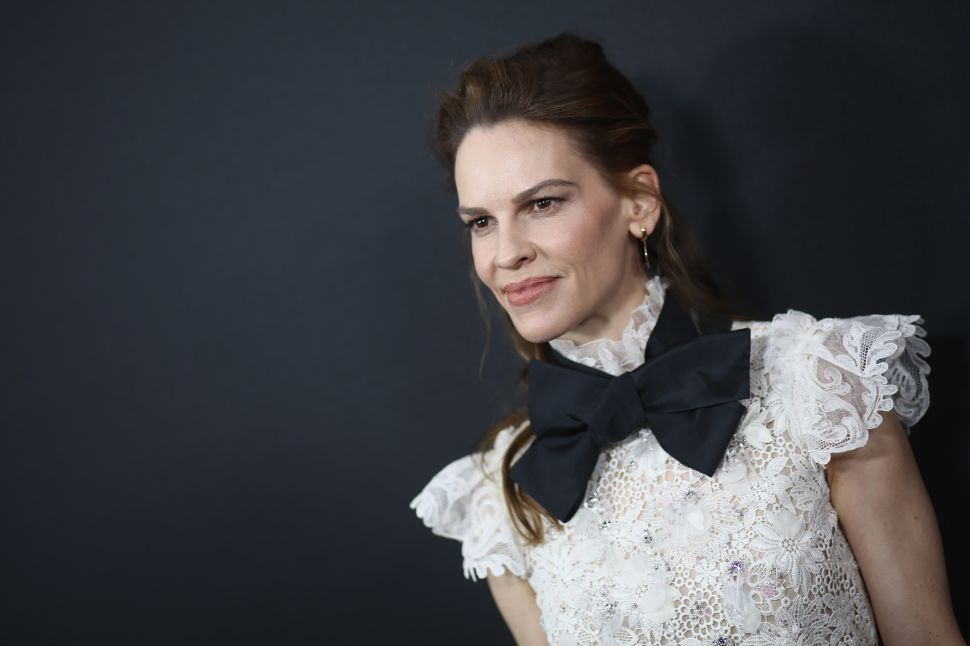