On Friday, Hong Kong’s long-in-development M+ museum opened to the general public, casting a spotlight on the controversies and setbacks that have plagued the institution for years. In the period between the museum’s conception and its completion, a series of protest-prompting regulations issued by Beijing have cast enormous doubt on whether Hong Kong will retain its statues as a globalized site of free expression. In March, M+ was accused of violating national security law, and the museum subsequently opted not to display Study of Perspective: Tiananmen Square (1997), an Ai Weiwei photo that shows the artist flipping the bird in front of the square.

Regardless, the spectacularly sophisticated, Herzog & de Meuron-designed M+ building contains an 8,000-work collection and is almost twice as big as the Tate Modern. “We are part of the first wave of international, transregional and even global institutions that are now arriving in Asia,” M+ deputy director Doryun Chong said on Friday. “Building a museum of this scale, where nothing comparable exists — and we’re not just talking about Hong Kong, we’re talking about greater China and maybe even the rest of Asia — means that it’s necessary to gather diverse work experiences and expertise to produce something that is best for us, that will set the standard of our region and perhaps for the rest of the world.”

There is certainly clamoring interest in M+, despite the controversies and setbacks surrounding its opening. According to the New York Times, 76,000 people reserved tickets before the museum’s opening day; the introduction of a new art institution in such a charged political climate has drawn cultural coverage from all over the world. With international eyes watching, what happens next will continue to be followed closely.

“The Chinese people can now or eventually can see their art, which they’re not so familiar with yet,” collector Uli Sigg told CNN. “Maybe today we cannot show everything, but one day I am sure that whole collection can be shown. It’s for the long haul, in my view.” 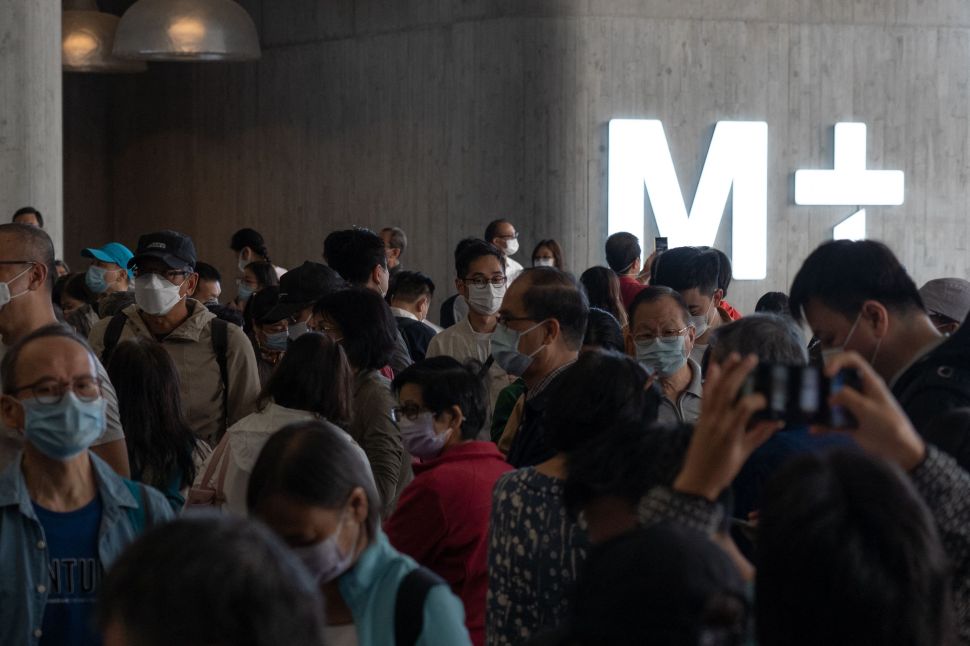