“From start to finish, from preparation to ratification, this has been a democratic process to win the very best contracts,” IATSE International President Matthew Loeb said in a statement. “The vigorous debate, high turnout, and close election, indicates we have an unprecedented movement-building opportunity to educate members on our collective bargaining process and drive more participation in our union long-term.”

In May, the two sides launched into what would quickly become a drawn out and contentious negotiating period that nearly resulted in a strike. After talks broke down in September, more than 98 percent of member votes cast in October authorized a strike. The vote brought AMPTP back to the bargaining table and a strike was avoided.

Seventy-two percent of the 63,209 members eligible to vote cast ballots. Bargaining teams for all 36 local unions involved had endorsed passage and both agreements passed.

“Our goal was to achieve fair contracts that work for IATSE members in television and film—that address quality-of-life issues and conditions on the job like rest and meal breaks,” said Loeb.  “We met our objectives for this round of bargaining and built a strong foundation for future agreements.”

Both three-year contracts contain provisions that guarantee allotted rest at the end of the workday and on the weekend for those employed on film and television productions along with meal breaks during the workday and stiff financial penalties if the break periods are violated.

In addition to wage increases, the new agreements lift those at the bottom of the pay scale a “living wage.” New provisions also will improve wages and working conditions for IATSE members employed on streaming productions. However, immediate industry reaction suggests that yet another heated negotiation looms on the horizon when the three-year deal expires. 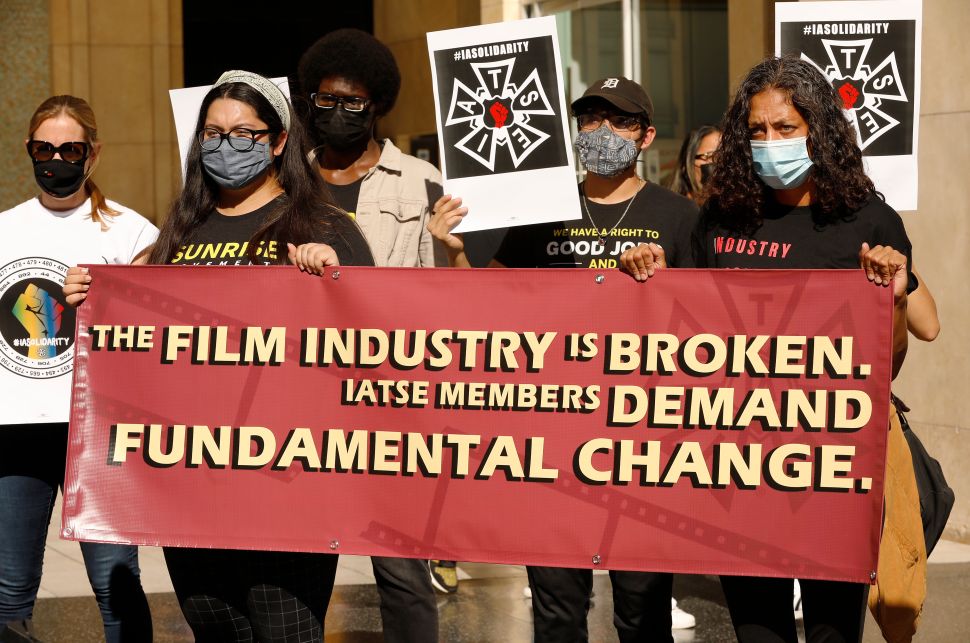